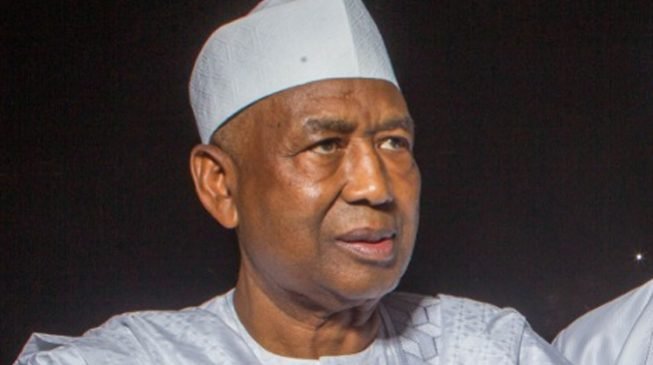 42
SHARES
1.1k
VIEWS
Share on WhatsAppShare on FacebookShare on TwitterShare on LinkedInShare on TelegramSend as Email
ADVERTISEMENT

Former President, Chief Olusegun Obasanjo on Tuesday described the late Mallam Isa Funtua as a patriotic and law abiding Nigerian whose contribution to the stability and development of the country cannot be overemphasized.

The former Nigerian leader also described Funtua as a rare quality during his tenure as the President of Nigeria in 1999-2007.

Obasanjo in reaction to the death of the elder statesman, business mogul and politician, through his media aide Kehinde Akinyemi, said that his contributions to the implementation of the nation’s capital in the years would not go unrecognized.

He said “there is no doubt, this is a grievous loss to his family, his friends and associates, Katsina State and, indeed, the entire nation. We commiserate with the entire family of Mallam Isa-Funtua and the great people of Katsina State over this great loss.

I have a vision of a new Nigeria – Obasanjo

“Mallam Isa-Funtua was a well-respected elder-statesman, an accomplished business mogul/publisher, an astute politician and a frontline industrialist whose various contributions to the development of governance and public administration have ensured for him an evergreen memory in the hearts of many admirers and associates, particularly during the administration of H.E. President Shehu Shagari under whom he served as Honourable Minister of Water Resources as well as during his membership of the committee of the 1994-1995 Constitutional Conference that came up with models in key areas of Nigeria’s existence.

“As the founder of Bulet International Nigeria Limited, Mallam Isa-Funtua’s robust identification with the objective of my administration as the President of the Federal Republic of Nigeria between 1999 and 2007 in implementing the master plan of the nation’s capital, FCT, cannot go unrecognised. He built some of the iconic public buildings in Abuja and remained steadfast in making the FCT a more habitable place and a major tourist and investment zone.”

Obasanjo also acknowledged Funtua’s efforts in educational and philanthropic activities, “in particular, his great contributions, as a member of Board of Trustees of the Bells University of Technology (BUT) to the orderly growth and development of the institution will remain evergreen in the annals of the University.

“He exhibited boundless generosity through his kind donation to the erection of the entrance gate of the BUT. His direct involvement in the administration of the University and kind gestures, no doubt, could easily be considered as a testimony of his deep love, concern and admiration for the University in particular and human capital development in general.

“Our nation also certainly owes him a debt of gratitude for the immense contributions he had made over the years to the development of media industry in the country. He was the publisher of the Democrat Newspapers during military dictatorship, particularly the regime of General Sani Abacha, when decrees restrained freedom of speech and his newspaper thundered against the ills of that era. Until his death, he was the life patron of Newspaper’s Proprietors Association of Nigeria (NPAN) and his contributions were always that of a committed patriot with a well-developed sense of equity, justice and fair-play.

“For his patriotism, courage, frankness and steadfastness, Mallam Isa-Funtua will be long remembered by those who knew him and those who care about the evolution of a virile democratic culture in our nation.

“We pray that the Almighty will forgive him his sins and comfort his family and friends.”

I have a vision of a new Nigeria – Obasanjo 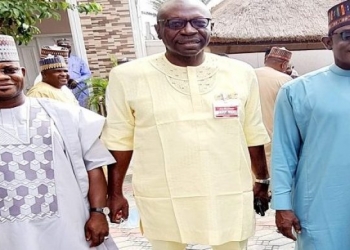