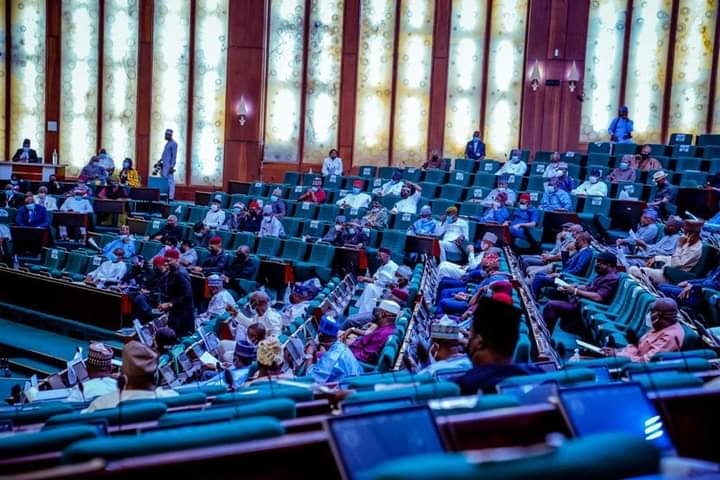 The estate residents in a petition dated April 14  2021 accused the Federal Housing Authority (FHA) of deliberately encroaching into the green zone of the estate.

The estate residents who were represented by Engr Funso Fasipe, a member of Adkan estate resident board of trustees, the Chairman, Barrister Akanbi and Mrs Chidinma Agomo, Secretary of the board of Trustees narrated their ordeal to the committee.

The petition had it that there is a plan by FHA to encroach on the green zone meant for recreational activities.

The trio explained: “that even as we speak FHA has sold part of the land and our water tank reservoir has been pulled down and sold to a hotelier who has completed the building of his hotel in parts of the designated green zone. Part of the green zone has been allocated to individuals”.

They asked the Committee to ensure that FHA  stopped further sale of the green zone.

“That the temporary police station and FRSC structure should be left untouched so that hoodlums do not take advantage to constitute a nuisance .

“That chains of hotel and businesses have sprang up in the area since FHA sold most of the land to private individuals,” the petitioners presented.

In its defence FCDA said they had to mark those temporary portacabin and make shift kiosks because they ran against the FCDA master plan and that land allotment is the prerogative of FHA and not FCDA.

They said the case is currently in court, which made the committee say they do not need to continue the case but can effect corrections, stating that it’s just the area of encroachment  that the court was to adjudicate on but that it is presently on hold due to the strike by judiciary workers.

The committee advised the estate to include FHA, the police and FRSC before it can take the matter up because they are the ones in charge of land allotment and not FCDA.

In its ruling, the committee ordered suspension of any activity on the said estate as demolishing structures like the police station will allow criminal activities in the area now that the security situation in the country is bad before adjourning to June 8 when all parties may have been properly served.

What Salah said after I dived against Liverpool - Wolves defender