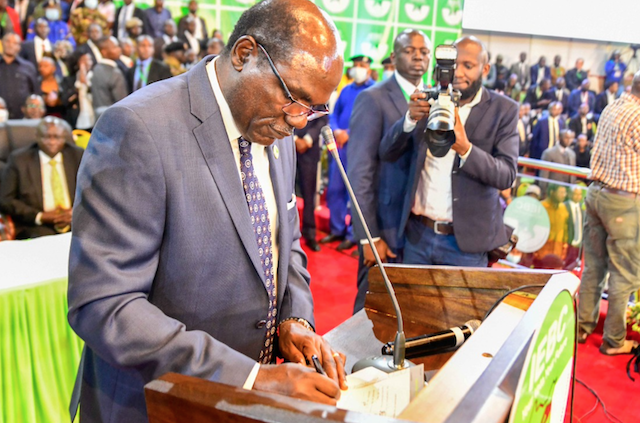 The Supreme Court of Kenya on Monday dismissed a petition challenging William Ruto as president-elect, paving the way for his swearing-in next week in line with the country’s constitution.

A seven-judge bench unanimously agreed that Ruto met the constitutional threshold to be declared the east African nation’s fifth president, putting to rest a week-long legal battle with his closest rival in the Aug. 9, presidential election, Raila Odinga.

Earlier, Odinga has alleged that a team working for Ruto hacked into the commission’s system and replaced genuine pictures of polling station result forms with fake ones increasing Ruto’s share.

“The evidence that has been presented by the petitioner shows a well-orchestrated and fraudulent scheme that was executed with military precision,” Odinga’s lawyer, Philip Murgor said earlier.

Four out of seven election commissioners also disowned the result announced by the commission chairman, saying the tallying had been opaque.