European soccer has lost a “huge player” in Zlatan Ibrahimovic but the striker will raise the level of the game...

A total of 39 Controllers of the Nigerian Prisons Service (NPS) on Friday completed a six-week advance management training aimed... 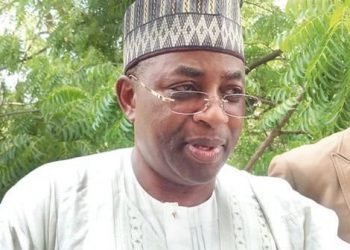 Gov. Mohammed Abubakar of Bauchi State has called for unity and tolerance among the residents as they celebrate the Easter...

Russia expelled diplomats from 23 countries on Friday in a wave of retaliatory measures against the West in a spy...

Man City doctor has spoken to players about snus – Guardiola

Liverpool: Nothing decided on Emre Can future – Klopp

Liverpool manager, Jurgen Klopp says "nothing is decided" on the future of midfielder Emre Can and contract talks are ongoing....

Los Blancos boss, Zinedine Zidane reveals he has no issue with Isco's comments over game-time this week and insists he...

The Nigerian Air Force (NAF) has completed plans to hold the third edition of the NAF inter-command combat sports competition...

Three-time champion and eighth seed Venus Williams has been knocked out of the Miami Open in the quarter-finals by qualifier...