by Ehichioya Ezomon
in Columnist
Reading Time: 4 mins read
A A
0 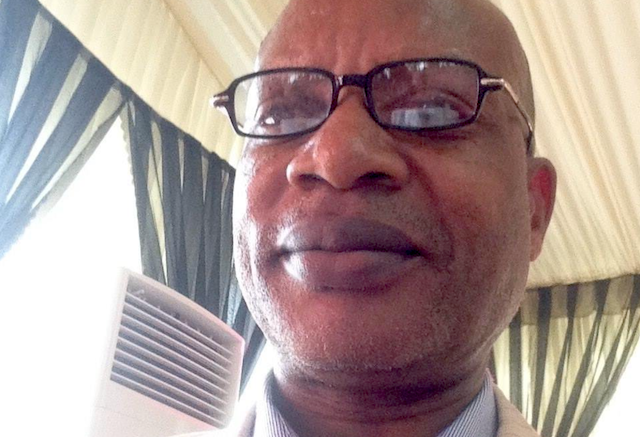 Politics is a game of intrigues in which politicians attempt to outwit each other by any means possible – including underhand tactics – to gain advantage.

Like in war, all is fair in politics. Politicians can insitigate crises in the opponent’s camp, especially during elections, such as the 2023 General Election in Nigeria.

The Peoples Democratic Party – battling to retake power it’d lost in 2015 – is even conjuring issues in the All Progressives Congress for the February 25 presidential poll.

As an opposition, the PDP desires discord in the APC, to prompt the defeat of the APC ticket holders, Bola Ahmed Tinubu and Kashim Shettima. Check these headlines:

These captions represent statements issued by the PDP Presidential Campaign Council, in reaction to or remarks about real or imagined crises in the APC.

The aim is to put Tinubu’s alleged negatives on the front burner, as campaigns for the February poll reach a feverish pitch.

Let’s examine these headlines from the November 23 screamer that President Muhammadu Buhari and the APC National Chairman Abdullahi Adamu had abandoned the Tinubu-Shettima campaign.

As Chairman, Buhari inaugurated the APC campaign council in Abuja on October 21, and lunch of the Tinubu-Shettima campaigns in Jos, Plateau State, on November 15.

Thereafter, Buhari didn’t participate in other APC campaign stops, despite his pledge to ensure a successor on the party platform.

This fuelled rumours that Buhari and Adamu had abandoned the Tinubu-Shettima ticket due to Tinubu’s alleged baggage.

But presidential spokesman, Garba Shehu, issued a statement on December 21, reaffirming Buhari’s commitment to campaign for all APC candidates in 2023.

Shehu said: “The President assures All Progressives Congress and its candidates in the elections next year (2023) that he is ready at all times to campaign for the Presidential Candidate and all party candidates with ‘full energy and conviction.’

“This is to dispel expressed concerns… that the President has not featured in campaigns since the national launch in Jos, Plateau State and to stress that while he remains committed to party politics, the functions and duties of the President will equally be upheld at all times.”

Shehu’s clarification didn’t dispel the alleged rejection of the Tinubu-Shettima ticket by Buhari, with the PDP urging him “not to waste your time on Tinubu.”

And as weeks rolled into months with no Buhari on the campaign trail, Tinubu reportedly met the president, to plead with him to join the Tinubu-Shettima state rallies.

The parley yielded results, and the APC PCC, on January 5, revised its timetable, to indicate that Buhari would rally for the Tinubu-Shettima ticket in 10 states.

The PDP’s quick to mock Tinubu, saying, “dragging Buhari into campaigns can’t help you,” adding, “the APC candidate has a stained image,” and “will smear Buhari with his putrid stains.”

When Buhari resumed campaigns for the Tinubu-Shettima ticket on January 9 in Adamawa, PDP’s PCC spokesman Kola Ologbondiyan alleged the next day that he didn’t canvass votes for Tinubu, but “merely raised his hand.”

Ologbondiyan’s words: “The public watched as a visibly embarrassed Asiwaju Tinubu had to put up with President Buhari merely raising his hand without speaking on his (Tinubu’s) personality despite the pressure being mounted on him (Buhari).

“It is clear that President Buhari attended the APC rally… only to satisfy partisan exigencies and not to campaign for Asiwaju Tinubu, who is badgered by allegations for which most well-meaning Nigerians have distanced themselves from his presidential bid.”

Buhari didn’t overly campaign for Tinubu, but he’d said, “I want to present to you the Presidential candidate, Bola Ahmed Tinubu,” and raised Tinubu’s hand, adding, “and the Governorship candidate, Binani” (Sen. Aishatu Dahiru Ahmed) and also raised her hand.

Then Buhari said, “I will now present the party flags to both of them,” and he did so. There’s applause as Buhari presented Tinubu and Binani, and handed the APC flags to them, respectively.

Buhari urged the members to “vote for the APC and all our candidates,” and declared that, “APC is again going to be number one. There hasn’t been a lady Governor since we started this system. We are going to present one and she is going to win (and become the first lady Governor in Nigeria).”

So, without yielding to the PDP argument about Buhari not voicing support for Tinubu at the Yola, Adamawa rally, the party’s gloating would be apt had Buhari failed to present and hand Tinubu the APC flag, symbolising his choice and acceptance as the candidate for February’s poll.

But what about Buhari’s vocal support for Tinubu in Damaturu, Yobe State, on January 10, as he presented him (and Governor Mai Mala Buni for re-election)?

“I am here to present to you the Presidential candidate of our great party, Asiwaju Bola Ahmed Tinubu and the Governorship candidate in Yobe, Mai Mala Buni,” Buhari said.

“I accompany Asiwaju here to tell you to vote for him so that he can continue with my legacy of rebuilding Nigeria,” Buhari added, and raised Tinubu and Buni’s hands and handed them the APC flags.

It appears that the PDP hasn’t made any remarks about the Yobe rally, but the party’s issues with Tinubu’s presidential run persist, and they include that:

Tinubu isn’t qualified for President due to his alleged baggage from peddling narcotics and indictment by a United States court, for which Tinubu forfeited $460,000.

A cloudy parental background; age falsification and certificate forgery; identity theft; invisible means of stupendous wealth; and ill-health that impacts his mental acuity, and may hamper his performance if elected President next month.

Consequently, Ologbondiyan claimed on December 22 that, “Nigerians have registered their rejection of Tinubu as they have shown that they will never trust or elect a tainted individual… and established their preference for the Presidential Candidate of the PDP, Atiku Abubakar, over and above the deflated Tinubu as the next President of our great country.”

The PDP campaign council’s allegations and attacks haven’t shown any negative impact on the Tinubu-Shettima campaign. But will they in the 40 days to the poll? The jury will be out on February 25!