Home » Columnist » A Citizens Guide On How To Become President Of Nigeria, By Magnus Onyibe 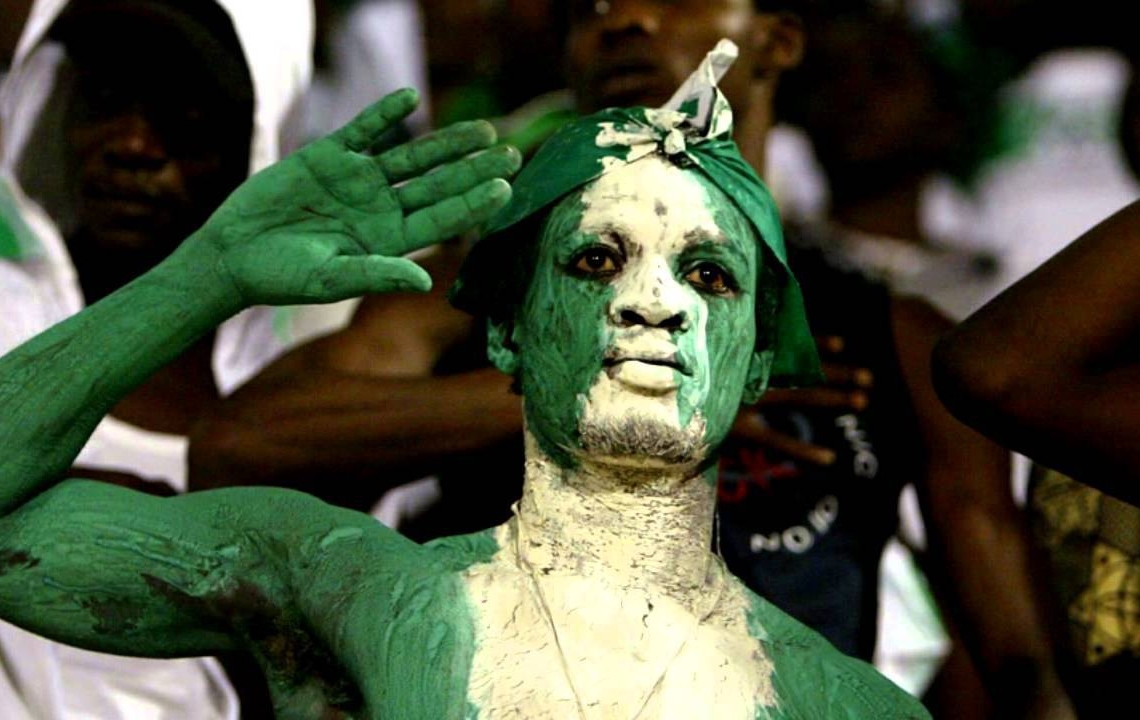 To become the president of Nigeria, you have to be a citizen of the country by birth. You don’t have to have Royal blood. Being a blue blood could have been a pre-condition if our country was a monarchy. But Nigeria operates a democratic system of government . And the nation is governed by rule of law in a democratic setting that is guided by the underlying principle of general elections driven by one man, one vote , and majority carries the vote as the grand norm.

The criteria for becoming the president of Nigeria is well laid out in the 1999 constitution as amended in 2018.

The conditions are that you must be : a citizen of Nigeria by birth; have attained the age of 35 years; be a member of a political party and sponsored by that political party; have been educated up to at least School Certificate level or its equivalent. There are other granular and technical details such as winning 2/3 majority of votes spread across all the geographical zones in the country to be declared a winner in a presidential election in Nigeria .

Apart from the first republic when the leaders were more or less aristocrats especially in the northern region where feudalism was the prevalent system of governance , subsequent leaders have been ordinary folks like you-the reader and l, who strove to become president of Nigeria through dogged determination or were thrown up by political circumstances.

After the civil war (1967-70) , and the military interregnum, Nigeria returned to multiparty democracy in 1979 with Shehu Shagari , a retired school teacher from Sokoto, former member of federal House of Representatives and one time cabinet minister in charge of economic development in 1971 ( he replaced Obafemi Awolowo in the cabinet) under the watch of Army General , Yakubu Gowon, as military head of state.

He had ruled Nigeria as a junta from 1976-79 after another military head of state , General Muritala Mohamed was assassinated in a bloody coup detat.

Obasanjo later returned as a democratically elected president in 1999.

It is note worthy that Obasanjo who was succeeded by Umar Yar’adua in 2007 was (as men and women in uniform along with their civilian counterparts joke amongst themselves , a ‘bloody’ soldier with a humble beginning.

Umaru Yar’adua that was Nigeria’s number one citizen from 2007 to 2010 before he passed away while still in his first term in office, was also simply a teacher. Aided by the virtue of his family pedigree, Yar’adua became the governor of katsina state and after a successful two term tenure, he got elected president of Nigeria in 2007.

Thereafter, Mohammadu Buhari , also an ex military head of state , took over the reigns of power as president of Nigeria and he will be holding sway until May, 2023.

What is remarkable in the brief presidential chronicle above is that our compatriots who became president were mainly teachers and members of the armed forces who were particularly ordinary folks before they became number one citizens of our great country at various points in time.

So it is essential to point out that , without exception, every Nigerian , irrespective of tribe or creed can become the president of our country .

In the case of Umaru Yar’adua, he became president largely by virtue of his family pedigree as his elder brother Shehu Yar’adua had been no 2 citizen under Obasanjo’s military regime, even as his father Umaru Yar’adua snr, had been a cabinet minister in charge of Lagos affairs during Nigeria’s first republic(1960-66)

As for Goodluck Jonathan , providence played a significant role in his emergence as president of Nigeria.

It is a position that he legally assumed following the introduction of the famous ‘Doctrine of Necessity’ by the National Assembly, NASS.

The new law cured the leadership lacuna created by the unexpected demise of a seating president without the transmission of presidential power to the Vice President which at that time was not automatic.

The point being made here is that , of the five personalities that have been president of Nigeria since independence, three were school teachers and two have been soldiers.

What that amazing statistics suggest is that it is not rocket science for anybody to be the president of Nigeria as long as he/she meets the minimum criteria set out in the 1999 constitution earlier highlighted.

However, to become the president of Nigeria one has to be popular. In other words , the person has to have national name recognition. That is simply because , (believe it or not) running for the presidency of Nigeria is a popularity contest of a sort. For instance , Yar’adua was aided by family pedigree as both his father and elder brother had occupied public offices nationally .

Similarly, it was easier for both Obasanjo and Buhari to become presidents because they had at some point in time been thrust into national consciousness as military heads of state. The very popular, Moshood Kashimawo Okikiola Abiola nearly became president of Nigeria because of his popularity that is anchored on his philanthropy, active involvement in the sponsorship of sporting activities, including owning a football club- Abiola Babes and a national newspaper,The Concord.

In my personal assessment, being all that the iconic M.K.O Abiola was, is one genuine and practical pathway to becoming the president of Nigeria.

As a testament to the popularity and political savviness of Abiola, he defeated his opponent, Dawakin Tofa in Kano -a conservative traditional Hausa/Fulani political stronghold.

That is perhaps why the 1993 presidential elections, which was annulled before the result could be announced, is adjudged as the most authentic election in Nigeria till date.

A further validation of the fact that the competition for political office is a sort of popularity contest can be found in the emergence of president Donald Trump a billionaire, real estate mogul and television game show host as president in the United States of America , USA (2017-21)

Before Trump, there was Ronald Reagan (1981-9) an ex American movie star who served as the 40th president of the USA.

Arnold Schwarzenegger, an Austrian born American body builder who later became an action movie star also emerged the governor of California-the biggest and richest state in the USA(2003-11). He could have vied for the presidency, but for the fact that he was not born in the USA (but in Austria) which is a prerequisite for becoming the president of that country.

A former wrestler and movie star, Jesse Ventura also won the governorship of the state of Minnesota, USA (1999-2003) on the basis of popularism.

In Ukraine , a comedian who played president on television , Volodymyr Zelensky became the president of his country in 2019 based on his popularity.

Back in Africa , George Oppong Weah, ex football star is currently the president of the west African country, Liberia.
A role he has played since 2017.

Were it not for the viciousness of the current president of Uganda, Yoweri Museveni who reportedly applied repressive and anti democracy measures to intimidate his main rival in the last presidential race, a popular musician, Robert Kyagulanyi Ssentamu – better known by his stage name Bobi Wine , was on track to becoming the president of Uganda in January, 2021.

All these developments buttress the fact that popularity plays a significant role in winning the presidency anywhere in the world.

Another curious discovery about becoming the president of Nigeria would be that the southerners who have so far become presidents- Obasanjo and Jonathan got there, somehow by default: Obasanjo became head of state in 1976 because Murtala Mohamed got assassinated and he stepped into his boss’s shoes, just as Jonathan was president only because president Yar’adua , his boss, suddenly passed away in office too. So he got elevated to the status via the instrumentality of the ‘Doctrine of Necessity’.

Would a southern presidential candidate without the backing of northern politicians be able to win the presidency of Nigeria ?

This rhetorical question speaks to the claim made by Hakeem Baba-Ahmed , the spokesman of Northern Elders Forum, NEF , in a media interview to the effect that the northern region holds the ace in determining who becomes the president of Nigeria:

“We will lead Nigeria the way we have led Nigeria before, whether we are President or Vice President, we will lead Nigeria. We have the majority of the votes and the democracy says vote whom you want.” Although he has practically walked back that confrontational stance which was countered by southern nationalists who interpreted the caustic comment as suggesting that the north is claiming the entitlement to perpetually rule Nigeria, it is an absurd position of which most leading lights in the north have already distanced themselves and acknowledged as being at best, whimsical.

That is a billion dollar question which would be responded to on October 31, when the main opposition political party , the PDP holds her national convention and in December when the ruling party , APC would equally hold their convention.

Although presidential power play is largely about popularity, it also significantly utilizes conspiracies and alliances as the oxygen and blood for positioning popular candidates for victory in presidential polls .

The aforementioned political life giving elements are infused into the political system by gadflies,kingmakers or godfathers who provide the political structures nationwide and the financial muscle for their candidates (which can go as high as one hundred billion naira) to become president of Nigeria.

While the role of godfathers in Nigerian political space can be said to be visceral , it appears to have become entrenched as most Nigerian politicians seem to have acquiesced with it.

In the final analysis, it should be borne in mind that this piece is part of my soon to be released book “How To Become President Of Nigeria:A Citizen’s Guide” and it is only a practical guide.
Further technical guidance on how to become president of Nigeria can be gleaned from the 1999 constitution of the Federal Republic of Nigeria as amended in 2018 and the electoral act 2010 amended in 2021 and awaiting presidential assent.

[Devotional] IN HIS PRESENCE: Give us this day our daily bread