A house of opportunities – Udeme Nana 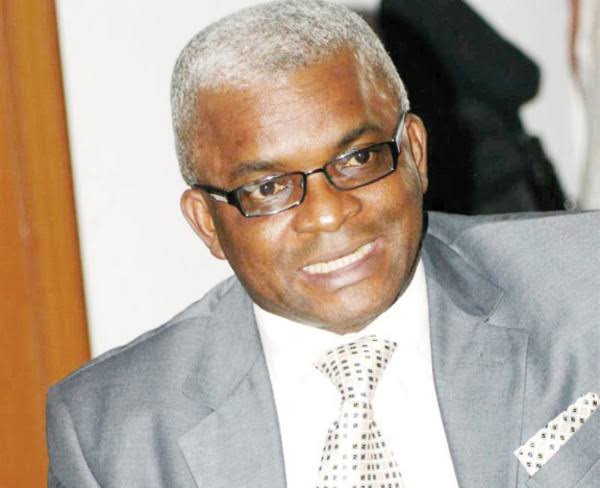 The other day, a 61-year-old lawyer and former Member of the House of Representatives, infact, the spokesman of the House in his time, walked into the monthly meeting of Uyo Book Club and shared the story of the life of his late father. Mr. Eseme Eyibo regaled Members of the intellectual hub about how his late father, a village carpenter used to walk from Eket in the morning to Etinan to fix stools and wooden doors for people only to walk back to his humble homestead in Eket in the evening.

However, the man, whose offsprings have immortalized him, saw an opportunity to drop his carpentry tools and port into teaching. Today, The House of Eyibo, THOE, is in the philanthropy of giving scholarships to students in various disciplines, with emphasis on Law, Pharmacy and Medicine.

The House of Eyibo is not just a physical structure. This article is about a towering building in Uyo, in a choice and well-secured part of the Capital city, which occupies more than 18, 000 square meters on an expanse of 48,200 square meters, with a 500 capacity parking lot. That house was formally opened as part of activities to mark the 34th Anniversary of the creation of Akwa Ibom State by the Vice President of Nigeria, Prof. Yemi Osibanjo with a fulfilled Governor Udom Emmanuel, his officials, special guests, stakeholders in the state grinning in satisfaction and beaming with smiles. That house was one unique birthday cake to the people of the State. A birthday cake, not to be eaten and digested  with choice wine or water but one to be leased to choice tenants.

Already, the Nigerian National Petroleum Company, NNPC, through the Minister of state for Petroleum Resources, Chief Timipre Sylva, has indicated interest to take two floors. Built for such high- end tenants which include International Oil companies, indigenous Oil companies prospecting and drilling in the State, the 21 storey state-of-the-art house holds much more than its glittering sight at day and in the night sky. It has changed the profile of the capital city to the town with the tallest building in the Niger Delta region of Nigeria.

In recent history, the world has witnessed and embraced opportunities that saw drone technology replacing still – hand held cameras for photography and video coverage. Also, the banking sector has evolved to bring several opportunities where smart people have exploited. It is pertinent to point to transformation in writing from longhand to typing with typewriters to desktops, laptops, palm-tops. Our society has seen the transformation from ‘Alalok’ to the prevalent corporate taxis. There were people who saw opportunities in the music industry from recording on turntable disc players to compact disc’s, flash drives, music players and blue-tooth mediated downloads.

The society has seen the evolution from stationary telephones to  mobile phones of various types and sizes complete with digital cameras, television and radio access. One could go on and on to reel out opportunities that came in the wake of new facilities which visionaries explored and exploited for economic gain. The brand new intelligence edifice is one such house of opportunities beyond what the eyes can readily see. It is a boon to techies.

This was aptly captured by Mr. Udom Inoyo, former Vice Chairman of ExxonMobil Companies in Nigeria in his Keynote Address to participants in the Akwa Ibom Technology Week held on Friday, 17th September 2021. Speaking on the theme ‘Positioning Akwa Ibom Youths for Global Success in the 21st Century, Mr. Inoyo pointed to opportunities awaiting the youths in “the servicing of the smart building”. According to the widely exposed erstwhile oil company executive, “youths are expected to leverage on the low technology adoption rate within the state as an opportunity to explore new frontiers to test and market their capabilities”.

He told the budding techies ‘you must be smart to access multiple frontiers with promising economic opportunities and break technological barriers”.

If the youths took that tip offered by Mr. Inoyo who, given his vast knowledge and experience spanning 31 years in an industry that adapted easily to new technologies, the youths would not only become employees in that facility but employers of labor who would occupy office spaces in the city, pay taxes, improve their purchasing power and would be challenged to join the pantheon of technopreneurs who saw opportunities in emergent systems or circumstances and take bold steps to explore and exploit such opportunities for the benefit of humanity.

Mr Inoyo cited the example of several youths globally and in Nigeria including Mark Essien, who innovated with a hotel booking platform to serve the needs of customers. To walk his talk, the Advisor of Inoyo Toro Foundation, a Non Governmental Organization which has impacted the lives of thousands of people in the state since its inception more than a decade ago, further affirmed the Foundation’s mission to support innovative solutions that will stimulate capacity development to enhance economic growth in the state. He announced a build and grow boot camp for 72 techies valued at more than N100million where all the participants would be inducted into the African Fintech Community Platform with access to markets, partners and investors.

The inauguration of that beautiful house in Uyo, therefore provides a challenge to the teeming youths of the state to examine critically, the opportunities offered by the state of the art facilities with a view to leveraging on the strategic window to add value. As Mr. Inoyo charged, youths should grab this house of opportunities “with open hands and make the best of it”.