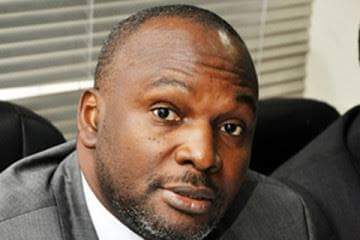 Today, I pay tribute to a friend, brother, confidant and above all a visionary.

I first met Albert in Warri in the early seventies at their family home through
his elder brother Patrick Okumagba who was and remains my bosom friend .

Even way back then, there was always something special in Albert : handsome, idolized, somewhat shy, but always self assured and precocious.

I wish I were writing this for Albert’s grand birthday party or at his much anticipated spectacular relaunch of the BGL corporate brand, but certainly not at his obituary !
But life can be really so cruel and unfair sometimes.

It is really so cruel and unfair that the life of this great man, with his ever present smile, warmth, banter; his verve and pioneering courageous strides in structuring and nurturing capital formation to grow conglomerates has been cut short and snatched away from all of us !

Is it fair that all that hard work of building corporate bridges, plotting the future and daring to be different and being visionary in the midst of regulatory strictures should come this abrupt end without his due reward?

When Albert called me from Abuja a few days before his passing, he was his usual bullish and boisterous self . He spoke about an imminent end to the the long drawn nagging saga of his firm. He spoke of the imminent emergence of a bigger, better BGL that will be much more diversified with new offerings and a much more diversified product portfolio. So you see, my friend and brother was his usual visionary self plotting the future trajectory of his firm until his last breath !
In Albert Egbaroghene Okumagba, some saw a man bubbling with ideas and called him a dreamer. But those of us who knew him well, saw a great visionary who plotted exact pathways to prosperity for conglomerates and corporate Nigeria.
Egba was a strategic, long term thinker who may have often felt frustrated by a regulatory environment that resisted honest appraisal of the big picture.
A man truly ahead of his times . Never self effacing, he had the physical, mental and intellectual capacity that filled any room with an ever present smile, banter and deep business insights. But always a very humble and trusting man, but sometimes too trusting to a fault!
In an era when friendships, and loyalties are so fickle, Albert was a friend and business contact you could trust .
Egba was so full of life and the gusto to live . At our periodic breakfast meetings, he would loudly announce his presence at the door and walk with a swagger straight to the dining table…
” Oga, wey the dry fish pepper soup nav” ?
” ..wetin? See fresh fish here…and another chicken pepper soup here na ” ? I will retort.
” you know I like the Combined Honours…the combo with dry fish, chicken and fresh fish pepper soup and plantain..” he will insist.
Finally, the dry fish pepper soup arrives, and he will then sample all three pepper soup dishes with relish.
What a man !
In the business environment, it is one thing to craft strategies and position papers and stay positive when everything works out .
But it is what you do and who you truly become when you are faced with enormous challenges in the middle of a storm that sets you apart as a true professional .
Albert was in a corporate storm in the last five years or so. But he remained a thoroughbred professional, committed to his convictions and true to his name( Egba = Strength) and fought a good fight .
The pessimist sees difficulties in every opportunity. But Egba was an incurable optimist who saw opportunities
in every challenge.
He would storm into my home articulating ideas even before taking an offered seat …
” Oga, we are sitting on a goldmine , but we are too busy sharing money we don’t even realise it ….Just fly from Lagos to Calabar, see the miles and miles of white, sandy unspoilt natural beaches..that’s money ! …Think about building a tourist corridor along those beaches…hotels, rail links, helipads, roads…the tourists will pour in foreign currency round the clock… with the music, theatre film, comedy , fashion sectors fully integrated…see explosion in youth employment..Oga, I will raise the money and make it happen! ”
At another meeting, he is bristling with a fresh idea…
” Oga, see how we are blessed? See where we are located on the map of Africa ? We are the real heartbeat of Africa…That’s why we need an Aerotropolis…passenger, cargo, agriculture maintenance airports, real 5-star hotels, rail lines running directly into the Aerotropolis, complementary services like engineering, catering, complementary real estates , convention centres, golf courses …and a central airport hub that will connect west and central Africa…everyone flying into west and central Africa will fly into Lagos first …so what are we waiting for ?
Oga, I will make it happen! ”
Albert had solutions to every imaginable corporate and national challenge.
When Egba is in his visionary mode, he bubbles, becomes really excited about a future he can see, build and touch .

But first, he needed to survive the very many man made and somewhat intractable corporate storms and intrigues around him before he could fully deploy his innovative skills, visionary abilities and his Can Do spirit.
But he was consistent in his belief in his ability to overcome all the induced crisis him and his firm till the very end .
In truth, he had a somewhat misplaced faith in people and the system, and believed that all his genuine efforts, his visionary and trail blazing records should be major assets to be recognized and assisted by his friends, regulators and the system in the resolution of the BGL crisis .
But surrounded by intrigues and subterfuge, he never for once lamented ” why me ? “, but always stayed positive by asking ” how can I and BGL come out of this crisis bigger, stronger and better ” ?
Egba always believed that an easy road never took anyone to a great destination.
So he fought hard to walk through very treacherous and booby trapped roads hoping to arrive at a great destination.
Sadly, we now know that his sagacity and very brave journey through that treacherous road was tragic.
He saw the great destination, barely arrived at the great destination, but neither did he touch or savour its greatness before he was cruelly snatched from us !
Albert Egbaroghene Okumagba, my friend, my brother and confidant. I know you are having a smooth passage right now to paradise because you stayed true to your Christian beliefs and held on strongly to your Catholic faith till the very end.
May the Lord grant your lovely wife and children the fortitude to bear your irreparable loss; and may your soul find a peaceful repose in the bosom of the Lord.
Amen.