Home » Columnist » Baptism and the Challenges of Unity, By Stephen Ojapah MSP

Baptism and the Challenges of Unity, By Stephen Ojapah MSP 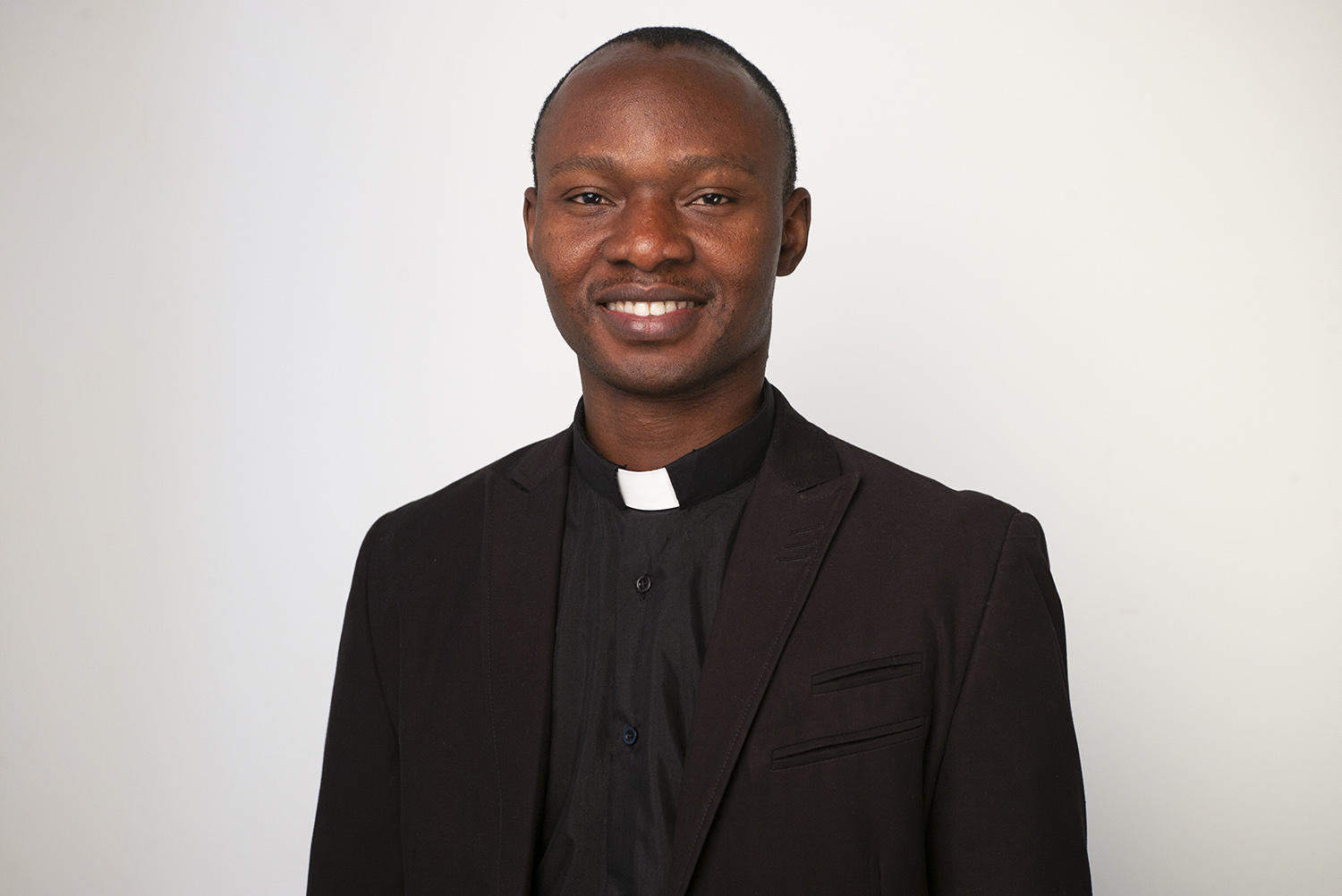 Today, the Catholic Church everywhere in the world, celebrates the baptism of our Lord Jesus Christ, in the river Jordan by John Baptist. The Feast of the Baptism of our Lord, marks the end of the Christmas Season. Baptism, from the Greek noun (βάπτισμα) baptisma, is a Christian rite of admission and adoption and almost invariably with the use of water, into Christianity. The Church administers baptism by sprinkling or pouring water on the head of the candidate (affusion), or by immersing the candidate into water either partially or completely (immersion). Baptism is considered a sacrament in most churches, and as an ordinance in others. Baptism according to the Trinitarian formula, which is done in most mainstream Christian denominations, is seen as being a basis for Christian ecumenism: the concept of unity amongst Christians. Baptism is also called christening, although some reserve the word “christening” for the baptism of infants.

Martyrdom was identified early in Church history as “baptism by blood”, enabling the salvation of martyrs who had not been baptized by water. Later, the Catholic Church identified a baptism of desire, by which those preparing for baptism who die before actually receiving the sacrament are considered saved. Some Christians regards baptism as necessary for salvation, but some writers, such as Huldrych Zwingli (1484–1531), have denied its necessity. Quakers and The Salvation Army do not practice water baptism at all. Among denominations that practice water baptism, differences occur in the manner and mode of baptizing and in the understanding of the significance of the rite. Most Christians baptize using the Trinitarian formula: In the name of the Father, and of the Son, and of the Holy Spirit, following the Great Commission (Mathew 28:19), but some baptize using the name of Jesus only. Much more than half of all Christians baptize infants. Many others regard only adult baptism as true baptism.

Baptism has similarities to Tvilah, a Jewish purification ritual of immersing in water, which is required for, among other things, conversion to Judaism, but which differs in being repeatable, while baptism is to be performed only once. (In fact, the Modern Hebrew term for   baptism is “Christian Tvilah”.  John the Baptist, who is considered a forerunner to Christianity, used baptism as the central sacrament of his messianic movement. The Apostle Paul distinguished between the baptism of John, “baptism of repentance” and baptism in the name of Jesus, and it is questionable whether Christian baptism was in some way linked with that of John. The synoptic gospels recount that John the Baptist baptized Jesus and Christians consider Jesus to have instituted the sacrament of baptism.

Though some form of immersion was likely the most common method of baptism in the early church, many of the writings from the ancient church appeared to view this mode of baptism as inconsequential. The Didache, which is a summary of the Lord’s, teaching through the twelve apostles (AD 60–150) allowed for affusion practices in situations where immersion was not practical. Likewise, Tertullian (AD 196–212) allowed for varying approaches to baptism even if those practices did not conform to biblical or traditional mandates (cf. De corona militis 3; De baptismo 17). Finally, Cyprian (ca. AD 256) explicitly stated that the amount of water was inconsequential and defended immersion, and affusion practices (Epistle 75.12). As a result, there was no uniform or consistent mode of baptism in the ancient church prior to the fourth century. By the third and fourth centuries, baptism involved catechetical instruction as well as chrismation, exorcisms, laying on of hands, and recitation of a creed. In the early middle ages infant baptism became common and the rite was significantly simplified. In Western Europe affusion became the normal mode of baptism between the twelfth and fourteenth centuries, though immersion was still practiced into the sixteenth. In the medieval period, some radical Christians rejected the sacrament of baptism. Sects such as the Tondrakians  Cathars, Arnoldist, Petrobrusians, Henricans, Brethren of the Free Spirit and the Lollards, were regarded as heretics by the Catholic Church. In the sixteenth century, Martin Luther retained baptism as a sacrament, but Swiss reformer Huldrych Zwingli considered baptism and the Lord’s Supper to be symbolic. Anabaptists denied the validity of the practice of infant baptism, and re-baptized converts.

The Catholic, Lutheran, Anglican, Presbyterian and Methodist. Churches accept baptism performed by other denominations within this group as valid, subject to certain conditions, including the use of the Trinitarian formula. It is only possible to be baptized once, thus people with valid baptisms from other denominations may not be baptized again upon conversion or transfer. For Roman Catholics, this is affirmed in the Canon Law 864, in which it is written that every person not yet baptized and only such a person is capable of baptism. Such people are accepted upon making a profession of faith and, if they have not yet validly received the sacrament/rite of confirmation or chrismation, by being confirmed. Specifically, Methodist theologians argued that since God never abrogated a covenant made and sealed with proper intentionality, rebaptism was never an option, unless the original baptism had been defective by not having been made in the name of the Trinity. In some cases it can be difficult to decide if the original baptism was in fact valid; if there is doubt, conditional baptism is administered, with a formula on the lines of “If you are not yet baptized, I baptize you”.

Christianity in the world is faced with myriads of challenges that has impeded the spreading of the Gospel message. Jesus prayed for the unity of his children, that they may all be one (John 17:21). Baptism has become a huge source of disunity in some churches around the world. The Christian community in Northern Nigeria, amongst its many political and social challenges, have made baptism a very contentious issue. For example the Catholic and Anglican Churches in some northern parts of Nigeria have engaged in bitter controversy with the Christian communities of ECWA, Baptists, and Assemblies of God over baptism. Ten Catholic girls between November 2020 and January 2021 had to abandon their marriages after the bride prices have been paid, because the pastors of the churches their spouses are coming from: ECWA, Assemblies of God and Baptists Communities insisted those girls most be re-baptized because according to them the Catholic Church does not practice a valid baptism. A particular case ended so badly in the civil courts. A big shame to the body of Christ.

We may never have the honour of experiencing a Christianity that has one teaching, one practice and one leadership figure. The least we can do is to rally around Jesus and the bible. But let us equally put History before us to guide us all. The Catholic Church has over two thousand years of history to share with the world. Christians in Katsina, Zamfara, Jigawa, Kano, and Maiduguri who use immersion in a river, as a necessary condition for baptism, need to read the essay of St. Cyprian, one of the fathers of the early church, on the volume of water needed for Baptism (256 AD). They need to ask how are the persecuted Christians in China, North Korea, and Saudi Arabia baptized ? The Christian Association of Nigeria has done very well in some areas as it regards the issues concerning Christians. But they have failed to address the issue of Baptism, the very foundation of our faith as Christians. The Universal week of Prayer for Christian unity begins from the 18th to the 25th of January 2021. I will like to use this opportunity to call on all Bishops, Priests, and Pastors, to take some time out and participate actively in this coming events. May Jesus help us all to achieve the unity we truly pray and hope for. 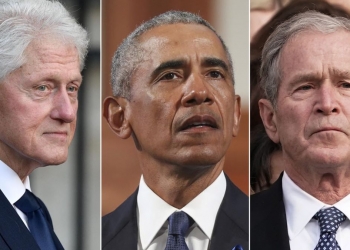 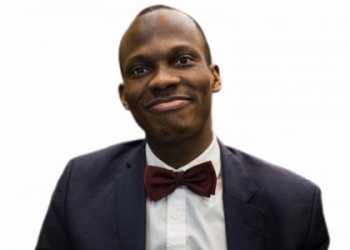 Leadership: Addressing the Challenges of a Recession, By Dr Alim Abubakre