Between Zulum and Fayemi, a good story for Telecoms? – Okoh Aihe 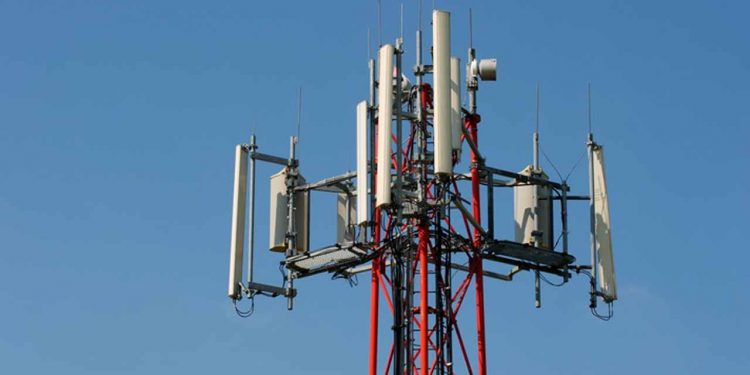 I have been thinking of two governors lately – Dr John Kayode Fayemi and Prof. Babagana Umara Zulum of Ekiti and Bornu States, respectively. Each time I ask myself, can this two be change agents in a positive way to bring the dividends of democracy to their people concerning telecommunication services and accompanying enablement? I mean not the kind of dividends that bring returns only to the pockets of the politicians but real change, the type that can wipe away tears from the faces of the ordinary folks and replace their bitterness and sorrow with honey and the good things of life. At least, for once, let that little infra dig be given the rare opportunity to dissolve a cube of sugar with his tongue, apologies to Ola Rotimi, and enjoy the goodness of life.

I ask myself, can this duo fill the leadership void so very pronounced and prevalent today to let the people know that something good can come from our land, different from praise singing, when a dirge should have been more appropriate, and genuflecting instead of pervasive condemnation? I was prepared to sing an oriki this morning but even the Yorubas will agree with me that no oriki can come from broken tongues, apologies to Dr Amanze Obi. I do not intend to dampen your day; I am only suggesting that our actions in government should be symmetrical with the hopes and aspirations of the people. Zulum presents brightening hope in country facing very serious challenges which government wants to lobotomize from our memory and experience as a people.

When his convoy was attacked on July 29, 2020, by defeated insurgents while on his way to Baga, Zulum presented the other side of the story, the inside story not cocooned in normalcy, which they don’t want us to hear. He didn’t hide his consternation and readiness to die only if his people could have peace, when he condemned the insincerity of the security folks around him.

Zulum has been very active. Reliving his time at IBM in a book titled, Who says Elephants Can’t Dance? Louis V. Gerstner, Jr. wrote: “I have always believed you cannot run a successful enterprise from behind a desk.” Adjusted moderately you will agree that no state governor can run a successful state by staying behind his desk in the state capital. Zulum exemplifies that. He has been very busy while staring reality in the face, perhaps with the conviction that desperate times need some naked truth and force of will.

Beloved by many as a governor who would speak the truth in a season of disappearing honesty, Zulum’s latest tangle is with frontline telecoms service provider, MTN. An innocuous story in the media last week informed that the governor is into discussions with MTN by way of encouraging and partnering with the operator to green-light at least 50 base stations that were taken out by the insurgents. That is leadership. The leader knows what is best for his people and does not pretend about it. This is no publicity stunt. Zulum knows that the state is in bad shape as a result of the activities of defeated insurgents and is not ashamed to seek help from whoever is in a position to give it.

The governor’s pragmatism is not an ordinary call. A highly placed source at MTN confirmed to this writer that Zulum actually had a meeting with them and they were prepared to do business with the governor for his very audacious request. Explaining that in the past MTN could not take unilateral action in order not to expose its workers to danger, the source noted that Zulum’s readiness to assist with security and other necessary support are enough to spur the operator into action.

The Association of Licensed Telecommunications Operators in Nigeria (ALTON) are quite excited about the foresightedness of the governor in his efforts to revamp business activities in the state. Chairman of the Association, Engr Gbenga Adebayo, told this writer on Monday that the governor’s rapprochement will be rewarded by robust cooperation of its members who had felt disillusioned about the general atmosphere in that part of the country which was not safe for the life of the people or business. Adebayo is encouraging other governors to emulate Zulum in tackling telecom challenges.
This brings me to the story of the Dr Kayode Fayemi, the governor of Ekiti State. As the Chairman of the Governors Forum, the governor has been largely praised for signing Executive Order, No. 007 of 2020, which reduced Right of Way (RoW) Charges for telecommunication infrastructure in Ekiti State by 97 per cent, from N4, 500 to N145. The governor is leading by example and so many other states have followed this very positive approach to telecoms infrastructure build out.

In celebrating the governor, ALTON wrote in a letter of appreciation dated, May 19, 2020: “This is a laudable decision, which would not only reduce the costs of deployment of telecommunication infrastructure in the State but also significantly encourage ICT development in the State and in turn improve the ability of telecommunication operators to support the Federal Government’s target of achieving 70% broadband penetration by 2025.

“As rightly noted by His Excellency, the decision would create an enabling environment for businesses, ensure ease of doing business in the State, and facilitate the provision of reliable and affordable broadband connectivity to the people in the State. In addition, the decision is expected to further attract investments for the development of telecommunication infrastructure in the State in line with the ease of doing business initiative and ultimately boost socio-economic activities and the internally generated revenue of the State,” ALTON gushed.

Let me now explain why the oriki got trapped in broken tongues. While Fayemi was giving an Executive Order to attract telecom operators to the state, with encomiums pouring in from far and wide, the Ekiti State Internal Revenue Service (EKIRS) was paving the path of contradiction, leading the state away from a new dawn of development, to a past where less than average was seen as perfection. Anachronism has a seat in governance sometimes and only the bold can dislodge it.

While the ALTON letter of May 19, 2020, to Fayemi serenaded him to no end, another letter dated June 2, 2020, wasn’t that very salutary. Instead the letter titled: Introduction of New Fees and Charges on Telecommunication Infrastructure in Ekiti State – Request for Your Urgent Intervention, was to seek the quick intervention of the governor in resolving a cocktail of taxes slammed on telecom operators in EKiti State. Should I say a plethora of taxes! I am looking for the right word to describe the development but perhaps you can merge the two. I am sure like drug in the veins, for the addicts, a mixture of the two words can produce the kind of concoction that will be very damaging to the health of telecoms business in Ekiti State.

Here are the charges being canvassed by EKIRS and for which the operators are being pressured. They include: Building/Planning Permit for each BTS/Mast – N1, 350, 000; RoW Charges per Linear Metre – N2, 500; Inspection/Project Management Fee per BTS/Mast – N135, 000; Annual Administrative Charges per BTS/Mast – N180, 000; and Annual Maintenance Access Fee per Linear Metre – N 300 (applicable to existing fibre ducts and cables laid in any road across the state).
The ALTON letter to Fayemi points out the inconsistency in the charges of the tax drivers and how their actions fly in the face of a state and federal government trumpeting ease of doing business with intent to attract investors to state and country. ALTON argues that such charges will invalidate government’s effort in achieving the 70 per cent broadband penetration target stipulated in the Nigerian National Broadband Plan 2020 –2025.

My simple question is: What is happening in Ekiti State? How can the governor and EKIRS be running in opposite directions? On the RoW reduction the governor demonstrated strength in leadership and decision making. What really is happening? Has Fayemi fallen for the filthy lucre that telecoms yields the highest returns in taxes and therefore abort his long term dream for the state?

Engr Adebayo describes the development as giving something with the smallest finger and taking it back with the whole hand. What a grotesque way of withdrawing a gift? The wider implications are not very good; not for the state and not for the telecommunications industry.
This is the time for Fayemi to backtrack, reappraise the situation and reload in order to regain full strength to execute his dreams for Ekiti State. As the chairman of the Governors Forum, his actions should encourage colleagues like Zulum that what he plans to do with MTN is the right thing to do for a people living in a country that is starved of empathetic leadership.
Okoh Aihe writes from Abuja