Home » Columnist » Buhari and the Education Summit, By Sonnie Ekwowusi 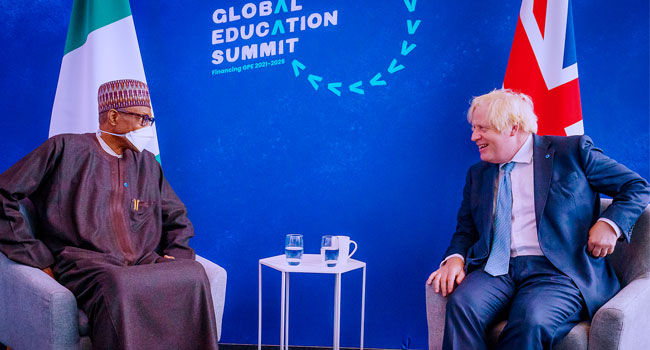 Speaking at the Global Education Summit in London last week, President Buhari stated that no person can succeed outside his educational qualification. Hear Mr. President, “You can’t succeed outside your educational qualification. Anybody who missed education has missed everything. Nigerians are acutely aware of the priority of education, and parents are making sacrifices to ensure that their children and wards get educated.”

“You can’t succeed outside your educational qualification. Anybody who missed education has missed everything,” is Buhari’s personal allusion to his educational qualification and how it has impacted his job as the President of Nigeria. Justice is something profoundly personal. A guilty person might escape human justice: he might take flight from his guilt through ingenious rationalization, but what he cannot escape from is the ultimate justice in the recesses of his conscience. In Fyodor Mikhailovich Dostoyevsky’s Crime and Punishment, Raskolnikov tried to erase his crime from his heart by ingenious rationalization, but upon discovering the inescapable basis for ultimate justice in his heart, he travelled to Siberia and served an eight year prison term in order to at least appease his conscience. President Buhari is not succeeding outside his educational qualification: he is succeeding within his educational qualification. Mr. President has educational qualifications. He acquired his West Africa Examination Council certificate. He is a graduate of the University of Cambridge. So says the 9/11 Tribunal judgment. So has the Supreme Court, Nigeria’s apex court, affirmed. If the Tribunal and Nigeria’s apex court have ruled that President Buhari has a certificate, who are you to question whether or not President Buhari has a certificate? Who are you to continue grumbling and gossiping that President Buhari did not go to school? Pursuant to the combined effects of sections 131(d) and 318 (1)(a-d) of the 1999 Constitution a person shall be qualified for election to the office of a President of Nigeria if he possess a school certificate or a secondary school certificate or its equivalent or even a primary school certificate or Grade 11 Teacher’s certificate. Note that sections 131(d) and 318(a-d) viva voce stipulate that the candidate seeking election as President must provide the certificates issued to him by the relevant authorities in his educational pursuit. President Buhari has satisfied the aforesaid constitutional requirement. He is a holder of Cambridge University certificate. I am sure none of these arm-chair Buhari critics has seen the four walls of Cambridge University let alone possess a Cambridge certificate.

President Buhari has brought his education to bear on governance. That’s why he said last week that “anybody who missed education has missed everything”. Mr. President came to power on the mantra of eliminating corruption in Nigeria under the ideological catchphrase “war against corruption”. This phrase is impregnated with a very deep meaning. Only highly philosophical minds can understand the phrase. In fact, the phrase reminds us about the political ideologies of Zik and Awo. “War against corruption”. This is Buhari’s brain-child. Today Nigeria is free from corruption. All politicians and others who stole government money are being sent to jail. You cannot find corrupt people in the ruling party APC. This is why any politician who decamps from his party and joins the APC will no longer be accused of corruption. So, no corrupt people in APC. The only political party where you can find corrupt people is the PDP, and, government is sparing no effort in sending all those corrupt PDP people to jail. Those who accuse President Buhari of corruption are missing education otherwise why should they be accusing President Buhari who did not miss education of corruption.

President Buhari is being accused of nepotism. His critics say that despite stating in his Inauguration Speech “I belong to everybody and I belong to nobody, President Buhari has ended up becoming a President only for the Fulanis. It is obvious that Buhari’s critics do not understand the complex Cambridge English language spoken by Buhari. Well, it is not their fault. Unlike Buhari who holds a Cambridge University certificate, his critics only hold village secondary school certificates. I want to advise Buhari’s critics to go back and reread what he said in his Inauguration Speech. Mr. President did not say that he did not belong to the Fulanis or any other tribe: he said that he did not belong to anybody. And truly President Buhari has shown that he does not belong to anybody. For example, Asiwaju Bola Tinubu used to believe that Buhari belonged to him until Mr. President told him viva voce in Lagos in June 2021, “You cannot sit there in Lagos, for instance, and decide on the fate of APC on zoning”. So, you can see that Buhari is a master of the English language. You can see how in one simple stroke of sentence he destroyed Asiwaju’s vaulting political ambition to become the President of Nigeria in 2023.

“Political appointments in Nigeria under the Buhari administration do not reflect the Federal Character. The appointments are lopsided. They are skewed in favour of Buhari’s friends, cronies and country people”. In response, Cambridge-certificate holder Buhari says “the constituents that gave me 97% [of the vote] cannot in all honesty be treated on some issues with constituencies that gave me 5%.”. The import of this is that constituents which did not vote for Buhari or sparingly voted for him during the last Presidential election should be punished or denied what ordinarily in justice should accrue to them for rejecting Buhari at the last polls. Very few Igbos voted for Buhari during the last presidential election. So, why should Igbos be expecting to be treated well with the rest of the country who voted for Buhari?. Mr. President is right because he did not miss education neither did education miss him. His certificate is with the military. His official WAEC Statement of Result bearing the name Mohamed Buhari and showing the different school subjects that he passed is there for everybody to inspect. Those arguing that candidate Mohamed Buhari is different from candidate Mohammadu Buhari should be arrested by the DSS and detained in Kure prisons for embarrassing Mr. President. During the Tribunal hearing, President Buhari tendered through his then Chief of Staff Abba Kyari, a Cambridge WAEC Statement of result where he scored different grades in different school subjects. So the President did not miss education.

For the umpteenth time President Buhari has told Southern State Governors banning cattle grazing routes to come to him for proper education on cattle grazing rights. They should listen to the President because he is annoyed with them. Many of them were either not born or were babies during the First Republic when cattle rearing was practiced in Nigeria. These Southern Governors did not consult Mr. President before banning cattle grazing. Therefore Mr.President has commanded the Federal Attorney General and Minister for Justice to recover all confiscated cattle grazing routes in Nigeria and make them accessible to the Fulani herders. Educating us on the general insecurity in Nigeria, Mr. President has told us to stop worrying because his government is on top of the bad situation. Cambridge education. So why worry when you can rely on President Buhari? I hope you are now convinced that “anybody who missed education has missed everything” 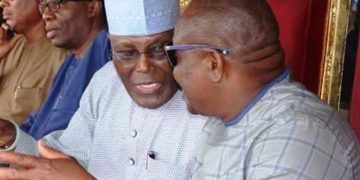