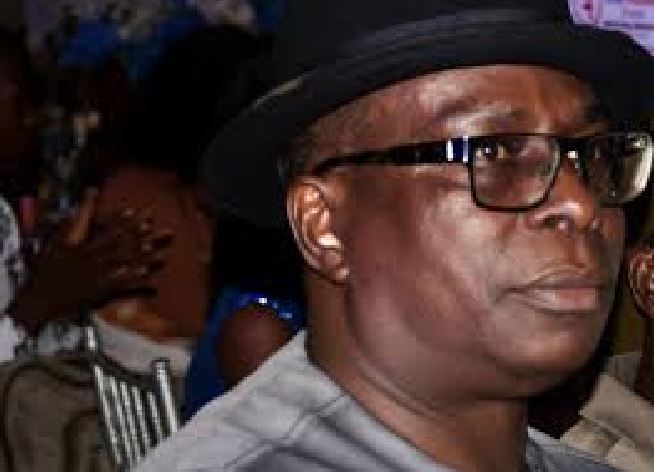 The President’s speech destabilized me- Simi

Recently the president, General Muhammadu Buhari was inundated with letters from some Nigerians and social cultural groups. Three of these letters  written by Colonel Umar Dangiwa, a former military governor; the Northern Consultative Forum and by Chief Edwin Kiagbodo Clarke need detain our attention  today given the issues they addressed. The NCF bemoaned the rising insecurity in the north and called the President’s attention to the fact that the callous murders taking place there have never been this bad; not even at the height of the Boko Haram terrorism.

Colonel Umar and Chief EK Clarke’s letters dwelled on the same issue. Summarised, they drew the President’s attention to a gross, and potentially volatile, injustice being foisted on the nation by the Buhari administration. They spoke to the rise of a  new super gang of seemingly superior Nigerians which is evolving under the promoted activities of this government, that is holding sway over our public life.  Though Colonel Umar was worried that ethnicity and religion are being made the paramount criteria for appointments under the Buhari administration, Chief Clarke was additionally concerned that people of the Niger Delta, where he is a leader, are hard done by this government through a deliberate act of discrimination not just in appointive offices but also in the normal course of public life.

Clarke and Umar seem to be describing the elephant from the angles from which they see it. Yet, the problem is far greater, more extensive, more foreboding than both leaders have painted it. For under the Buhari government, what has evolved over the past five years is a select core, indeed a deliberate attempt to create a core of favoured Nigerians, a select class of people, who all happen to be from a minority tribe, the Fulanis, with a sprinkling of other sub tribes in the north. To this group, all the important positions in government, in government departments and agencies are now reserved.

Indeed it has become so brazen that every law is broken to enthrone any of the chosen members. No longer are positions apportioned according to the federal character principle or any pretence to merit or competence. It is the era of open, reckless impunity. It is now so bad, that both the Chairman and secretary of the federal character commission, a body saddled with ensuring compliance to the federal character law, is now headed and controlled by two northerners! Of course, the story is widely told of how members of the Commission conspire with government agencies to sabotage the system they are made to protect. Someone I know says the rottenness in the system will take years to untangle long after Buhari is gone. Unbelievable but true.

Yet like Colonel Umar noted, you have to be of a certain religion to belong to this exclusive group. But it is not indeed true that it is the north versus the south only, in this matter. For indeed, even if you are a Fulani, the dominant minority group which is holding the nation in a vice jugular currently, if you are not from a favoured family or have a godfather among the favoured class, like we say in Warri, nothing for you. So there are many unhappy educated Fulanis, Hausas, and the many other ethnic groups in the north, who have found themselves outside this loop. As it is, the Buhari- created special class is quite diametrically different to that which the Sarduana of Sokoto, the late Sir Ahmadu Bello promoted. Under the Sarduana, the north was positioned to compete with the south. Religion and ethnicity were subjugated to a one north policy. Yes, there was its forebear, the Kaduna Mafia which after the war tried to do what this Buhari government orchestrated group is doing now. But they were never this brazen.

You can imagine how bad the problem under Buhari has become for one who was favoured under the Sarduana, and the Kaduna Mafia, to come out and warn of dire consequences of religion and ethnicity now being the determinant of appointments of people from the north, and indeed Nigeria, under the Buhari regime.

He wrote: “Mr President, I regret that there are no kind or gentle words to tell you that your skewed appointments into the offices of the federal government, favouring some and frustrating others, shall bring ruin and destruction to this nation.

“At this time and in the light of all that have happened since you took office, any conversation with you, Mr President, cannot gloss over the chaos that has overtaken appointments into government offices in your administration. All those who wish you and the country well must mince no words in warning you that Nigeria has become dangerously polarized and risk sliding into crisis on account of your administration’s lopsided appointments which continues to give undue preference to some sections of the country over others. No where is this more glaring than in the leadership cadre of our security services. ”

He continued: “…there is the pending matter of appointment of a Chief Judge of the Nigerian Court of Appeal which appears to be generating public interest. As it is, the most senior Judge, Justice Monica Dongban Mensem, a northern Christian, is serving out her second three-month term as acting Chief Judge without firm prospects that she will be confirmed substantive head. I do not know Justice Mensem but those who do attest to her competence, honesty and humility. She appears eminently qualified for appointment as the substantive Chief Judge of the Court of Appeal as she is also said to be highly recommended by the National Judicial Council. If she is not and is by passed in favour of the next in line who happens to be another northern Muslim, that would be truly odd,” Colonel Umar ominously warned.

Agreeing with the Colonel (rtd), Chief Clarke noted in his own letter: “Colonel Umar’s perspective is very correct…Today, it seems, the only qualifications for appointment in the federal civil service or public service, under your administration, are religion or ethnicity.”

To show how serious this matter is viewed by the Southern and Middlebelt leaders, 16 of them approached The Federal High Court, Abuja, to file a  N50bn  suit to challenge the lopsided appointments and marginalisation of the people of the regions by President Muhammadu Buhari.

Lets take a few examples of what has piqued the leaders of the South and Middlebelt to resort to taking President Buhari and his government to court can be gleaned from the current situation at the  Nigerian Port Authority. NPA like every financial powerhouse is colonised by this President Buhari promoted lords, the Federal character is thrown to the dogs. Of 23 topmost positions, the north has 15 General Managers while seven were conceded to the entire south. Even so, they are posted to “none significant” departments. This is the outlook in most major government establishments.

Across many government departments today, especially those considered prime, this elite  class must not only occupy the pole position, every senior position to the fourth and fifth level must be occupied by them. Take the EFCC as a case study. Not only are the most senior officers from the rank of these special breeds, the various heads of the commission across the nation are also from the north and are of a particular religion. Add this to the fact that not one single southerner has been considered competent enough to head this agency in the 21 years of its establishment. No southerner is found worthy to head the Nigerian Customs, Nigerian Port Authority or to be a  National Security Adviser or to be Chief of Army staff in recent history. General Azazi has been the only southern NSA since its formation. Like almost all major military institutions and positions which are only to be found in the north, every major department of government must now be occupied by only members of this special class of Nigerians. That must account for why the Nigerian National Petroleum Corporation now mostly finds competent Nigerians from the north to head it, head all the refineries, and all of its key agencies.

Under the Buhari presidency, all the heads of the security apparatus, excluding only the navy, are all northerners. All strategic military and security organisations and schools, including all the new army, police and other universities are all located in the north. It is like a group of conquerors have descended on, and overran the nation. And they are doing all they can to pillage and cart away the resources of the people for themselves. In the blind pursuit of ambition and wealth, they fail to observe that Kaduna which supposedly is the security capital of the nation is almost succumbing to the firepower of bandits.

Like it was mentioned earlier, since after the Nigerian civil war, the group who believe they are born to rule have always been with us, evolving and acquiring more and more authoritative power. True, they have always promoted and positioned themselves, as the conquerors, and Nigeria as their fiefdom. Nevertheless, the sub group which has evolved from them under the Buhari presidency has now fully enthroned itself as the lords of Nigeria. Never, in our history, have they been so brazen, never have they had the courage to act with so much impunity, damning all who claim Nigeria as their motherland.

General Muhammadu Buhari, since his emergence as president, appears to be their high priest. In body language and in appointments, he has positioned his government as the promoter of this group. Under him, they have gotten new wings, have become more audacious, more daring. Even the pretence that was the Federal Character Commission has been corralled into silence and conspiratorial indulgence, having been made a collaborator and partaker in the emerging spoils of dominance.

Nothing of recent has posed more threat to the unity and continued oneness of Nigeria as a nation than these new breed of “lords” who are appropriating the milk and honey of the nation to themselves and themselves alone. 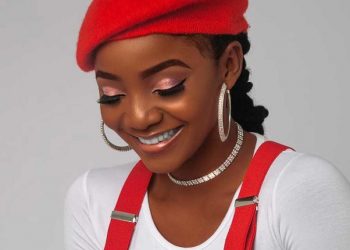 The President’s speech destabilized me- Simi 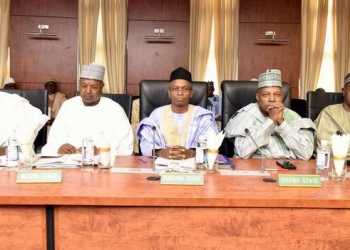