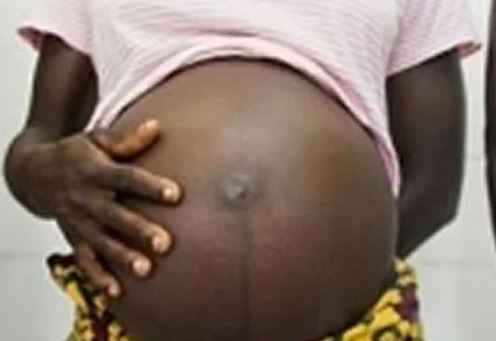 Troubled marriages are fertile grounds for extramarital affairs. The ‘conditional’ illicit affairs often breed children whose paternity issues often generate controversy, litigation and scandal. Only few of such cases occur as a result of sheer indulgence and sexual adventures.

Fathers are the sources of life to children and fortresses to their women. A fatherless life could be very challenging and harrowing. Single and lonely women truly appreciate men better than some women in marriage. Good men are essential and inevitable need in the life of women and children. Responsible men and dutiful fathers are in short supply in our society today.

No child, except Jesus Christ, was ever born into this world without a father sowing the seed through sexual intimacy with a woman. It is impossible for same-sex married couples to procreate because “He (God) created them male and female” from the beginning of human existence. No child is born a bastard but they could be described as “illegitimate” where the paternity is found to be fraudulent.

Nigerians entered 2021 with the carryover of a sad story of the death of 45 years old Tunde Thomas who was alleged to have died of cardiac arrest. His heart failure was attributed to the shock wave of the heartbreak he suffered when he allegedly discovered that his two children were biologically fathered by the former boss of his banker ex-wife, Moyo Thomas.

The matter has since dominated the media space as different dimensions to the narrative keep surfacing. While a statement purportedly issued by “Moyo’s Associates” countered the claim that Moyo told her husband that he was not the father of her children, the accounts earlier given by those who claim to know about the story are insisting that Tunde Thomas’ death did emanate from the devastating discovery. Meanwhile, the board of directors of the bank whose managing director is being accused of “inappropriate relationship” with his ex-member of staff, has set a probe in motion over the allegation. As at the time of writing this column, no statement has been made either by Moyo or by the man who has been asked to proceed of compulsory leave pending the conclusion of the investigation.

But the crux of the matter is to unravel the mystery surrounding his death especially if indeed Moyo communicated the paternity of her children to her late husband or not. Meanwhile, the deceased was said to have suffered a partial stroke in 2018 from which he recovered. It was also stated that they separated in 2017 and Tunde was said to have “paid a visit to the USA to visit the children in June 2018” after his recovery from the stroke. It was also put on record that he spoke with the children November 26, 2020 being the Thanksgiving Day in the US. The associates averred that how he died of cardiac arrest suddenly remains puzzling. They appealed to the public and nosy media to allow Moyo, the children and Tunde’s pregnant girlfriend mourn him in peace.

A similar incident had occurred in January 2019 in the United Kingdom in which a banker fathered the three children presumed to belong to a 55-year- old businessman and co-founder of Moneysupermarket.com, Richard Mason. Because of the development, he demanded a refund of £4 million cash sum paid as part of his divorce settlement in 2018, while still pressing charges on paternity fraud against his ex-wife, Kate. Mason sued his wife of 20 years when a doctor told him that he suffered from cystic fibrosis and was incapable of having children of his own. That meant the children he had raised as his own since 1995 must have been conceived during an affair. In her tacit admittance of guilt, Mrs. Mason agreed to settle matters with a payment of £250,000 on condition that the biological father of the children will remain anonymous. What a deal!

Despite provocative and daring moves by Mr. Mason to cause the hidden father of the children to surface, his ex-wife parried every dart fired in that direction and opted for a financial settlement with the proviso of keeping the father of her children secret and unknown. Mr. Mason had expected that speaking publicly will bring further details of his ex-wife’s affair to light and caused the man to come forward for the sake of the children. However, a source close to the family said the sons “don’t want to know” about their biological father as they are “trying to get on with their lives” and still consider Mr. Mason their true parent despite keeping communication distance from him. The source said his decision to go public had come as a “shock and surprise,” adding: “I assume the natural father, whoever he is, has not made any contact and no doubt doesn’t even know they exist.”

Mrs. Mason admitted that in the late 1990s she had been having an irregular, four-year affair with another man. Her eldest son was born in the 1995, while his brothers – twins – were born in 1999. No further details were disclosed about her secret lover, except that the man was a colleague at Barclays bank whom she met whenever she visited London in her role as a union official. Mrs. Mason’s had insisted that each son should have a Jewish middle name and her former husband, who now lives with his new wife in Rhos, North Wales, believes this detail could provide a clue to the biological father’s identity.

A common denominator in both cases is that the marriages were troubled and eventually got broken up. Incidentally, those involved in the illicit affairs are bankers. That is not to say there are no such sacrilegious sexual intimacy going on in other spheres of human activities including religious circles. Infidelity has become so rampant that it’s assuming to be a norm.

The risk involved in extramarital affairs is huge; one of which is producing children whose paternity often generate controversy and scandal. I learnt of a celebrity whose child is fathered by her mentor. The incident is best kept as a top secret because the husband has an extremely low sperm count issue. Several of such cases abound everywhere in our modern society.
The position of the law as evident in the pronouncements of our courts seems to make the issue of paternity technically a ‘no-go area’ especially where the marriage is subsisting. Simply put: any child or children born while in marriage or those born within 280 days after separation are legally fathered by the husband. This is regardless of the outcome of DNA tests which the court may not likely admit in its decision. The paternity choice of adult children is left entirely to their discretion, just like in the case of Mason’s. Whoever they claim to be their father is validly so.

Now that the situation is itching towards tragic death and suicide, caution should be applied in search of perceived illegitimacy or otherwise of children. Since people do adopt children and they offer them parental love, care and inheritance, I think men should save their breaths from chasing shadows in order to live long. Women, too, should behave responsibly and exercise restraint in the fear of God. Any woman whose husband dies as a result of heartbreak or shock due to such act of betrayal will not be guiltless of murder charges before God and man. Enough of this heartbreaking, inordinate and wicked craving.
Covid is real, stay safe. Do enjoy your weekend.
• West wrote via [email protected] 08059964446

Quote:
“Since people do adopt children and they offer them parental love, care and inheritance, I think men should save their breaths from chasing shadows in order to live long. Women, too, should behave responsibly and exercise restraint in the fear of God.”