Crucified to the world- Femi Aribisala

The angel says about Jesus: “He will save his people from their sins.” (Matthew 1:21). But if you were to ask Christians how Jesus saves us from our sins, you would get a confused silence. Or they may tell you he saves us from eternal damnation in hellfire. But even if this hellfire exists, we are not in it now, so how can we be saved from what we are not experiencing in the here and now?

Answer me this: if there is neither hell nor life after death, would Jesus still have come to save us? Yes indeed! In order for Jesus to save us from our sins, he has first to save us from this sinful world. Jesus came: “that he might deliver us from this present evil age, according to the will of our God and Father.” (Galatians 1:3).

Thereby, God: “delivered us from the power of darkness and conveyed us into the kingdom of the Son of his love.” (Colossians 1:13). In effect, Jesus saves us from this world.

You are no longer a human being – Femi Aribisala

In the Old Testament, the Israelites were saved from Egypt, but did not seem to understand this. They thought God only saved them from their enslavement and oppression in Egypt. However, God’s salvation went far deeper than that, otherwise God could have killed off the Egyptians and left the Israelites in Egypt.

However, the Israelites did not appreciate this. They had no problem with the Egyptian lifestyle. As a matter of fact, they would have readily accepted to become the rulers of Egypt. Therefore, they soon despised the manna God gave them for food in the wilderness and longed instead for the delicacies of Egypt.

They asked: “Who will give us meat to eat? We remember the fish which we ate freely in Egypt, the cucumbers, the melons, the leeks, the onions, and the garlic; but now our whole being is dried up; there is nothing at all except this manna before our eyes!” (Numbers 11:3-6). They did not appreciate that they were saved even from the cucumbers and leeks and onions of Egypt.

In the end, they wanted to go back to Egypt. Thereby, they despised God’s salvation.

Salvation from the world

Egypt is a type of the world in which we now live. In which case, God also saves us from the world and from all that is in the world. While in the Old Testament, God sent Moses to take the Israelites physically out of Egypt; in the New Testament, he has sent Jesus to take us spiritually out of the world.

Rightly understood, Jesus saves us from everything in the world. He saves us, for example, from fashionable jeans. He saves us from Mercedes Benz. He saves us from chieftaincy titles. Accordingly, Paul admonishes the redeemed: “Do not be conformed to this world, but be transformed by the renewing of your mind, that you may prove what is that good and acceptable and perfect will of God.” (Romans 12:2).

Therefore, if you are a believer and you understand God’s salvation, there would be a difference between the way you were dressing before you met the Lord, and the way you are dressing now. You would not dress according to the fashions of this world, but: “modestly, with decency and propriety, not with braided hair or gold or pearls or expensive clothes, but with good deeds.” (1 Timothy 2:9-10).

There would also be a difference in the books you read now; in the friends you have, and in the films you watch. You would be dead to the world and to yourself. You would lose all interest in sin and worldliness. You would no longer love yourself.

You would stop lavishing money on yourself. You might even stop buying the things you like and stop eating the food you like to eat. You would stop being the centre of your universe. You would stop celebrating your birthday. Instead, you would deny yourself, carry your cross and follow Jesus. (Matthew 16:24).

You are not married, and it is a big deal. The focus of your prayers is about getting married. You feel everybody is getting married except you. You say: “God what about me? What is happening to me? Why am I left out?”

The problem is not that you are left out or that God has forgotten or forsaken you. The problem is that your soul is still not saved. You are sold on the world. You are still impelled and motivated by the demands, fashions and desires of the world.

Where did he learn this? He learnt it at the feet of Christ. He learned it at the school of the Holy Spirit.

In both cases, they opted for the carnal and temporal and rejected the spiritual and the eternal. You are no longer a human being – Femi Aribisala 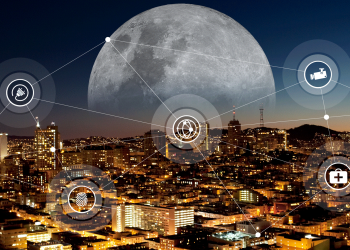 Idea of creation of NDDC board is from Buhari- Akpabio