Home » Live Report » David and the abuse of power, By Cornelius Afebu Omonokhua

David and the abuse of power, By Cornelius Afebu Omonokhua 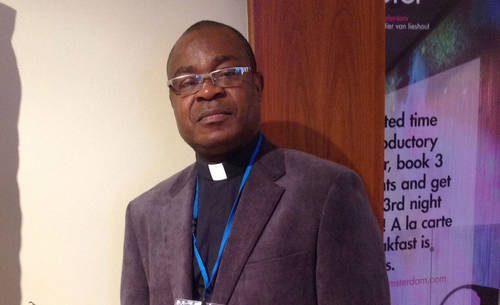 When a person is given a position of authority, his attitude to wealth, wine and women reveals the real person. The greatest warrior in the world is a person who wield victory over his or her temperaments. A follow up to this is the extent a person can control his appetites for food, drink and sex. Abuse of power and authority can be perceived in the desire for illegitimate private gain in carrying out official duties. This takes the form of bullying, harassing behaviour, using staff for personal favour, pressuring staff to distort facts and encouraging corruption. Abuse of power can occur when those in authority assume absolute freedom to create a high self-esteem with the money that is budgeted for the common good. To think that you are not accountable to anybody or those you serve except your Superior is dangerous. This is a serious disservice to the people (cf. https://www.google.com, May, 11, 2018).

David was a man of integrity who earned fame by killing Goliath (1 Samuel 17). He was a warrior who had conquered the lion and the bear such that “David said to Saul, “Your servant has been keeping his father’s sheep. When a lion or a bear came and carried off a sheep from the flock, I went after it, struck it and rescued the sheep from its mouth. When it turned on me, I seized it by its hair, struck it and killed it. Your servant has killed both the lion and the bear; this uncircumcised Philistine will be like one of them, because he has defied the armies of the living God. The Lord who rescued me from the paw of the lion and the paw of the bear will rescue me from the hand of this Philistine” (1 Samuel 17:34-37). David saved the life of Saul who wanted to kill him out of jealousy. He respected the Lord’s anointed (1 Samuel 24: 1-22). He knew the value of friendship and so wept for Jonathan his friend and King Saul (2 Samuel 1). He did not celebrate the death of his son Absalom. He mourned him even though he committed treason by trying to overthrow him and kill him (2 Samuel 18).

Given these qualities, David became the King of Israel and Judah by popular demand, choose and acclamation. David was a warrior over everything except his own selfish temperamentsand passion. He could not win victory over his lust. He was ready to do evil to satisfy his lust. The people of Israel demanded a king who would lead them to war. David ignored his role of Commander in Chief who was anointed to lead the people to war (1 Samuel 8: 4-6). “In the spring, at the time when kings go off to war, David sent Joab out with the king’s men and the whole Israelite army. They destroyed the Ammonites and besieged Rabbah. But David remained in Jerusalem (2 Samuel 11: 1). “One evening David got up from his bed and walked around on the roof of the palace. From the roof he saw a woman bathing. The woman was very beautiful,  and David sent someone to find out about her. The man said, “She is Bathsheba, the daughter of Eliam and the wife of Uriah the Hittite.” Then David sent messengers to get her. She came to him, and he slept with her. Then she went back home. 5 The woman conceived and sent word to David, saying, “I am pregnant” (2 Samuel 11: 2-4)

David responded like a dictator. He “sent this word to Joab: “Send me Uriah the Hittite.” And Joab sent him to David. When Uriah came to him, David asked him how Joab was, how the soldiers were and how the war was going. Then David said to Uriah, “Go down to your house and wash your feet.” So Uriah left the palace, and a gift from the king was sent after him.  But Uriah slept at the entrance to the palace with all his master’s servants and did not go down to his house (2 Samuel 11: 6-9).David did not bother about the ethics of war whereas Uriah who was a Hittite kept the rule of not sleeping with his wife during war. “Uriah said to David, “The ark and Israel and Judah are staying in tents, and my commander Joab and my lord’s men are camped in the open country. How could I go to my house to eat and drink and make love to my wife? As surely as you live, I will not do such a thing” (2 Samuel 11).

David proceeded to commit murder by killing Uriah the Hittite”(2 Samuel 11:14-17). In the platform of Mission and Dialogue, different scholars commented on this incident of David in African context. Sr. Prof. Teresa Okure SHCJ says that,“Dictators and tyrants succeed because people sheepishly obey them against their own God-given conscience. David asked someone to call him the wife of Uriah, a “pagan”; the person did. He sent message to Joab to send Uriah to him; Joab did. He did his very best to get Uriah to go home and have intercourse with his wife so as to cover up his sin. Uriah refused because military law forbade sexual intercourse during combat time. Had Uriah lost or betrayed his personal integrity, there would have been no story such as we have today. David sent Uriah back to Joab with gruesome instructions to kill him and many others in the process. Joab did. Uriah died. But lives on in the story. Without his integrity, David would have used his kingly power and authority to commit crime and get away with it. We need to be aware of the different ways in which we participate in collaborative criminality.”

Here the Nigerian rulers need self-examination. God forbids that the cunny way David enabled the death of Uriah is not what is happening to the Nigerian Soldiers who are being killed by the terrorists! Fr. Dr. Clement Anaedevha from the Mission and Dialogue platform “strongly suggest that the sincerity of the government and the governors of the states where the highest percentage of perpetuation are recorded must be questioned and brought to book before constructive dialogue can continue. At the moment, what we are doing lacks true foundation that can endure the test of time. Yet, whatever must be done should be urgent.” On the killing of many innocent people just because David want to kill one person, Uriah to cover his iniquities, Fr. Charles Esirah Bassey from the same platform expressed the pain he is feeling for the innocent people that are being killed and displaced in Nigeria. He calls on the Religious leaders to be the voice of the voiceless because “we do not want the disaster of another civil war.”  When incessant killings and deaths occur when there is no war, it becomes abnormal and evil.

This is why the political leadership should ensure that people are put in positions based on pure merit and be courageous to remove those who are not performing up to expectation. Would the call by the Nigerian House of Representatives for the removal of Military Service Chiefs change the insecurity climate in Nigeria (https./www.cfr.blog-nigeria)? I think the Honorable House could go beyond this given that the average Nigerian needs mental re-engineering, clear vision, change of negative attitude, redefinition of values, and aggressive recognition of professionalism of Nigerians in executing individual and national missions. The killers in Nigeria need to be arrested and reformed instead of a distinguished member of the house to take the floor of the house and talk nothing but a display of his four wives is an abuse of power and disservice to a nation where uncountable wives and children are kidnapped and killed on a daily basis. We need to reexamine our psyche, attitude, orientation and horizon. So help us Oh Almighty God.

The sure mercies of David (2) – Femi Aribisala The sure mercies of David (2) – Femi Aribisala 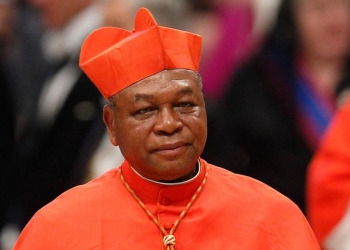 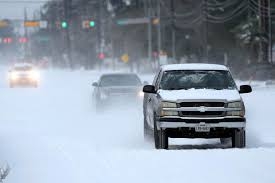