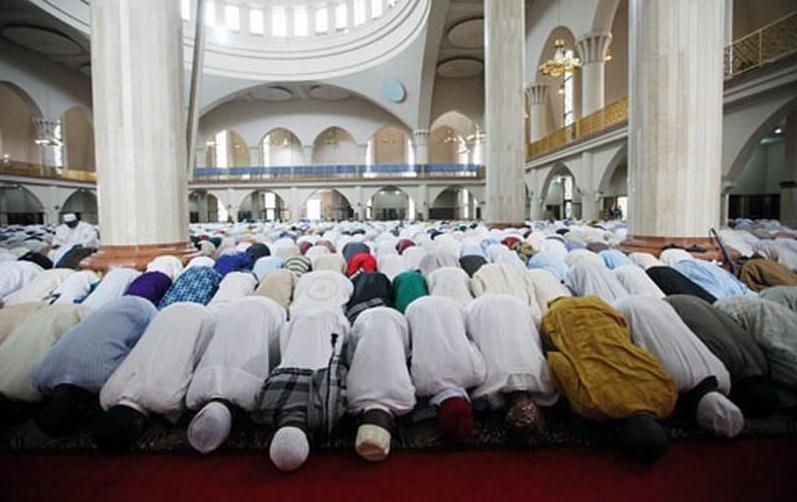 I was appointed Benin Archdiocesan director of Inter-religious dialogue and the Co-ordinator for Inter-religious dialogue in 1991. When the Catholic diocese of Auchi was created in 2002, Bishop Gabriel Ghieakhomo Dunia requested that I continue the work of Inter-religious and Ecumenical dialogue. In 2007, I was called to the Catholic Secretariat of Nigeria for the same mission of dialogue in the Department of Mission and Dialogue. In 2013, Pope Benedict XVI appointed me Director for the Commission for Religious Relations with Muslims (CRRM) in the Vatican to represent Africa. In the process of my work the intention and mandate of the Catholic Church had been a very strong inspiration.

More dialogue, not guns to end insecurity in Nigeria – By Magnus Onyibe

The document of the Second Vatican Council, “Declaration on the Relation of the Church with Non-Christian Religions (Nostra aetate) that was promulgated on 28 October 1965, by Pope Paul VI declares that the Church regards with esteem the Muslims. The Church Fathers urge all to forget the past and work for peaceful co-existence, social justice, moral welfare, peace and freedom of religion (Nostra aetate 3). We carried this message of peaceful co-existence to dioceses, provinces, seminaries and conferences.

It is good to note that the Muslims also have structures for inter-religious dialogue. Each time I visit the National Mosque in Abuja; I am warmly received and welcomed without scrutiny by the security. We have had workshops and conferences together with emphasis on dialogue of life, religious experience, social engagements, encounter, action and dialogue of theological exchange. Some Christian youths have had series of dialogue engagements with the Muslims youths. Some Christian women have had dialogue encounters with some Muslim women. These relationships are still in progress but the questions partners of dialogue are facing today are mainly about the sincerity and frankness of inter-religious dialogue especially the dialogue between Christians and Muslims.

Since the unfortunate advent of inter-religious conflicts and emergence of terrorism in the world and Nigeria in particular; some Muslims in condemnation of the terrorist activities have declared that a true Muslim cannot be a terrorist. On the contrary, the terrorists have affirmed that they are the real and authentic Muslims. Those of us who still believe in dialogue have been told categorically by some people that we are wasting our time. We could present some of their arguments here so that all partners of dialogue especially Christians and Muslims could seek for a greener light and effective compass to navigate out of these cross roads of dialogue with a clear focus on how dialogue can create a world conducive for human beings. We need to look critically at these arguments that have made many people strangers in their homes and displaced persons in their natural habitats.

I would like to begin from a global argument that touches directly on the faith of the Church in dialogue. On January 10, 2018, John Zmirak reported in STREAM that “Muslim converts to Christ beg Pope Francis to stop deceiving Himself (https://stream.org). John Zmirak and Jason Jones begged Pope Francis to reconsider his statements on Muslim immigration in the wake of the murder of the French Priest Fr. Jacques Hamel. According to the appeal, Muslims slit that priest’s throat while he was saying Mass not in Egypt or Iraq but in France. Another argument is why converting from Islam to another religion carries death penalty in Muslim countries. They argue that Islam exists only as an enemy of all: “Between us and you there is enmity and hatred forever, until you believe in Allah alone!” (Qur’an 60.4) For the Qur’an, Christians “are only impurity” (Quran 9.28),” “the worst of Creation” (Qur’an 98.6), all condemned to Hell (Qur’an 4.48), so Allah must exterminate them (Quran 9.30).

They argue further that all the verses of the Quran that talked about peaceful co-existence have all been repealed by the verse of the Sword (Quran 9.5) because the revelations moved from Kumbaya to violent Jihad. They wrote that the Meccan verses of peace that Christians often refer to have been replaced with the Medina verses of Jihad and subjugation of non-Muslims. For those of us who have been engaged in dialogue, the principle has been that we emphasis what brings us together and what can enable us promote peaceful co-existence. We need to know that the content of the verses of scriptures have context. The verses that do not promote peace should be considered anachronistic in the modern age. The unfortunate thing is that the action of some religious adherents who kill in the name of God has not helped to redeem the image of the religion they claim to practice and defend. God is all powerful and does not need warrior to defend him. The greatest warrior in the world is a person who can conquer his or her temperaments and emotions. This should be the real jihad.

Saudi Arabia initiated a process of peaceful co-existence in the world. King Abdullah bin Abdulaziz International Centre for Inter-religious and Intercultural Dialogue (KAICIID) was inaugurated to serve the purpose of justice and peace. KAICIID is an inter-governmental organization that promotes inter-religious dialogue to prevent and resolve conflict. This was opened in 2012 by the Kingdom of Saudi Arabia, the Republic of Austria and the Kingdom of Spain, following the initiative of King Abdullah of the Kingdom of Saudi Arabia, Custodian of the Two Holy Mosques. The Holy See is a founding observer. KAICIID has attracted controversy over concern with Saudi Arabia’s human rights record and restrictive domestic religious environment (https://www.kaiciid.org). It is hoped that KAICIID would succeed in promoting human rights, justice, peace and reconciliation to an extent that Churches could be built in Saudi Arabia with freedom of worship for other religions.

John Cardinal Onaiyekan is well known for his interest and faith in Inter-religious Dialogue. He has always used Ilorin where he was Bishop before moving to Abuja where he is now the Archbishop as a model of peaceful co-existence. The report that “Some Muslims in Ilorin, the Kwara State capital allegedly attacked some churches” places dialogue at cross roads. “An Ilorin-based pastor, Ibitoye Reuben Idowu, also claimed that the Muslims raped some of the girls that attended the service and destroyed some of the Church vehicles (http://www.nigerianmonitor.com). I am still wondering if these criminals were really Muslims. It is sad that most of the attacks and killings in Nigeria at the dawn of 2018 have been labelled either as Inter-religious, Inter-cultural or Inter-communal conflicts.

One can argue that the killings in Nigeria today have nothing to do with doctrine and faith. Religious interpretation to the conflicts in the world today only place dialogue at cross roads. It could have been worse if there was no dialogue at all. I therefore plead with all the faithful Christians and Muslims who have been partners in dialogue to take this message of peaceful co-existence to the grass roots. Let us not sacrifice religion on the altar of politics. I pray for a continuous zeal and interest for dialogue. For now, this is the only option left because religious war will not do anybody any good. May the political and religious Leaders source for peace by practically promoting justice in every aspect of leadership and life! May the souls of all the victims of violence in Nigeria and all over the world rest in perfect peace! May God console all who have lost their loved ones to violence! Amen!

Fr. Cornelius Omonokhua is the director of Mission and Dialogue of the Catholic Secretariat of Nigeria ([email protected]).

We are still living in fear, Ortom tells APC govs

We are still living in fear, Ortom tells APC govs

Sex dolls are not meant for broke guys- Maryam Charles