Home » World » Double jeopardy for the broadcast and telecoms industry, By Okoh Aihe

Double jeopardy for the broadcast and telecoms industry, By Okoh Aihe 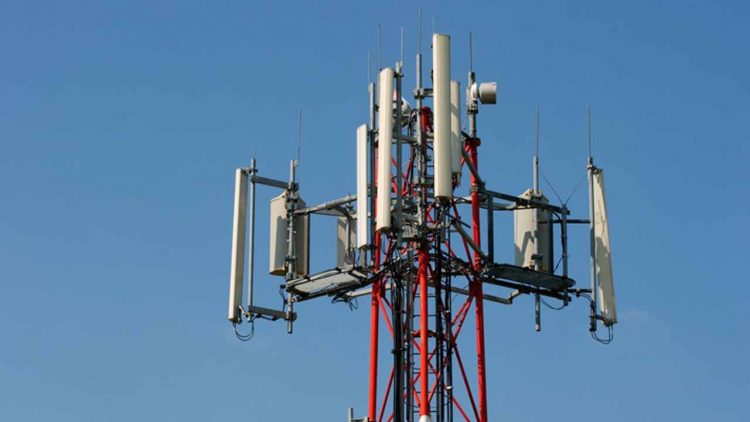 The broadcast and the telecommunications industries are going through terrible patches in the hands of those who are supposed to be keepers of the temple. At separate fora last week appointees of government spoke about the sectors in a manifest display of how very ignorant they are about the sectors they should be superintending.  Separately they sowed hope, they sowed fear and they also sowed vapor; however, they are in very clear deficit of hope but have fear and vapor in abundant supply.

The role of the Minister in any deregulated sector, like broadcasting and telecommunications, is to curate policies that can impact on the health of the sector. There is no provision for direct intervention or for pushing directives like a fellow maintaining lordship over his family, that is, for those who exercise almightiness over their homes and believe the sun sets at their command. But the Nigerian situation is not normal and one would not expect what happens in other climes to play out here without showmanship. In deregulated economies the government recedes to the background but here in Nigeria the government sabotages the system, garnishing laws that will empower it to do evil. Or where the law does not exist, the Minister takes it by force.

By way of adding a little bite to the foregoing, this is what the National Broadcasting Commission Act CAP 11, Laws of the Federation of Nigeria, 2004, says of the Power of the Minister to give Directives: “Subject to the provisions of this Act, the Minister may give the Commission directives of a general character relating generally to particular matters with regard to the exercise by the Commission of its functions under this Act and it shall be the duty of the Commission to comply with such directives.”

This is in addition to one other little blight on the regulator’s independence which says under the Powers of the Commission that the NBC should “recommend applications through the Minister to the President, for the grant of radio and television licences.”

And this sector was deregulated in 1992, yet the law remains very obtuse and extremely susceptible to the manipulations of the voracious!

Let’s also establish some of the Functions of the Minister under the Nigerian Communications Act 2003, which include: the formulation, determination and monitoring, of the general policy for the communications sector in Nigeria with a view to ensuring, amongst others, the utilization of the sector as a platform for the economic and social development of Nigeria; the negotiation and execution of international communications treaties and agreements, on behalf of Nigeria, between sovereign countries and international organizations and bodies.

So, relying on what they have and what they don’t have last week, the two Ministers, Alhaji Lai Mohammed, Information and Culture, and Dr Isa Pantami, Communications and Digital Economy, went public to speak on their respective sectors, and there is so much outrage in the air, like flatulence doing the nostrils no good.

Speaking last week, Mohammed said the government has directed two pay TV channels to move their signals to the two approved Free TV signal distribution platforms in the country. “We have directed National Broadcasting Commission (NBC) to ask GoTV and Startimes to go to either Pinnacle or ITS. They can carry their signals and that is the only way the licensed distributors can survive,” the Minister said.

No matter how angry you may feel, you can see from the excerpted part of the law that the Minister has the power to destroy the broadcast industry if he likes. He decides who gets a license and who not to, the NBC is only a processing arm. That is our Law and the National Assembly that is more on vacation than being on duty may not even know that such law is almost a piece of thrash especially, if you have a Minister with unrestrained sensibilities. The nation has been lucky not to be cursed with such a Minister. But one day a Minister will come who will sit magisterially and take decisions that can wipe out years of investments in the industry. The Law supports him.

Let me refresh your mind. The recent approval of N9.4bn for the NBC by the Federal Executive Council (FEC) has brought more life to the Digital Switchover (DSO) process. The process began in Nigeria in 2008 but having missed the switchover window twice, in 2015 and 2020, the country is trying to pick up the pieces of failure and run things properly, henceforth.

An early decision taken by the NBC was the licensing of two organizations, Integration Television Services (ITS) and Pinnacle as super signal carriers for the broadcasters in the country. This is why the Minister is directing GoTV and Startimes to move to those platforms. But truth be told, are ITS and Pinnacle technically ready for such a nationwide transmission? The answer is no. They are not ready. They will not be ready in the coming months. This is not politics. This is reality.

Mohammed also stirred up another unnecessary controversy last week, you know, just like one day one trouble. The Minister, in a morning TV programme, said those creating adverts abroad or running adverts on international channels like CNN will have to pay a surcharge to the Nigerian government. While there will be time to write about this, let me quickly say here that the world has long moved beyond tunnel vision and hermetic existence.

Heads of Advertising Sectoral Groups (HASG) has asked the Minister to rethink his position. But I think what the Minister may need is more information on how news channels, sports and entertainment function in a world of globalization where a local item with a stamp of quality can easily become an international brand. This may explain why the first time this writer heard of Jenifa’s Diary was in the US and not Nigeria!

There was another force in operation last week. While the American President, Joe Biden, was releasing a $2trillion infrastructure package and picking Ministers who will drive such audacious move, a Nigerian Minister, Dr Isa Pantami, without such superior supervision, has taken his initiatives to announce to a bewildered populace that those without national identification number (NIN) should be ready to go jail for as many as 14 years.

If only 51m have registered so far, according to him, it means that at last, massive infrastructure development opportunities have come for the unemployed mass of people who will have to build correctional accommodation facilities for at least a hundred million inmates. How very ingenious! He deserves an award in a country where everybody in a tangential leadership position is a lord over a people they think are conquered and muzzled into eternal submission.