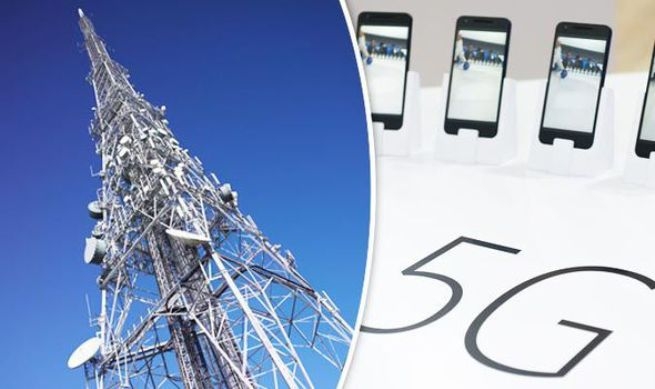 For most of last week 5G had a bad story. For a technology that is expected to foster advantage in affecting human connectivity and machine to machine connectivity as well, 5G got into some kind of nightmarish flux that really made people begin to have a second look at the technology.

This wasn’t the kind of story Nigeria wanted to hear at all. I am writing this material on January 24, 2022. In another one month, February 24, 2022 to be specific, the Nigerian Government is expected to harvest $546million from both MTN Nigeria and Mafab Communications who won the 3.5GHz Auction on December 13, 2021. 3.5GHz is the spectrum for 5G technology. I can bet that at this particular time there are some people in high places in government who already have their calculators before them calculating who gets what from a windfall that is still a full month away.

All things being equal the money would come in and find its way into some really good projects instead of being split into tiny bits for the various tiers of government. That was what happened to the money from the Digital Mobile Auction in 2001. While MTN and Econet Wireless paid $285million each to the Nigerian Government, as payment from Communications Investment Limited (CIL) was shrouded in controversy, even as nobody knew what happened to payment for the reserved license for NITEL, the Government failed to invest the money into providing some facilities in the telecommunications sector, and thus created serious infrastructure deficit from day one.

The field of play has changed drastically anyway. Nobody expects government to still be concerned about putting facilities in an industry in private hands but it may make some sense for such chunk of money to go into some projects that could provide a historical reference point.

All things being equal as they would say in elementary economics class, this writer is praying that after every thing has been put on a scale and weighed, the stories out there don’t abort or affect the capacity and possibly of both parties to make payment .

But on 5G we stand. The days ahead will vindicate my position, whether the nation is ready or not. For the time being, the rambunctious positioning of government on the issue is encouraging, and one is sure that investors will feel some peace around them.

While one would conveniently observe that concerns about 5G safety had been raised in the past, the situation boiled over last week because two strategic agencies of the United States Government – Federal Communications  Commission (FCC) and the Federal Aviation Administration (FAA) didn’t seem to have a common position on the safety of 5G to airline operations, prompting major airlines in the US to do a letter to the government stating their position, and opting to take appropriate measures to protect air travellers.

The letter which was jointly signed by the chief executives of major American airllines and some shipping companies which include: American Airlines, Delta Airlines, United Airlines, UPS Airlines and FedEx Express, among others,  called for urgent government action in order to avoid an aviation catastrophe. The issue was about safety on which nobody was ready to cut corners.

Their position was predicated upon the 5G service rollout by AT&T and Verizon which they protested would hamper flight activities in some airports. The two companies won nearly all of the C-Band 5G spectrum in an $80bn auction last year and have just started to roll out services which, it was argued, would affect some airports operations across the US.

Plane manufacturers, Airbus and Boeing have expressed significant concerns about some of their fleet that may be affected.

The 5G technology needs concentrated base station roll out to achieve its monster speed and beauty. The airlines are expressing the fear that with such concentration of service deployment close to the runway in some airports, planes with highend modern avionics, especially those equipped with radio altimeters which pilots find very useful during landing and take off in bad weather conditions, could face some challenges.

Although the telecommunications operators have observed that C-Band 5G has been successfully deployed in about 40 other countries of the world without aviation interference issues, they have agreed to a scale back on rollout until all doubts and fears are cleared.

As the parties work towards a solution, some major international airlines, including Emirates, Japan Airlines and Air India cancelled their flights to some of the affected airports.

In a quick response to global concerns on 5G and aviation safety, Prof Umar Garba Danbatta, Executive Vice Chairman of the Nigerian Communications Commission (NCC) informed that “the NCC is studying the situation closely and would put measures in place,  consistent with global best practice, to ensure Electromagnetic Compatibility (EMC) of 5G services with other services.”

An NCC source told this writer last night that most of the airports affected are category 3 airports, while the biggest airports in Nigeria – Lagos and Abuja are only category 2. They don’t even have the capacity to carry some of the affected planes. The source also explained that 5G base stations may not be permitted in places near runway where they can impact other sensitive communications negatively.

Even with promises from this vital agency in Nigeria, it will be to the benefit of the various stakeholders if the NCC works with the aviation industry to have commanding control over unfolding issues concerning 5G and aviation while carrying out a sustained study.

There are concerns from sensitive quarters of the global community concerning 5G. Nigeria must share in these concerns in order to put aviation safety in the forefront. 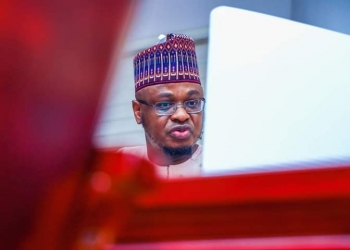