“I called him a second time and he heard on another phone one of the shareholders on another line listening to me and begging Dr Otudeko that he should not take that decision…He insisted on taking that decision. We hung up the phone. I sent that shareholder back to the office of Oba Otudeko to appeal to him to suspend the decision to remove the MD. He refused to see the shareholder.” CBN Governor, April 29, 2021.

Sometimes, there is divine intervention in what a regular columnist publishes. I had prepared another article which more or less told Nigerians to be prepared to eat grass as millions of farmers have now abandoned their farms. My Personal Assistant, PA, was asked to send it to the newspapers and online publications. He discovered that more than half of the text had been mysteriously deleted. That was late Thursday, April 29, 2021. Too tired to work on that day, I postponed the effort until the next day. My vendor came with the papers early this morning; and there on the front page was news report. “CBN sacks First Bank Directors, retains Adeduntan as MD.” It was shocking. I stopped everything, breakfast included, to read more of the bombshell.

Nobody has ever been to heaven and returned to file a report. But, it is inconceivable that the Almighty would rule in a place where everybody did as they liked; and damned the consequences. The more I read of the explanations Mr Godwin Emefiele provided to justify the action taken by the Central Bank of Nigeria, CBN, the more revolted Oba Otudeko’s rudeness became to me. “Who the hell does he think he is?” That was the question racing through my mind.

By the time the CBN Governor announced the decision, it was, to me, the least that could be done regarding the First Bank of Nigeria.

“There is no smoke without fire.”

Certainly, it has been the verdict of history that when an individual or group take extra-legal measures and insist on it, then, there must be more to the matter than has been revealed so far. As Emefiele said, “We suspect, I like to use the word suspect, that it was because he [Adeduntan] stood his grounds on certain decisions that are not in favour of certain major shareholders of the bank, that they felt and thought he should be removed…That is against what we stand for. This bank is where depositors’ funds is almost ten times shareholders funds.”

That statement by the CBN Governor, as well as others, strongly suggest that the new Chairman and Board members, as well as CBN, should move urgently to go beyond mere suspicion and to institute any probe, audit or inquiry to be sure of the circumstances which have led to the illegal steps the Chairman had taken. Somebody must be interested in suppressing important information from the public. That is certain; otherwise how does one explain the obstinacy demonstrated by Otudeko – who knows too well that the bank, being a systemic bank had been propped up by the CBN for years to prevent it from collapse. That tragedy, if it occurs, will destroy the entire banking sector.

There is another fundamental reason why the CBN had to act and that is with regard to the principle it would establish. The banking sector is a small community; and few things are kept secret from the competitors. Certainly, the publicly announced sacking of a Managing Director does not even count as a secret. Questions are raised each time it occurs. Investors on the Nigerian Stock Exchange get nervous; depositors get worried. Even a big bank like FBN with about 31 million depositors can experience a terrible run if depositors act in the belief that the sacked MD must have been involved in some mind-boggling crimes to deserve such punishment. He was not even asked to resign and go quietly. Such speculations can ruin any bank. So, no Board takes such measures lightly. People are bound to conclude that something serious must have happened. What did?

But, irrespective of what the former Chairman and Board have against Adeduntan, there is a legal procedure to be followed before he could be removed. These were circumvented in the haste to get rid of the man. That makes the whole exercise suspicious. The CBN was therefore absolutely right to have reversed the former Board’s decision and to sack all of them for insubordination.

Unless the CBN took that position, it will lack the moral right to sanction any other bank which flouts it directives. Might makes right should not be the basis for running institutions which have been established by due process of law.

FBN A SHADOW OF ITSELF

“The old order changeth yielding way to the new..”

First Bank was truly the first bank in West Africa. It started in 1894 as Bank of British West Africa. Anybody in our generation and before, whose parents had a bank account, most probably had an account with BBWA. Union Bank, formerly Barclays Bank DCO, came next in 1917. The early start gave it an advantage in deposits – which had not been closed till today. And in every respect, it was really the first.

Four historical events undermine FBN. First, Federal Government’s acquisition of interest in the bank under Indigenisation Decree in the 1970s introduced crude politics into professional banking practices. The Structural Adjustment Programme, SAP, and banking deregulation brought new banks, privately owned and better able to compete in a market economy. The Banking Consolidation policy introduced by Professor Chakwuma Soludo in 2004-2006 was the third event induced by governments. Lastly, by 2008, when Soludo’s “consolidated” banks were unravelling, FBN was already showing its age. It was always one of the last to introduce innovations, technology and new management methods. When all the banks collapsed under the mismanagement and corruption induced by consolidation, FBN was the worst hit bank. It has not recovered ever since.

When Emefiele announced that “We granted them regulatory forbearance to enable the bank work out its non-performing loans through the provision for write-off of at least N150bn from its earning for four consecutive years”, little did the CBN Governor know he was almost writing an obituary. Consequential to their rash action, Oba Otudeko and his accomplices have allowed a closely guarded secret to be revealed. First Bank is living on handout from CBN. That is not a flattering image for a bank which most Nigerians still regard as the elephant” in the sector.

LAST LINE. As a depositor and a shareholder, the issue directly concerns me. But, unlike other depositors and shareholders, I have long reduced my exposure to FBN. I bought 150,000 shares during the early days of consolidation – knowing the shares would appreciate in value. I sold everything except 5,000 in 2008, at great profit, after warning Nigerians to dump bank shares. Today, the 5000 are worth less than 150 in 2008.

At one point, I had combined current account and fixed deposit in eight figures in the bank. Today, everything is in five figures.

That just about summarises the story of the decline and fall of FBN. We all have Emefiele to thank for this noble intervention. 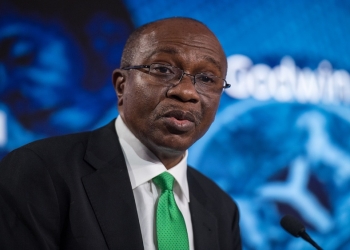 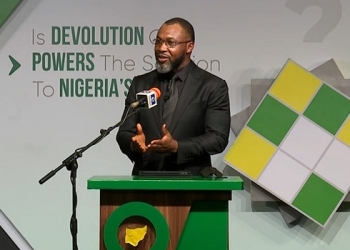 FG does not understand how technology-start ups make money, only to borrow from CBN – Chidoka

A fraud on our collective humanity - Dakuku Peterside