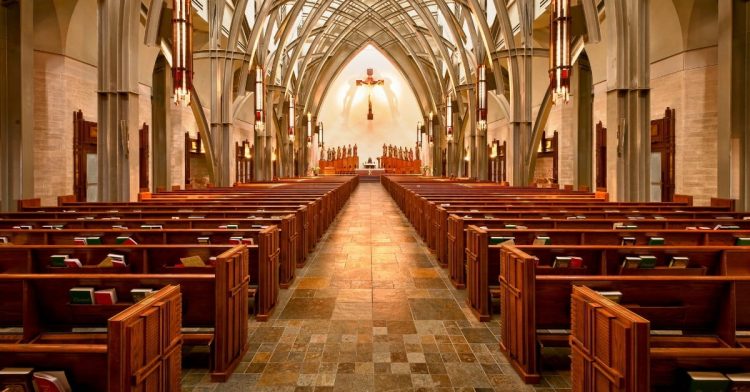 Blessed are you when men revile you and persecute you and utter all kinds of evil against you falsely on my account. Rejoice and be glad, for your reward is great in heaven, for so men persecuted the prophets who were before you. (Matt 5: 11). The life of Jesus is marked with persecution right from his birth. Herod the king of Judea ordered the killing of the male children from the age of two and under, in and around Bethlehem. (Matt 2:16-18). When he eluded the preying harms of Herod, the angel requested that they flee to Egypt for safety (Matt 2: 13-23). The entire life of Jesus is filled with tales of false allegations, dislike for his claim of connection with the divine. In some instances, the dislike was motivated by sheer hatred and jealousy which eventually led to his cruel death. As an honest person, Jesus had prepared the minds of all his followers about what might be their fate for being his disciples.

In John 16:33, Jesus said: “I have told you all these things so that in me you will have peace. In this world you will have trouble. But take heart! I have overcome the world.” Our peace as Christians comes not from the wealth and wallow of material comforts. That was the experience of St Paul who wrote in Philippians 3:8 “What is more, I consider everything a loss because of the surpassing worth of knowing Christ Jesus my Lord, for whose sake I have lost all things. I consider them garbage, that I may gain Christ.”

Christians through the centuries have gone into hiding as a result of persecution. For the first three hundred years of Christianity, being a Christian in some regions of the Roman Empire, was almost synonymous to being a criminal. After the Great Fire of Rome in AD 64 when rumors swirled that the emperor himself was responsible, Nero blamed the Christians instead. According to the Roman historian Tacitus, Nero had the Christians covered in wild beast skins and torn to death by dogs. The early Christians suffered sporadically similar persecutions until the beginning of the 4th century. One edifice that has remained till date as a reminder of that painful past and a symbol of hope is the Colosseum.

I was fortunate in 2016 to attend the closing ceremonies of the Year for the Consecrated Life in the Eternal City of Rome. I was privileged to visit some historic and memorable sites in Rome. One of such sites was the Colosseum. In popular Christian folklore, the Colosseum is generally regarded by Christians as a site of the martyrdom of many believers during the persecution of Christians in the Roman Empire, as evidenced by Church history and tradition. Historians believe that the majority of martyrdoms may have occurred at other venues within the city of Rome rather than at the Colosseum. They cite a lack of supporting physical evidence or historical records. Although “some Christians were executed as common criminals in the Colosseum for their refusal to reverence the Roman gods”, it remains an undeniable fact that most Christian martyrs of the early Church were executed for their faith, especially at the Circus Maximus. According to Irenaeus (died about 202), Ignatius of Antioch was fed to the lions in Rome around 107 A.D. Even though Irenaeus said nothing about this happening at the Colosseum, tradition ascribes the place of St Ignatius’s martyrdom to that place.

Christians in many parts of the world are still persecuted today albeit not as bloody as those suffered by the early Christians. It is pertinent to acknowledge that there are countries especially in some Islamic countries like Pakistan, North Africa and the Middle East where Christians live in perpetual fear on account of their belief. In the Western world with their so-called “liberal democracy”, Christians suffer other forms of non-bloody persecution. For instance, about ten years ago, a Catholic Nun in the US was denied hospital Chaplaincy work because she was requested to remove her religious veil as a precondition for the job. Autocratic China has severed diplomatic ties with the Vatican for over half a century. Many of the bishops and priests who did not bow to the demands of communist China were either imprisoned or lived the rest of their lives in hiding. The mistreatments of Christians by liberal and dictatorial governments around the world are numerous.

When the attention is turned towards Nigeria, many Christians especially in the northern part of the country are deprived of certain opportunities on the basis of their religious creed. A lamentable silence eclipses over a hundred cases of forceful conversion of girls from Christianity to Islam in many rural communities in Northern Nigeria. In one local government in Katsina state, Christians are not allowed to build churches and to bury their dead. There have been several cases of land grabbing meant for Christian Schools and Churches in Gusau, Kano, Katsina and Sokoto. All these mistreatments continue on a regular basis in clear contravention of the Federal Constitution of the country that recognizes the equality of its citizen regardless of tribe and religion. Any law is as good as a dead letter without enforcement and teeth to bite!

It is highly regrettable that a Christian in Northern Nigeria may not be employed based on his or her qualification and competence unless he or she is prepared to become a Muslim. A young Christian man in Katsina State went for an interview to join the Nigerian Army some years back. After going through all the hurdles and rigors of military examination, the officer in charge asked him to recite Kuluwallahu ahad in Arabic meaning: (Proclaim that there is one God) and the young man said: “I don’t know it because I am a Christian”. The officer said in Hausa: maganan banza ke nan (this is nonsense talk). Christians in Northern Nigeria may not suffer bloody persecution as in some other places although the Boko haram exists to do just that, the same Christians, nevertheless, are forced to endure discriminations and harassments on the account of their faith as Christians.

The Colosseum stands as an image of hope for Christians during persecutions. When Christians remember the horrors of the colosseum, they do so with hope and courage. They are inspired by the stories of the martyrs both known and unknown because they never denied Jesus in the face of hardship that tried the human spirit and its capacity for endurance. As Venerable Bede once said: “As long as the colosseum stands, Rome shall stand; when the colosseum falls, Rome will fall, when Rome falls the whole world will fall.” In other words, when the hope of the persecuted minorities is lost then the conscience of the world would have been dead as well. 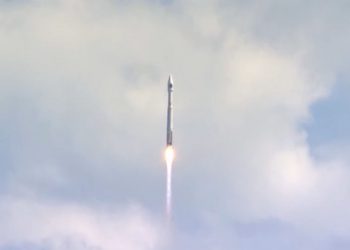