Lessons about change from Ruto’s playbook – By Azu Ishiekwene 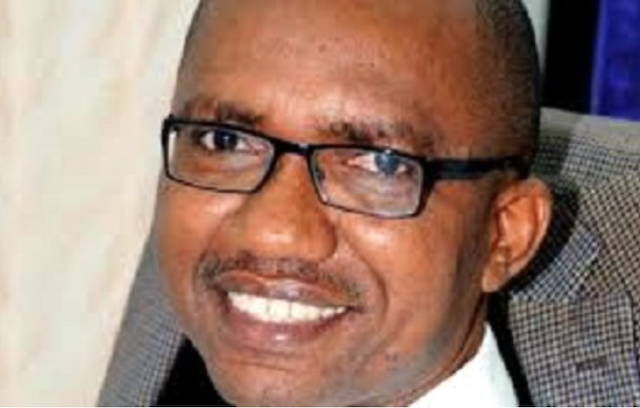 In six African countries, the heads of government have been in power for 20 years or more. Attempts to replace them by ballot have either been stalled, frustrated or crushed.

In a few, like South Africa where the ruling African National Congress (ANC) has been in power for 28 years, new heads of government have been produced more by incest than by the ballot.

The ruling by Kenya’s Supreme Court on Monday validating the election of the presidential candidate of the Kenya Kwanza party, William Ruto, offers an example that it is indeed possible to remove incumbents and their parties from within – strategically and peacefully, too.

Whether Somaliland — that perennially troubled spot in the horn of Africa — would find the Ruto route in the next presidential election due in November remains to be seen. But Kenya, its neighbour, is showing the light.

Don’t be fooled by Ruto’s campaign, though. He was not an outsider or to use his phrase, a hustler, on a redemptive mission to uproot decades of dynastic reign. His career in politics dates back to his days as treasurer of the YK’92, a campaign group that lobbied for the re-election of President Arap Moi.

He worked his way up from assistant minister under Moi to Director of Elections. After Moi’s exit, he was on the docket for different ministerial positions in the Kibaki-Odinga power-sharing government, always carefully reading the tea leaves of Kenya’s politics. Ruto remained active and involved even in the post-Kibaki era.

And in the aftermath of the violent 2017 elections that claimed dozens of lives, he came on the international radar for prosecution by the International Criminal Court, but the matter was dropped.

How, in spite of his 30-year involvement in the good, the bad and the ugly of Kenya’s politics, he still managed to spin a winning legend of “hustler vs. dynasty” is a matter of interest. Ruto is a pseudo-dynast with the heart of a hustler.

But that’s frankly not important now. Anyone around the continent interested in his legend would be well served to remember that it was not an accidental story. He made it happen.

Early signs of trouble appeared after the Kenyatta-Odinga handshake following the disputed 2017 elections. The rapprochement progressed from “the handshake” to the heart-hug, and from the heart-hug to the bromance.

Ruto’s supporters, feeling betrayed that Kenyatta’s proposed constitutional amendment, called the Bridge Building Initiative, was a ruse to gift the Presidency to Odinga, began to break ranks. This, they said, was neither the Kenyatta they worked for nor the one who, in his moment of trial, vowed to back Ruto in exchange for his support for a two-term presidency.

From that moment on, Ruto returned to his base – the youth, mostly in the Rift Valley region. In spite of his dalliance with the establishment, he never quite abandoned his roots – Lesson 101 in Kenya’s highly ethnically charged politics. Moi was prepping the same base for his son, Gideon, but Ruto was one step ahead. Another lesson that politicians elsewhere could use.

Ruto also played the victim card to the hilt. He milked his contributions to the success of Kenyatta’s government, wondering why his supporters were being unfairly targeted in the anti-corruption war. It is a story that imitates the dramatic falling-out between Nigeria’s former President Olusegun Obasanjo and his deputy, Atiku Abubakar in 2003, except that both stories had different endings.

As elections drew near, Ruto painted a David vs. Goliath picture. On one side were two goliaths – Kenyatta and Odinga – both heirs of a decadent dynastic legacy, and on the other was this vulnerable, tiny David with nothing in his hands but the sling of the common touch. The story resonated with millions of Kenyans, especially the young, who felt that the country’s broken politics was no longer working for them.

According to a BBC report, the unemployment rate among people between ages 18 and 34 is nearly 40 per cent and the economy is not able to cope with nearly one million young people who enter the job market every year. The pity party played to Ruto’s advantage.

There was something else that rocked the status quo. And that something else is the difference between Nigeria’s Atiku Abubakar’s inability to rout his boss Obasanjo 19 years ago, and Ruto’s success story: salesmanship.

He was forward-looking and identified himself with the struggles of the people. Even though he was still inside the government, he managed to distance himself from Kenyatta’s faltering anti-corruption programme, posing as the face of an alternative, more prosperous future.

There are not many African countries where deputies who fall out with their bosses with whom they had been in bed and still a) manage to distance themselves from the government or b) survive to tell the story.

The 2013 example in South Sudan between President Salva Kiir and Vice President Riek Machar, who couldn’t be any more different from each other than night and day remains a classic. It took the UN’s creative intervention to save both men from themselves and the country in 2020.

In Nigeria, it is a mark of how deep political grudge runs that Atiku Abubukar who is running for office for the fifth time in nearly two decades after he fell out with his boss, has still not been forgiven. But more important, it also highlights the difficulty in any redemptive rebranding campaign.

Yet, Kenya’s August 9 presidential election success story, goes beyond Ruto’s playbook. On a continent that witnessed six unconstitutional changes in government between February 2021 and January 2022, it is a tribute to the resilience of a few important institutions in the East African country that it has overcome its sordid history of post-election bloodshed.

In many countries on the continent, election management bodies are unable to guarantee free, fair and transparent elections. The judiciary that should serve as the bulwark against electoral fraud takes orders from the incumbent executive.

Unlike what happened in Kenya, it’s improbable in Nigeria that four of seven election board commissioners, including the second most senior officer, would disagree with presidential election results and stand their ground till the end. Perhaps the only situation remotely resembling that in recent times was in 2015, when Professor Mahmud Jega’s Independent National Electoral Commission (INEC) conducted elections that transferred power from an incumbent to an opposition party.

As for the judiciary, the Bench has been accused, and not unfairly, of a growing appetite for political cases which often offer lucrative financial rewards brokered by, well, lawyers. The Kenyan example where the Supreme Court has ruled against an incumbent’s obvious interest twice in two straight election cycles in five years is remarkable. Not only because it is an outlier, but also because the quality of jurisprudence on each occasion has been applauded by eminent jurists across the continent and international observers, too.

And lastly, perhaps, security agencies elsewhere need to learn a thing or two from Kenya. In many African countries, the security agencies are perceived as extensions of the incumbent’s rigging machine. But it’s not just a perception issue. The real problem is that the agencies second-guess the incumbent and go beyond and above the call of duty to protect the regime.

Ahead of next year’s general election, for example, opposition candidates in Sierra Leone are already expressing fear of heavy-handedness by security agencies after police killed dozens of anti-government protesters in August. It is to the credit of Kenya’s security forces that after their ignoble roles in 2007, 2013 and 2017, they have raised the bar.

In the end, however, beyond improved institutions and Ruto’s playbook, the election was a success because Kenyans wanted and worked for it to succeed.

Ishiekwene is Editor-In-Chief of LEADERSHIP