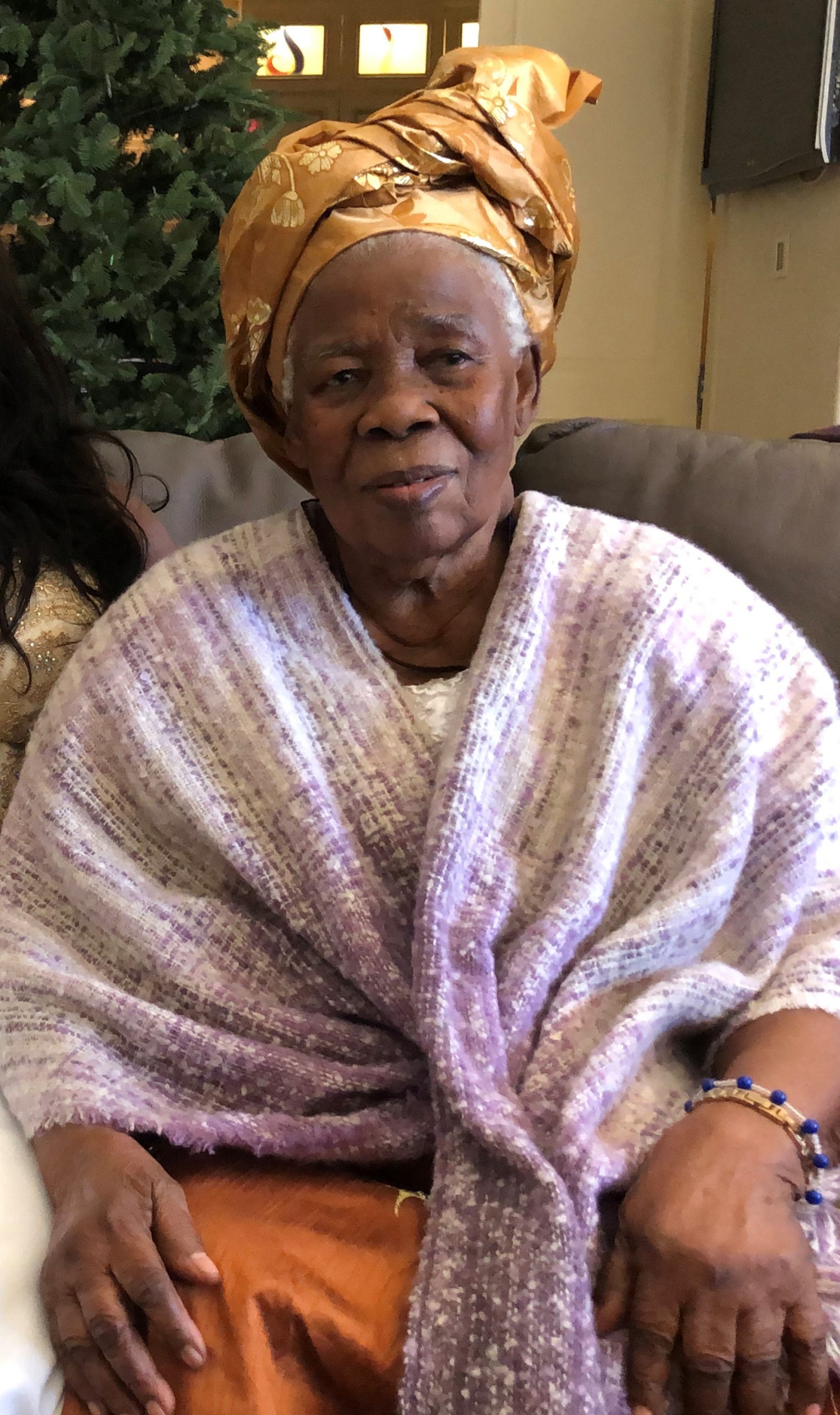 My mother, Mama Paulina Powder Ewherido, is 87 years today. It is like I am in a dreamland. A mother I thought I was going to lose 46 years ago, through a strange ailment, is still much with us.

Bruised by old age and the vagaries of life, including the loss of two sons, but she soldiers on, albeit with an emotional injury she would probably take to her grave. In honour of my mother at 87, I want to relive her mode of parenting while my siblings and I were growing up.

We were brought up with proverbs, wise sayings and sign language. There were not many words uttered, but the few words carried heavy weight. If my mother told you “esherii, amrobo r’evur’owha-a (unless you fall and spill the contents of your luggage, nobody would know what you are carrying), you knew automatically that whatever activity or adventure you were engaged in would expose the family to ridicule if it went wrong.

The underlying message is that you should stop it. And we did because there were consequences for disobedience and they could be grave.

If Mama Powder told you that “onana worue na, erako vwu ushovwi r’ovwo whowhaa ro” (this one you are doing, a dog has no head to carry luggage o!), it basically meant that if anything went wrong in your dangerous play (like falling from a tree and breaking your limb), she had no money for unplanned expenditure (hospital bills, for instance). If you knew what was good for you, you stopped that dangerous play or activity.

If one of us was ill or had a disappointing outing and he was sad, mama expected all of us to show solidarity by being sombre. If anyone went to play or jumped around like a headless chicken, mama would remind you that “onana wo rue na, ame ro t’osho ji t’ivwrite” (remember that the same water washes the penis and the scrotal sack). This one sunk in because we were all males, so we understood it perfectly. The saying emphasised our oneness. We rose and fell together.

This was arguably her most profound saying and it has glued my siblings and I together till date. There were many more of such sayings and proverbs.
In my quiet time, I have tried to compare my upbringing with my style of bringing up my children. I have tried to maintain the fundamentals, but the implementation is different. To start with, I could not ensure my children speak Urhobo with the same single-mindedness which mama deployed to ensure we spoke not only Urhoobo, but our Ewu dialect. Only my eldest daughter speaks urban Urhobo; the rest of them speak and understand very little Urhobo. They are also not familiar with the circumstances the proverbs and wise sayings are embedded in, and once you translate or communicate these proverbs and wise sayings in English, the context is either watered down or lost. So using Urhobo proverbs to bring up my children is out of the question. We are simply not on the same wavelength.
Mama also used sign language extensively. If a visitor was served food, we were expected to disappear from the sitting room. On this day, one of my younger siblings was still in the sitting room. Mama gave him sign language, but he was probably still too young to understand. After the visitor left, his ears were literally used to lift him up. If some visitors came around, just one look and you knew that you had to disappear from the sitting room so that the visitor could talk freely. Leaving could also mean abandoning your favourite television programme. We simply went to our room to rue why the visitor came when our favourite programmed was on. I do not use much sign language. I simply tell my children what to do; no misinterpretation.
Prayer was another strong parenting tool that they (mama and my father) used in our upbringing. Unlike our dying proverbs and wise sayings, prayer remains a powerful tool in effective parenting. The word of God has a way of penetrating children’s hearts. It moulds, it builds and it guides; it strengthens, straightens the crooked paths and smoothens the rough edges. The results are sometimes not immediately obvious, but they manifest over time.
While growing up, morning and evening prayers were compulsory. The morning prayers then could be very annoying. We were woken up between 5am and 6am, when sleep seemed to be at its “sweetest,” but mama never looked at faces when she felt she was right. As time went on, the duration of prayers began to increase. My late brother, Sen. Akpor Pius Ewherido, drew mama’s attention to it, teasing her that she was unilaterally adding new prayers. Gradually, night prayers grew from about 45 minutes to about an hour or more. Then he drew mama’s attention to it again and in a rare occurrence, my father concurred. “Towewe?” (You too or “et tu, Brute,” more like it), Mama exclaimed. That was a heartbreak for mama. My father never took sides with us against her.
The only other time my father took sides with us against mama was on a Christmas day. Since the early 80s, we stopped eating meat on Fridays, as a private religious observance, in honour of Jesus, who was crucified and died on a Friday. But the Christmas of 1987 fell on a Friday. Mama cooked rice and chicken alright, but she said it was for visitors only. She said we should wait till Saturday before eating our own Christmas chicken. But we wanted the observance waived. We argued that Christmas was the birthday of Jesus, in whose honour we abstained from meat on Fridays, and if Jesus was not born in the first place, he would not have died.
At this time, we were already in our 20s and could make some noise. We went and served ourselves rice and chicken. Then we heard an unlikely voice also asking to be served rice and chicken. It was my father’s. He was served and he started eating. Then we heard a distraught mama shouting: “Wo ji nen’emona ri’eravwe ri Friday na? (“So you are also eating meat with the children on a Friday?”); to which my father responded, “Paulina, or’emona y’egbare obonana” (Paulina, the children are correct this time around).
Remembering my early days evokes many sweet memories. That is partly why September 5 every year is a special day for me; it is a day of joy. Today is also a reminder of the awesomeness of God and the fallacy of man’s pronouncement (mama was told she would die first in 1974 and later in 1998) when God has decreed otherwise.

Women of mama’s maternal lineage, Ekru r’Ophori Quarters, Ewhu, Delta State, are blessed with longevity and mama is simply enjoying the gift God gave to her people. Mama, my prayer for you is that you enjoy the rest of your life in health of body and mind and in peace. Happy birthday, Mama Powder.