ADVERTISEMENT
“Wise scepticism is the first attribute of a good critic”, according to James Russell Lowell, 1819-1891, American historian.

In the first part of this series, we demonstrated how ignorance, poverty of leadership, incompetence and the wrong mindsets at the top of government combined to lead us into the economic quagmire in which we find ourselves. FG’s projections with regard to the Economic Recovery and Growth Plan, ERGP, were woefully wrong. The benefits of the plan were not realised and the Government is once again about to offer a new plan. The obvious question is: “will it work?” The plain and direct answer is: “most unlikely”.

“Those who do not remember the past are condemned to repeat it.”

Contrary to what most readers would expect, I don’t only write dissenting views about government’s plans and programmes, I also sometimes try to see top officials and warn them. But, I keep my distance from Ministers because of the pervasive impression that journalists go to Ministries to collect envelopes. I don’t want to be associated with that sort of thing.

One trip I made at my own expense to warn a top official of Buhari’s government was with regard to ERGP. I knew the top official through a mutual friend and the visit was in connection with ERGP. The recession of 2016, when the Gross Domestic Product, GDP, plummeted to -1.54% against a budget projection of 3% jolted the FG out of its daydream at the time. It was obvious that extra-ordinary measures were needed to get the economy out of recession in 2017 and to promote faster growth in 2018. ERGP was the FG’s response. I managed to obtain a copy of the proposed plan before it was made public; took one look at the false projections and headed to Abuja to plead that the document be amended because the ERGP as proposed will never be executed. Consequently, Nigeria would be in worse economic situation and all the time would be wasted. I might as well have stayed at home or speak to a wall.

I called the top official visited last week to remind him of our discussion and he let me into a top government secret. “Nobody wants to tell Buhari that we should substantially reduce the budgeted revenue or forecast a recession even if you know those are the likely outcomes.” In other words, the deceit is deliberate. Failure is premeditated. That should tell Nigerians and the global community what to expect from the new plan.

“New devpt plan to start from scratch” said VANGUARD on Monday, July 27, 2020. The paper was summarising its report of the announcement by the Minister of State for Budget Prince Clement Agba. According to the report, the FG has wisely decided not to attempt to build on the failed ERGP. To be quite candid any group of dunces confronted with prospective GDP of -5.7% for 2020 instead of the 7% promised in 2017 must realise that there is no alternative to starting afresh. Nobody builds a new edifice on the burning ruins of an existing one. But, talk is cheap. Nigerians must be wondering what sort of new plan will emerge from the efforts of those who brought  six economic catastrophes. In fact,  we already have a few answers.

“Millions of Nigerians continue to face harsh economic difficulties, lacking access to basic needs, yet the debt profile of the country continues to rise.”

The day before that most newspapers in Nigeria carried news reports of activists confronting the Police and protesting against the nation’s rising debt ceiling. Like a river slowly and gradually over-running its banks, debt seems to be overwhelming the Nigerian economy and the Buhari administration, is unable to restrain itself like an addict is getting set to ask for more. Simultaneously as more and more Nigerians are getting alarmed at the increasing possibility of another debt entrapment, the FG is urging the National Assembly, NASS, to approve of a toxic loan from China. It is in the nature of all forms of addiction that the consumer eventually loses all the senses and no longer cares about the quality of the drug.

Morning usually shows the day. A close look at the 2021 Budget, now in the works, demonstrates clearly that the mind-sets which produced the disasters Nigeria has experienced are still very much in control. The Budget for the first year of the Nigerian Economic Sustainability Plan, NESP, is nothing more than an extension of the ERGP. It is “the same stale stew; warmed up and served in new plates.” (Apologies General Babangida). It is still a budget heavily dependent on huge debt financing – without which it will break down completely. Even with the fresh loans, the feasibility is in doubt.

As usual, some mealy-mouthed “financial experts” have commented that the 2021 plan is “a good plan if it can be implemented”. To me, it is an atrocious document which diligent execution can only render more menacing to Nigeria. The 2021 is still founded on this FG’s “borrow-spend-waste-and-steal” approach — not the time-tested borrow and wisely invest model which lifted Singapore.

Has anyone in this government heard of concession or Build-Operate- and- Transfer? These are options for building infrastructures without Nigeria shelling out a kobo. Nigeria is still the only major country in the world which constructs roads, airports and seaports as well as power stations with taxpayers’ money when there are investors worldwide who can bring their funds to build these structures…. 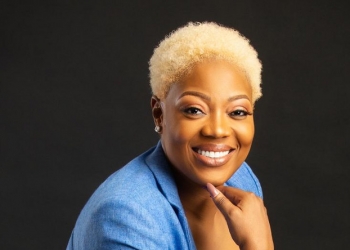