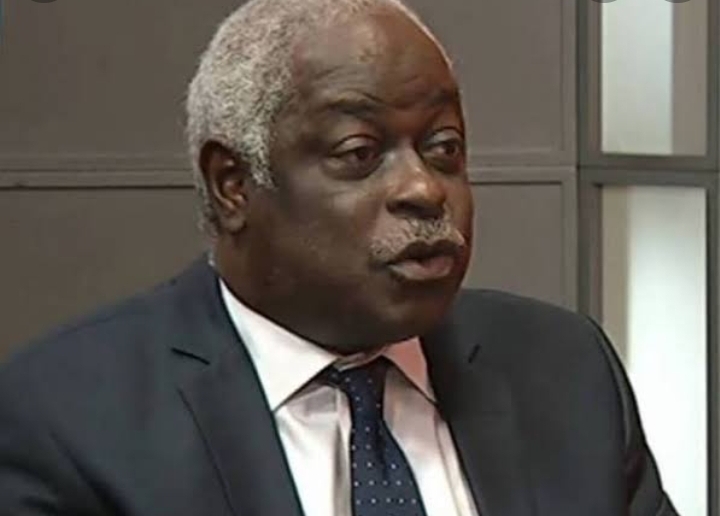 “God forbid that where two or three are gathered in the name of Jesus, an offering should not be collected.”

Send my message to your pastor. Tell him I said he is after your money. He cannot deny it. Pastors make merchandise of men by peddling the word of God. Peter says: “These teachers in their greed will tell you anything to get hold of your money.” (2 Peter 2:3).

To be a successful pastor, you have to learn the tricks of the trade. This has nothing to do with preaching insightful and inspiring messages. Neither does it have to do with ministering to the spiritual needs of the members of the church.

The pastor succeeds or fails according to his ability to pull a crowd and extort as much money as possible from his congregation. If he fails in these areas, he is not likely to survive for long as a pastor.

The technique is simple but effective. He tells his congregants that for every naira they give, they will get a hundredfold return. Even those in debt are encouraged to get out of debt by giving out of their indebtedness,

Pastor Paula White of Without Walls International Church, Tampa, Florida (U.S.A.) is a master practitioner of this money-grubbing technique. In her television broadcasts, she asks her audience to open their bibles to Psalm 66, verse 12. This reads: “Through the fire, through the water, God brought us out into a wealthy place.”

This is nothing but witchcraft.

These are the voices of strangers who fleece the flock. Isaiah says: “They are as greedy as dogs, never satisfied; they are stupid pastors who only look after their own interest, each trying to get as much as he can for himself from every possible source.” (Isaiah 56:11).

Pastors tell Christians that money operates like a “hair gel activator.” The promises of God proclaimed in their messages are sealed until a “seed offering” is given to activate it, Therefore, you are likely to see different members of their congregation suddenly get up in the middle of their sermons to throw money at their feet ostensibly to activate their deceitful messages.

One pastor puts this imperative succinctly. He said: “Anointing without money is equal to annoyance.”

This makes the offering-time the focal point of church services. Here, the pastoral imagination has run wild. Highfalutin names are given to the offerings to make men give several times on the trot. In one of those services I attended, three offerings are collected disingenuously in every service: one for “the Father;” another for “the Son;” and yet another for “the Holy Spirit.”

Another pastor offered ungodly counsel to the poor: “If you don’t have an offering, borrow from your neighbour.” Never mind that the promise of God says the believer shall lend to many nations but shall not borrow. (Deuteronomy 15:6),

Even though Jesus says when we give, our right hand should not know what our left hand is doing (Matthew 6:3); some pastors insist offerings must be held up for all to see, in the attempt to embarrass those not inclined to give, or those inclined to offer notes in the smaller currency denominations.

In one church I attended, the pastor proscribed altogether the giving of offerings in the smaller currency notes. “My God is not a poor God,” he declared. On another occasion, he required that money be collected for the visiting general overseer in only pounds or dollars.

One popular convention requires everybody in church to dance forward, one by one, to drop their offerings on a tray placed strategically in front of the pastor where he can observe exactly how much they are giving. This is designed to intimidate them into giving more than they would like to. It also serves to embarrass those who cannot give and stay behind,

At other times, they constrain their members to make public vows and pledges. One pastor admonishes his members: “Pledge more than you have; stretch your faith.” When the time comes to redeem the pledge, he will hit you with Ecclesiastes 5:4-6 which says if you make a vow and do not redeem it, God will destroy the work of your hands.

One technique is to take the offering early to ensure that people do not leave before the money can be taken from them. But sometimes this strategy backfires; the rich often come late.

In one of the services I attended, the pastor noticed that some of the wealthier church-members came in after the offering had been collected. So, he insisted it should be collected again. The reason he gave was a classic. He said: “I don’t want anybody here to be denied the blessings of the day.”

Of course, his god only blesses during offering times.

Yetunde Olanrewaju came up with what I presume is a parable, She said one day, a swarm of bees descended on a church while a service was in session. The people panicked and started running out of the building. But the pastor was up in arms: “Wait, wait, please wait,” he pleaded to no avail, “We haven’t yet collected the offering.”

God forbid that where two or three are gathered in the name of Jesus, an offering should not be collected.

Pastors have a free hand to be as honest or dishonest as their conscience permits. This ensures that financial impropriety is widespread in churches and Christian ministries but buried under the carpet.

Charlene Animashaun was the head of the money-counters in her parish, While the offering was still being counted, the new pastor sent someone to collect a certain amount. Charlene sent word back that the count was still incomplete. The protocol was to document the amount and lodge it in the bank, That way, withdrawals would have a paper trail.

But the new pastor would not be denied. He barged into the counting room and reminded all and sundry he was now the pastor. “What the pastor demands, the pastor gets; no questions asked.” He grabbed the money with the warning that his authority should never be challenged again.

Charlene got the message and quietly resigned her position as head of the money counters. Thereafter, she resigned from the church itself.

The plan was to have churches in our area come together one Sunday morning and go “prayer-walking.” We would evangelise as we go. But there was a logistical problem. If we would not have services in our churches that Sunday, how would the offering be collected?

Someone said, we would meet briefly in our churches just to collect the offering and then assemble as planned. But then another problem arose. Which churches would those converted to Christianity be asked to attend? A genius had a ready solution: “At the end of the exercise,” she said, “we will sit down and share the souls!”

“Alas, alas, that great city Babylon, that mighty city! For in one hour your judgment has come. And the merchants of the earth will weep and mourn over her, for no one buys their merchandise anymore: merchandise of gold and silver,.. horses and chariots, and bodies and souls of men.” (Revelation 18:10-13).

Politics without bitterness – By Hope Eghagha

The state and the train hostages – By Dakuku Peterside 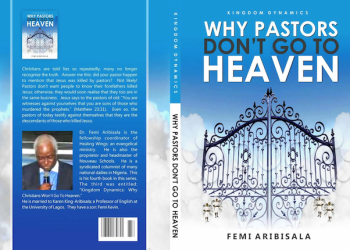 The state and the train hostages - By Dakuku Peterside