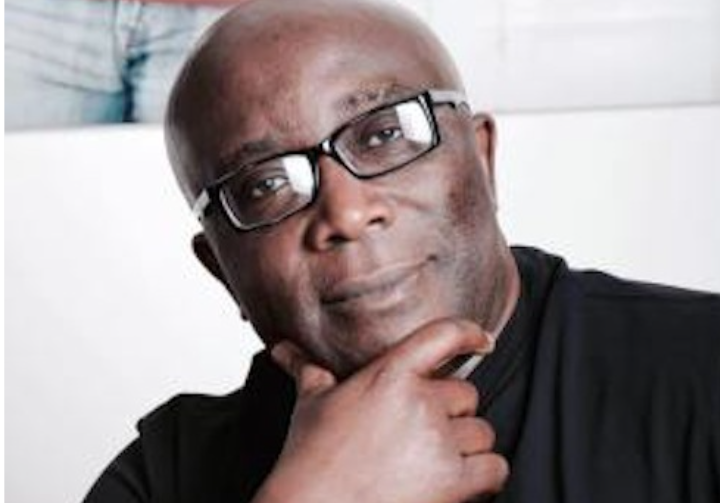 Democracy was never intended to amuse nor was politics meant to offend. The ritual of periodic leadership renewal through elections was instead meant to be a serious business to guarantee the health of the polis. The Athenian and Roman senates were collections of people of knowledge and wisdom who were respected and also held the populace in utmost regard. Representative leadership selection was never designed as an endless charade, a crowded circus. Neither was democracy meant to annoy or insult the populace. Staging pageants of unlikely pretenders as aspirants to the highest office is a deliberate annoyance of the populace. But despite its Nigerian debasement, democracy remains a serious and noble enterprise.

But politics is a different matter. Politics may not score too highly on the scale of seriousness. But even the most cavalier traditions of transactional politics recognize the hazard of insulting the people. They will be waiting at the polls! Yet politics remains a strange drama of absurdity. Unlikely people in laughable costume show up to say what they neither mean nor believe. Politicians on the campaign trail are salesmen without wares who promise to promptly deliver what they do not have or even know. When held down to account for their lies, politicians say they were misquoted! What politics unfailingly offers us however is an endless parade of unserious people who however want to be taken seriously. That ambiguity is the staple of the political undertaking especially in these parts. And nowhere else is this cavalier tradition of politics more widespread than in today’s Nigeria: a nation of good people ruled by the cast of a perpetual self recruiting circus.

In the countdown to the 2023 elections, Nigerians are now challenged to manage a combination of the seriousness of democracy and the comedy of politics.
Nigeria’s 2023 election season is offering us an abundance of both cruel humour and casual mass insult.

The evidence in chief is the sheer quantum of people aspiring to be president. At the last count, about 30 aspirants had indicated serious interest in the presidency in the ruling APC alone. Two thirds of that number have so far filed papers and paid up in the opposition PDP. This is in addition to 350 senate aspirants , about 900 House of Representatives aspirants in the APC alone.

For the PDP, the record is 17 presidential aspirants , over 300 senate aspirants and 1,300 House of Representatives aspirants.

As for the governorships, we could get dizzy with the mathematical possibilities. Let us liberally multiply the 36 governorships by 5 aspirants for each of the two major parties. That is 360 pretend governors. Discount states whose governorships overlap this election season and the number comes down by about Let us not discount the minor parties because each of them has a constitutional right to field candidates for elective offices at every level. Let us not even go down the ladder to state Houses of Assembly. The democracy market is in full session.

By most accounts, this is a deluge. It is by far the largest number of aspirants to elective offices in the history of Nigeria’s sporadic encounters with democracy. Some have argued that as a function of our population, the number of sundry aspirants may just be justifiable. But it is a large congregation nonetheless, only slightly outdone by India’s quantum democracy.

But let us focus attention on the most consequential elective office, the presidency. The search for explanations for the overcrowded presidential aspirants bus needs not go so far or deep. The large turnout of presidential aspirants may indicate that
democracy is becoming more popular among us. It could mean that citizens consciousness of their right to actively participate in the democratic process has heightened after over 20 years of uninterrupted democratic rule. It might as well be that so many are angered by the abysmal misrule and disastrous governance that have become our lot of late. They may justifiably be trooping out to right the wrongs.

There is nothing wrong with so many citizens trooping out to vie for the top job. The right to vote and be voted for is the most fundamental right in any democracy. Subject to the constitutional requirements and the applicable electoral laws, any number of citizens can crowd the aspiration queue for the office of President. In the observance of these rights, then, there is no numerical limitation.

On the face of it and for the sake of those worried about this many ‘presidents’ on the queue, I suspect so many things are at work simultaneously. The caption of ‘former presidential aspirant’ probably sounds good for the resume of all manner of political journey men. Do not be surprised to see a new breed of call cards after the election season with the prefix: ‘former presidential aspirant XYZ Party’! Also, given the huge price tag of presidential nomination forms in both major parties, the mere ability to buy these expensive gate passes marks out a super elite class in parties that are already elite collectives. No successful contender for the presidential mantle can ignore the interests of those who have vicariously contributed 50 or 100 million Naira to party coffers in the run up to a general election. Political patronage in the form of significant appointments and contracts go mostly to those who contribute ‘something’ to the winning party and ticket. These huge sums to buy presidential gate passes may have been stolen, borrowed, coughed out or leased with a common promissory note as investment in the political industry in this season of political casino.

It would be unwise to ignore the role of the socio economics of the political industry in a matter like this. The times are hard. Most sectors have closed shop. Businesses are ghosts of what they were intended to be. For the better part of the last decade, Nigeria has been mass producing elite destitutes on an industrial scale. The natural recourse has been to the political industry.

Nigeria’s elite joblessness figures are among the highest in the world. Big names with fat certificates but without productive engagements. Charge and bail lawyers that have never seen the outer walls of a court let alone file a suit or win a minor case. Businessmen with offices condensed to the size of their fancy call cards. Young professionals in search of challenges. And of course a few good men and women, fiery idealists in whose eyes burns the unquenchable desire to serve our public and make this place a happier land. It is from this mixed army of desperate elite that our political industry draws its incoherent practitioners.

Our political sector is the only industry with lax entry requirements. It has the highest rate of return on investment over a relatively short time. Moreover, you do not have to do much work to come by stupendous wealth and astonishing influence. The Nigerian political industry is one of the most profitable in the world. It has an unbelievable risk to reward ratio and an inverse relationship between work and wealth. A destitute of yesterday can turn out a billionaire in less than a four year term. People who used to go for political meetings in Abuja by night bus have been known to fly first class relentlessly ever after becoming ‘something’ in Abuja. In a free racket economy, the political rags to riches stories in Nigeria Will make useful teachable case studies in some good business schools.

This may not totally account for the over crowding of the 2023 presidential bus. In fairness to our political class, some of them have developed a certain ‘can do’ confidence. The role of president has become very ordinary and trivialized that practically any street side hustler or high school dropout can aspire to and actually become president in Nigeria. You do not need to be able to spell your name, read anything beyond three paragraphs or understand the contents of the annual budget. No need to break your head over what bookish columnists in silly newspapers are rationalizing. Flip to the cartoon pages instead and enjoy a good laugh. The world is not such a serious place after all.

Nothing can justify the audacity of some of the more unserious and laughable aspirations. Unserious aspirants have a way of debasing and trivializing the target office. The laughable aspirants show a basic lack of respect for the dignified office of president of Nigeria. Inherent in that is also a disrespect for the people themselves. A sitting Central Bank Governor that defies the non- partisan nature of his office to openly aspire and campaign for the presidency is patently disrespectful of his office and the very people whose money and financial well-being are in his custody.

On a normal day, an aspirant to the position of president should possess certain irreducible minimum qualities. A basic track record of service with demonstrable results, a clear knowledge of Nigeria and the world, an executive capacity to manage people and resources in a diverse polity are some of the minimum requirements. Keeping their hands and eyes off the public till is an even greater prerequisite.

Yet in the long queue of presidential aspirants, we can pick out only a few good men, people with good public service records and sound education. Even fewer in the pack are people who can fix problems that require courage and innovativeness.

In the minor parties, my friend Kingsley Moghalu stands out for knowledge about Nigeria and informed options on how to rescue the nation from the present prison house of tragic misgovernance. From the PDP queue, I can see Pius Anyim, Peter Obi and Atiku Abubakar. Each comes with options outside the box and undeniable experience in getting good things done.

In the APC, there is Bola Tinubu who set Lagos on the path to a modern mega city status and introduced a tradition of enlightened governance. Rotimi Amaechi stands tall in the APC pack as one man with an unusual courage and boldness to fix frightening problems. He has fixed things we can see and feel in his Rivers state and all around Nigeria. There is Yemi Osinbajo, exemplary Vice President, an unusual combination of morality, ideas and practical solutions. I hardly know about the rest of the crowded choir.

In real terms then, only about seven from the multitude of presidential aspirants have any business aspiring to lead anything beyond a local government or town union.

The party primaries had better come quickly. Nigerians need to be spared the deafening cacophony of this motley crowd at the gate of the 2023 presidency. The messages from this crowd are clashing and increasing the tumult. Only the impending binary choice after the primaries can spare us the rowdy shouting match.

[Devotional] IN HIS PRESENCE: The food for infancy 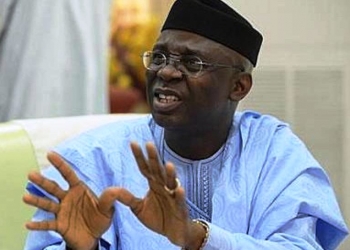