by Bayo Millz
in Columnist
Reading Time: 4 mins read
A A
0 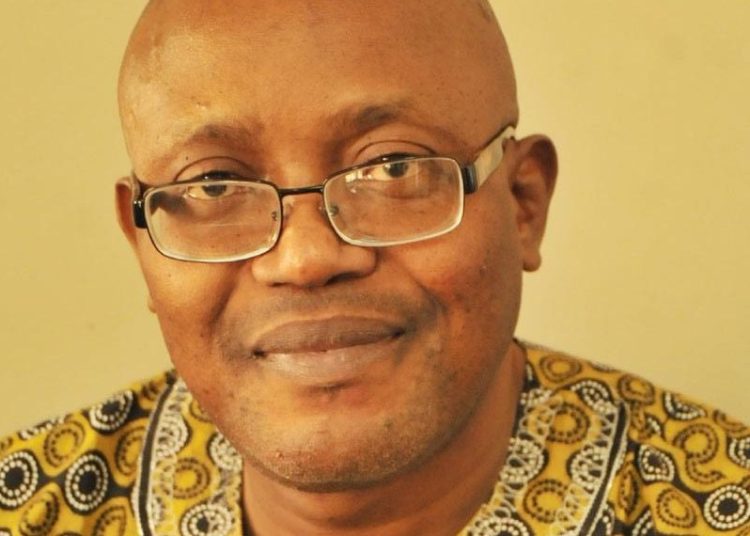 Super heavyweights, the United States, US, and China wrestled in the last week of last year into 2022 on the issue of forced labour. The US had drawn the first blood when on Thursday, December 23, 2021, President Joe Biden signed into law the Uyghur Forced Labor Prevention Act.

It is an “Act to ensure that goods made with forced labour in the Xinjiang Uyghur Autonomous Region of the People’s Republic of China do not enter the United States market, and for other purposes.

As a trade unionist, I ordinarily take serious any labour issue. But I am sceptical when such comes from the US.

This is for several reasons, including my experience in the Governing Board of the International Labour Organisation, ILO. Although the US is the highest contributor to the ILO budget, sometimes as high as 22 per cent, it is notorious for giving scant regard to labour.

It is the only country I know that does not recognise the international workers May Day. It also does not readily ratify ILO International Conventions which protect labour.

For instance, the US has ratified only 14 of the 189 Conventions of the ILO. Ironically, while America claims to be fighting against forced labour in the Xinjiang, China, it has for 92 years now, refused to ratify the ILO Forced Labour Convention No 29 which can protect workers worldwide against forced labour.

So, can America be trusted when it claims to be fighting forced labour in China while it refuses to ratify the international instrument against forced labour which can be domesticated to protect American workers?

Shouldn’t we admonish the physician to heal himself? Jesus Christ in Matthew 7:5 said: “You hypocrite, first take the log out of your own eye, and then you will see clearly to take the speck out of your brother’s eye.”

There are conventions fundamental to the basic protection of labour rights in America and the universe which the US has refused to ratify.

I have not tried to argue whether there is forced labour or not in Xinjiang, China or that if such is proven, that country should not be sanctioned. All I have done is to explain why I am sceptical of American claims.

For instance, in the early 2000s President George .W. Bush, with the support of Britain’s Tony Blair, claimed that Iraq had large stockpiles of weapons of mass destruction which it could activate within 45 minutes.

The then Iraqi President Sadam Hussein was portrayed as an unstable mind who could unleash these weapons against the rest of humanity.

Even the United Nations was manipulated to pressure Iraq to give up the weapons. But after that country was invaded and destroyed with its leaders, including Hussein murdered, the USA could not produce a single such weapon owned by that country. Until today, Iraq remains an unstable country in ruins.

On August 2, 1964 there was said to have been a skirmish between the destroyer, USS Maddox and some North Vietnamese Navy torpedo boats. While this was being processed, the US on August 4, 1964 claimed a more serious attack by the Vietnamese.

It showed images of Vietnamese torpedo boats engaged in the attack. On this basis, the Congress on behalf of the American people authorised President Lyndon B. Johnson to declare war on Vietnam.

The truth is that while the first attack was plausible, the second one which led to the declaration of war never happened.

Millions of Vietnamese were killed in the war that followed. But America did not escape lightly as 45,148 Americans were killed in the Vietnam War, 304,000 injured, 1,244 remain missing while a record 503,000 American troops deserted.Another reason why the US cannot be taken serious on labour matters such as forced labour, is because it has its own unique definition of things.

For instance, forced labour, according to the ILO is “all work or service which is exacted from any person under the threat of a penalty and for which the person has not offered himself or herself voluntarily.”

But America’s definition of forced labour is ridiculous and unimaginative. For example, in the heat of the COVID-19 pandemic when countries, including the US, shut their borders against the rest of the world, small Cuba, in opting to save lives across the universe and combat the pandemic, sent over 3,700 doctors and medical personnel to 46 countries, including in Europe.

In the first five months of their mission, the Cuban White Coat Army treated 355,785 victims of the pandemic and saved 9,736 lives. Some, across the globe, including myself, campaigned that the Cuban medical personnel be awarded the 2020 Nobel Peace Prize.

However, America condemned Cuba on the basis that by sending the medical personnel abroad, the country was engaging in “forced labour” and “human trafficking”. Michael Kozak, Assistant US Secretary of State for the Western Hemisphere, said: “Crises (COVID-19) don’t justify trafficking medical professionals, who need protection now more than ever.” Senator Marco Rubio wrote the American government to sanction Cuba for alleged “forced labour”.

The then US Secretary of State Mike Pompeo, while criticising South Africa and Qatar for accepting medical assistance from the Cuban doctors bellowed: “We’ve noticed how the regime in Havana has taken advantage of the COVID-19 pandemic to continue its exploitation of Cuban medical workers…Governments accepting Cuban doctors must pay them directly. Otherwise, when they pay the regime, they are helping the Cuban government turn a profit on human trafficking.”

Pompeo went on to announce new sanctions against Cuban officials involved with the humanitarian missions!

Can a country whose leadership cannot define forced labour be trusted with enacting a law on same?

The US did not base its new legislation on verifiable facts. Rather it did so on deductions that the cotton industry in Xinjiang which supplies nearly 84 per cent of China’s cotton has witnessed massive increases.

That since there are minority Uyghur prisoners in that region, they must have been used for such production increase. So the new US law requires each part of the supply chain to prove that its products to be sold in America, were not produced by forced labour.

Excuse me: it is too early in the year to be distracted by jokes, let me face more serious matters.