Home » Columnist » Rivers 2023: Amaechi vs Abe and others – By Ehichioya Ezomon

by Ehichioya Ezomon
in Columnist
Reading Time: 5 mins read
564 6
A A
0 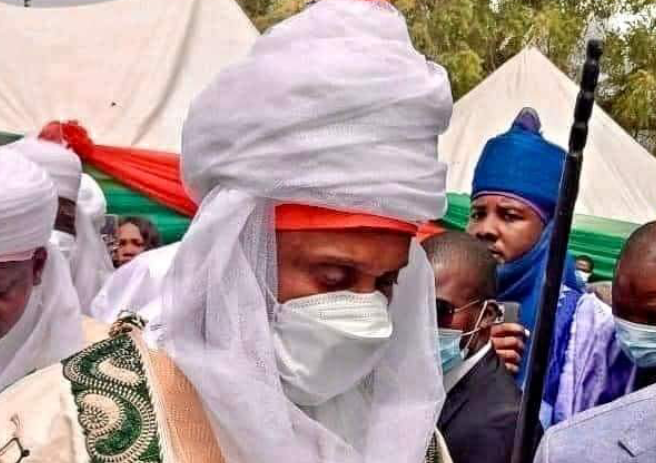 As new frontiers open in the Rivers State chapter of the All Progressives Congress (APC) over the 2023 governorship contest, a final showdown is imminent between estranged political gladiators, Chibuike Rotimi Amaechi and Magnus Ngei Abe.

At issue is whether Abe, former Senator representing Rivers South East, is qualified to vie on the platform of the All Progressives Congress (APC) from which he’s obtained the Expression of Interest and Nomination Forms to participate in the May 12 screening of governorship aspirants, and the May 18 primaries, respectively.

Abe and his faction had reportedly declined to revalidate their membership last year, on the excuse that the materials for the exercise were hoarded by the Amaechi camp for its members.

But other reports indicate that the Abe faction deliberately refused to revalidate their membership under the new APC leadership that emerged from the Amaechi camp, as approved by the Courts.

So, if Abe didn’t revalidate his membership of the APC, and yet purchased the nomination forms that entitle him to participate at the primaries, will he be allowed as a non-registered member?

How did Abe get the forms if he isn’t a member of the APC? Was it to get him to part with N50 million for the nomination forms, and then disqualify/prevent him from participating in the primaries?

If Abe isn’t an APC member, how did he get nominated onto the board of a Federal Government body that only card-carrying members are entitled to? That shows some powers beyond the Transportation Minister, Mr Amaechi, are backing Abe!

These and more are the knotty questions that need answers – and quickly too – as the Rivers APC is headed for fresh crisis, not only from the Amaechi versus Abe tangle, but Amaechi against some loyal members in his camp vying for the governor’s seat in 2023.

Presumably as per the listing by the unrepentant promoter and defender of APC and Amaechi, Chief Eze Chukwu Eze, they include Messrs Dakuku Peterside, Dawari George, Tonye Princewill, Davies Sonkote and Alabo Ebenezer.

Their aspirations, especially that of Dr Peterside, the defeated governorship candidate of the APC in the 2015 polls, have been cut short following the adoption of “consensus” by the Rivers APC to pick its flagbearer in Pastor Tonye Cole, an oil magnate that also got the ticket for the aborted APC platform in the 2019 polls in Rivers.

Like Abe has always cried about, these aspirants had asked for, and looked forward to a primary process on a level-playing field, to test their acclaimed popularity with the APC delegates.

But their entreaties were unheeded, as a group of APC elders from the local government areas of Rivers met and cast their lot for Cole, as the “consensus candidate” going into the primaries.

Thus, the Amaechi camp has fire to quench on three fronts. First, from the APC loyal members that wanted to contest for governor. Only a timely and sincere mollification could make them to shelve their ambitions, and back Cole’s candidature for the 2023 poll.

Second is Abe, who undisguisedly spearheaded the court-ordered disqualification of the APC from fielding candidates for governorship and legislative elections in 2019, with the APC recording net zero.

The Abe faction has virtually signalled its intention to travel that disingenuous route again if Abe is prevented from the screening or primaries, or the processes are manipulated to favour any aspirant.

On May 1, at the National School Field, Okrika, during a meeting with the people of Okrika and Ogu/Bolo local council of Rivers, Abe urged his supporters to brace up for the tough fight ahead.

His words: “I have said it before, and want to say it again, that Rivers people have never been slaves to anybody and nobody, no matter the amount of money he has, nobody can enslave us here in Rivers State. We can chart our own destiny.

“Let me assure you all that the road ahead will not be easy but you have the power, the capacity and audacity, and I know that we can do it. We will do it and we’ll win.

“I will present myself to the Rivers people and if they decide to choose a better person over me through a transparent process, I will support that person.

“We must have a clear and transparent process. But if they bring somebody through a kangaroo process, we will not accept. We will challenge it.” It’s an ominous warning that relives the past!

The third confrontation for the Amaechi camp is from Rivers Governor Nyesom Wike, and the Peoples Democratic Party (PDP), who triumphed over the APC in 2015 and 2019 when Amaechi was director-general of the Buhari-Osinbajo Campaign Organisation.

Wike, who makes Amaechi and APC his daily talking points, even at Sunday worships, was the “drummer” that played for the Abe camp to destroy the APC, from the lead-up to the polls in 2019.

From all indications, Wike is prepared to play that role again if a willing hand is found in the APC during the process of the polls. And that’s why the Amaechi camp should handle with care, dexterity and flexibility the governorship aspirations of Abe, Peterside and others.

It doesn’t do Amaechi any good for Chief Eze to reference the Minister harping on “loyalty” by party members, particularly in the wake of sidetracking of other aspirants in the “choice” of Cole as the consensus pick of the Rivers APC for the 2023 elections.

Or how is offering negative opinions about consensus “immoral for anyone loyal to the party and her leadership to think otherwise,” as Eze said, even as he “accepts and agrees with some school of thought” that “Cole is not an ideal politician by keeping off from most of our political activities and welfare of members”?

Should the aggrieved aspirants, denied the opportunity to test their popularity with the APC delegates, shrug off their disappointment with a whimper and clap for Cole and his “kingmakers”?

The right approach to quench the simmering fire is what Chief Eze comes to eventually in his daily bulletin on his media group’s WhatsApp page: sympathise and plead with the aspirants.

While appealing to Peterside and others to sheath the sword, Eze reminded them that losing the governorship ticket isn’t the end of the road, as there’re numerous appointive positions if they join hands to fight, to elect the APC at the state and federal levels.

Eze’s words: “Our major goal, as party faithful, is to ensure that we get back the Brick House (in Port Harcourt) and occupy the Aso Rock (in Abuja), and when that happens, we all will be tired of appointments. So, why fight over little or inconsequential issues while we are capable of having better opportunities by tomorrow.”

As for Abe, it’s doubtful any plea, other than allowing him to have his day at the primaries, will change his mind against going the same road he’d trodden the last time, especially as he wasn’t sanctioned for his obvious anti-party activities of dragging the APC through the Courts, and scuttling its chances in Rivers in 2019.

Of course, Abe would argue that his rights and those of his factional followers, as registered APC members, were breached by alleged exclusion from the party congresses and primaries.

And the only remedy available to them, after the APC failed to resolve the issues, was to approach the Courts that ruled against the party for violating its own rules and regulations regarding the conduct of congresses and primaries.

Such self-inflicted injuries should be avoided in the screening and primaries, to prevent the APC losing the 2023 polls – the third time in a row in Rivers State – either through the ballots or via the Courts.