School children abduction, I told you so – Dele Sobowale 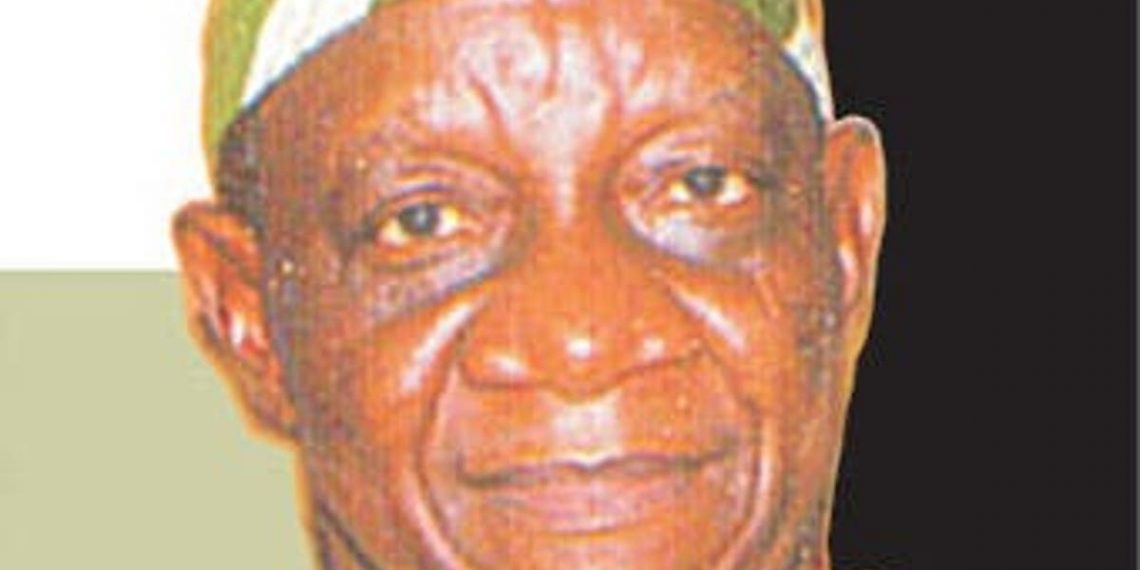 Twice in March, after President Buhari had announced on March 1, 2021, that the Zamfara abduction of school children would be the last, I wrote on these pages that “If you believe that, you will believe anything.” Today, as several cases of raids on schools have occurred, even Buhari’s spokesmen must now have run out of words in his defence. What we now have in Nigeria is like what the Viet Namese called America during their war in the 1960s – a Paper Tiger. Millions of us who thought that nobody could be worse than Jonathan must now admit one thing. We were wrong; dead wrong. This is the wrong General for this war and we will suffer the consequences of voting him to power. At the risk of being accused of self-praise, I must state that nobody else in Nigeria had predicted that calamity that had befallen us, since 2015, as accurately. May be I should compile a book of all the predictions on insecurity, economy, poverty, food insecurity, power generation and especially The Next Level – which Nigerians were told in 2019 will result in Anarchy.

“Numerous are the streams that lead to social prosperity, but all spring from the same source; and that is public education.” Gaspar Jovellanos, 1744-1811.

I read Jovellanos in 1967 while in search of what the poor countries must take as their top priority if they intend to catch up with more advanced countries, the Spanish writer made a strong case for education – even ahead of agriculture, security and good governance. According to him, a society which disturbs the process of educating its people – especially the young — is heading for chaos.

Chaos is here in Nigeria in the Education sector. For the first time, anywhere in the world since history began, parents sending their kids to school, must save for tuition, books, uniform, transport and feeding. They must also save to pay the ransom demanded by bandits. Under President Buhari, the unthinkable has occurred. Education in the North has come almost to a halt. The roll-back of civilisation to the Stone Age has started. Obviously, the man has no clue concerning how to prevent our slide into barbarism; and his world view is as severely limited as his education. There is nothing for Nigeria to build on.

Last week, the UNESCO had this to say about the calamity in the Nigerian education sector under Buhari. “No child should ever have to choose between education and their life, but, this is often the case in many countries including some communities in Nigeria, as education becomes the target of direct and constant attacks resulting in the death, injuries and abduction of learners and educational personnel.”

The UNESCO should not be surprised about the “Devil’s alternative” – your education or your life — that Northern kids are facing. A few years back, a government spokesman had announced on television to land owners and farmers “Your land or your life”. That is the hell on earth in which Nigerians now live. Unfortunately, the North will suffer more. It was well behind the South and the world in education before now. All the gains of almost ten years will be lost this year alone; there might be few schools open in the North for several years.

Until Buhari, the Arewa Consultative Forum, ACF, had stood solidly behind every Northern Head of State – right or wrong. Even kleptomaniac Abacha enjoyed their support until the end. They started in 2015 following the same script. But now, they are the most endangered species of Nigerians. They constitute the few oases, the Haves, in a vast Northern desert of Have-nots. And, as I warned in April 2019 in an article titled “From Begging to Demanding: The Revolt of Almajiris”, the present Northern elite will pay dearly for the entrenched inequities of their fore-fathers and theirs. The millions of people they failed to educate are poised to terrorise them. And in “From Maigadi To Megida”– published this year, I gave a true life example of how the Have-Nots in the North are now increasingly calling the shots – even in Buhari’s Katsina State.

ACF members have joined the ranks of those who no longer follow Buhari. When you add almost the entire South and the Middle Belt Forum, it is clear that Buhari is already suffering a fate which US President Lyndon Johnson, 1908-1973, described, when he said “The worst thing that can happen to a leader is to look back and see that nobody is following.” The bandits who are thrashing his legacy obviously despise him. Buhari’s only real followers are now those he employs and who are compelled to continue with their group self-deception.

“A man in a suit of armour need not be brave.”

It is becoming crystal clear that Buhari’s security forces can only move against unarmed civilians in the South East; send 50 fully armed men to Sunday Igboho’s house to destroy it. But, none of them will volunteer to go to Borno State to confront equally armed Boko Haram fighters. All their bravery is limited to when they have overwhelming power in their favour. Nothing more. They cannot protect the kids or communities in the North from being attacked by bandits and people abducted. That is now obvious.

KADUNA: A TRAGEDY WAITING TO HAPPEN

Of all the tragedies which had befallen Nigeria, none breaks my heart more than the calamity which had swamped Kaduna State since El-Rufai became Governor. In February 2016, in an article titled “Before Kaduna State explodes” the following warning was made to all stakeholders in that state.

All religions must be tolerated…For everyman must get to heaven his own way.

Our country is bleeding profusely from the blows inflicted on it by the apparently unending Boko Haram insurgency; another possibly prolonged round of blood-letting has started with the pro-Biafra movement which recently claimed reportedly over twenty lives in Aba on February 7, 2016. The last thing we need now is another religious conflict; and certainly not in Kaduna state. Yet, the stage is being set, even if inadvertently, for one. That would constitute the mother of all tragedies to befall Nigeria.

Even my plea to the people of Kaduna not to re-elect El-Rufai or expect bedlam was ignored. He was re-elected and the people of Kaduna are suffering the consequences of choosing wrongly. Unfortunately, El-Rufai still has until May 29, 2023 to torture them. He must run away from the state, and stay out, for dear life – once the battalion of armed escorts guarding him are removed. When he finally departs, he will leave behind a state which will need at least twenty years, and at least three successive better Governors to repair the damage done.

HISTORY IS BEING WRITTEN; THEY WANT TO GAG MEDIA

“Journalism is the first rough draft of history.” US Editor of Newspaper.

It never occurred to me how true that statement was until I read it and thought about it for some time. Now, more than ever, in the Age of Internet, governments are having the histories of their tenure written every minute. And, they have lost the power to suppress unfavourable reports. A few totalitarian nations, under the thumb of heartless despots try their best. But, they are losing the battle. Communications technologies have defeated them.

That is why the first people they try to silence are journalists and media commentators. The reason bad governments target the media is quite simple.

“Every government is run by liars; and nothing they say should be believed.”

My eldest brother, late Chief Sanu Sobowale, started his career in government as the Private Secretary to late Alhaji Adegbenro who was the Minister of Lands and Labour in the Awolowo Government of Western Region. I was too young then to know anything about governments. In 1979, after the victory of the Unity Party of Nigeria, UPN, in Lagos State, he was appointed the Commissioner for Justice and Attorney – General under Governor Jakande. By then, I had known a lot about governments; and my compilation of materials for the VANGUARD BOOK OF QUOTATIONS had started. Gold’s observation was already among them. I recollect one day, after Daddy, as I called him, had made statements praising the Jakande administration, jokingly replying that I read somewhere that governments are not always truthful. His mood darkened. Perhaps the only thing that saved me from a dirty slap was the distance from where he sat behind his desk and where I sat. After catching his breath, he then said. “Dele don’t believe that about every government. Ours is honest.” Only history of governments in Lagos can determine that if it ever written. Meanwhile, he readily agreed with me when I called Shagari’s government “a bunch of bloody liars”; and even provided some examples of the lies that the NPN was peddling.

So, it comes as no surprise to me that those in the Buhari administration will not like their falsehoods exposed. For them, Buhari is the best thing to have happened to Nigeria. The only way they can look at their own faces in the mirror and keep their sanity is to embrace the group’s lies. Furthermore, they must fight with everything at their disposal any attempt – particularly media – to present the truth. Efforts to introduce draconian laws are familiar steps taken by governments which have failed woefully as the Buhari/APC government.

Furthermore, being typically forgetful of history and lacking foresight, they ignore the fact that they will not be in government for ever. Major El-Mustapha (rtd) was Abacha’s Chief Security Officer, CSO; and widely regarded as the second most powerful man in Nigeria. I can testify to his brutality against the media. When Abacha died and he was removed as CSO, I wrote an article titled “The Hunter Becomes The Hunted”. Despite my four trips to detention under him, I advised him to run away “because if you don’t and your enemies catch you, you may not see your bedroom again for years.” He ignored the warning;

he was caught and tried by who he treated with disdain; sentenced to life imprisonment. It was the Supreme Court which eventually sprung him loose after spending ten years in jail. He maintained his innocence throughout. Guess who was publishing his story – the same Nigeria media he wanted silenced.

Buhari’s presidential history is being written everyday. Nobody can hide the ugliness. Schools were closed and farms ravaged under Buhari’s watch. Period. “Even God cannot change the past” –Agathon, 447-401B.C. 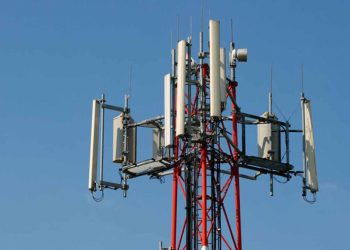 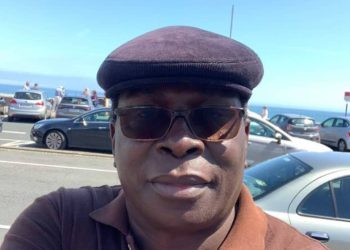 Dead End of the Politics of Catastrophe - Chidi Amuta