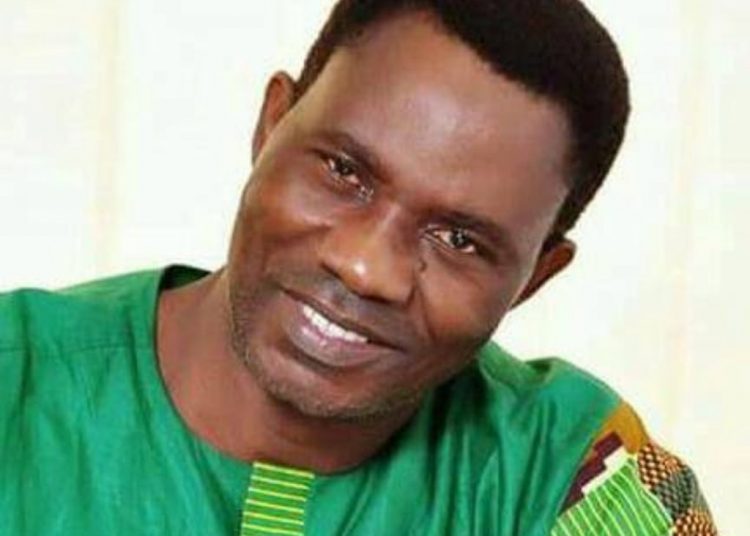 Unless it truly turns out to be a publicity stunt and a hoax aimed at gaining media blitz as alleged in some quarters, Tiwa Savage, a sultry songstress and dancer, will be doing an incalculable discredit to her public image if her sex romp video tape should surface in the public domain. For all intents and purposes, I couldn’t come to any acceptable reason to rationalise why a diva like Tiwa should get so enamoured with romantic fantasy and sexual adventure to the extent of allowing her sex romp with her lover to be filmed. It is sheer stupidity.

Tiwa, in a video, claimed that “I am not going to let anyone blackmail me for doing something natural.” I feel disgusted with that feeble defence. Yes, it is natural for her as a woman to have sex with whomsoever she desires, but on the contrary, it is not “natural,” in fact, it is outlandish to have her sexual intimacy recorded for any reason at all. Whatever happens between a husband and his wife is nobody’s business. And in case of any blackmail attempt against the wife, I will strongly support the woman because they both belong to each other legitimately and they’re entitled to do whatever that will spice up their love life.

I remember an incident in a Pentecostal church in Lagos sometimes in 2019 during a family week service. Married people were allowed to ask ANY question that bothers on their family and love life with the aim of rejuvenating and healing ailing marriages thereby. From serious to funny questions were asked. It was quite a day of truth and reality as financial, sexual and attitudinal knotty issues were tabled for discussion.

“I will answer this question as a Pastor, as a man, and as a counsellor. As a Pastor, I will say emphatically “NO” because it is not an appropriate use of the organ. As a man I will say it depends on both of you. If he’s able to convince you or you’re able to talk him out of it, that will be fine. But as a counsellor, I will say whatever will keep your man, whatever will make him stay glued to you and whatever will satisfy him and protect him from the enticing offers of other women outside, please do it!” The entire audience erupted in a thunderous applause for the man of God. That puts an end to such conflicts in the bedrooms of the members. So, in essence, if Tiwa Savage did it with her legitimate spouse it would have been okay and certainly not with a boyfriend.

I feel embarrassed each time I hear about such scandals involving celebrities. Tonto Dike, a Nollywood diva, is also crying that her nude pictures are about to be released. What exactly is wrong with these women? Besides, blackmailers have milked some of them dry by extorting huge sums of money from them in exchange for their nude pictures: photographs and videos.

In June 22, 2018 edition of this column, I addressed this same issue. Titled: “Nude Pictures as Weapons of Scandals,” even today, I still find the article as fresh and relevant to Tiwa Savage’s, Tonto Dike’s and other celebrities’ situations. Please read on:

The miserable cases of exposing nude pictures taken by love bemused partners at the peak of their romantic ecstasy are on the increase with its attendant consequences of shame, depression and suicide. The immoral fad is fast assuming a suicidal dimension as many people caught in the web of public ignominy and infamy are resorting to self-destruction.

This ugly incident was first reported in the media in 2007 when a Nollywood actress and Gulder Ultimate Search star, Anita Hogan, whose nude pictures with her Dutch lover now her husband, Mak, were leaked to the public. Hogan’s case which happened over a decade ago had almost been forgotten when an upsurge of the scandalous scenery of nude photographs and videos began to assault the sight of millions of social media users.

Until the recent case of yet-to-be identified woman who was reported to have jumped into the lagoon on the 15-kilometre Third Mainland bridge in Lagos, most of the men using nude photographs to blackmail their woman friends or concubines are usually gigolos or those dating older women. They use such photographs to extort money from the women. But when the cash stop flowing, the photographs or videos taken while the going was good and honey of love was dripping will now become weapons of scandals.

Sometimes in 2017, a very beautiful mother of three in Lagos got her nude pictures taken with her ‘baby boy’ lover in a hotel room splashed on the Internet. The story line was that she couldn’t raise the sum of $10, 000 (Ten thousand dollars) allegedly requested by her younger lover. She thought the boy was joking when he threatened to release the nude pictures. She reportedly toyed with the option of suicide when her naked photographs went viral on the Internet. However, she chose to face the shame and accepted to live with the scars of her action.

A Pastor, popularly known as Letsego, of a Nigerian church in Limpopo, South Africa, reportedly committed suicide for mistakenly sending the picture of his manhood meant for his secret lover by name Miriam, to his church WhatsApp group. When Pastor Letsego noticed his mistake, he reportedly removed himself from the group, refused to take phone calls as well, and was found dead the next day.

The suicide option extended to another Pastor’s wife in Ghana, Osofe Maame, who sent her nude video meant for her husband who was away on a trip mistakenly to a wrong WhatsApp group. She reportedly attempted suicide for being widely embarrassed as an object of ridicule, especially among the church members. In desperation, she tried ingesting a poisonous liquid substance but was rescued in time by her family members, according to Ghanaian news sites.

The recent lagoon suicide occurrence, too, is shameful. I keep wondering how the man involved in the scandal could condescend to a level of releasing such offensive pictures showing his own bleached naked body all in bids to justify his alleged fraudulent action. According to stories making the round, the man decided to scandalize her with the photographs to buttress his case against his estranged bedmate over alleged N10 million loan which he refused to pay back.

No fewer than 30 Hollywood personalities and celebrities like Rihanna, Kim Kardashian, Jennifer Lawrence and several others have had their privacy breached and online accounts hacked as their nude pictures are awash on the Internet. Consequently, actress Meagan Good expressed her thoughts on Instagram; “I’m definitely in shock (and) saddened for everyone who is experiencing this. At the end of the day, we all know these pictures were for my husband,” Pulse.ng has quoted the statement in part.

In the memory of Anita Hogan, the experience was heartbreaking and cruel. “I am human. Of course, sometimes I think of that scandal and I become very sad. It has become part of my personal history now. There is no way anybody will mention Anita Hogan and that scandal will not be remembered.” However, she took the embarrassing moments calmly in her strides. She wept, mourned, flustered but endured the agony of making the most cherished parts of her body as a woman a free show online to the world.

I wish to admonish people to inject sanity into their private relationships. Taking nude pictures or videos is outlandish! It is fun, yes, but it could be suicidal. The attendant ignominy is unimaginable. Don’t allow other people have access to your mobile phones or devices containing your private pictures. In a split of seconds, they could transfer or share your nude pictures without you knowing. Think about the consequence of such a crazy adventure before doing it. I will advise whoever finds herself in this mess to take heart, forgive herself and repent! Here’s what Anita Hogan said:

“On the night that the pictures were published, four popular actors came to my house and said I should pack my things and go to Ghana. They said I should stay there until the crisis died down. But I told them I wasn’t going to run. I didn’t do anything wrong. I didn’t kill anybody. I am not a criminal. So why should I run? Somebody offended me and you want me to run? A lot of people thought that crisis would break my toughness. You can bring me down, but you can’t break me. You are not my creator. My life is in the hands of God. It was just God that gave me the strength.”

Therefore, suicide should never be an option. Let’s stop this messy act in the name of love.