Home » Columnist » The Fall Of FC Barcelona And The Imperative Of Organizational Succession Planning, By Dennis Onakinor

The Fall Of FC Barcelona And The Imperative Of Organizational Succession Planning, By Dennis Onakinor 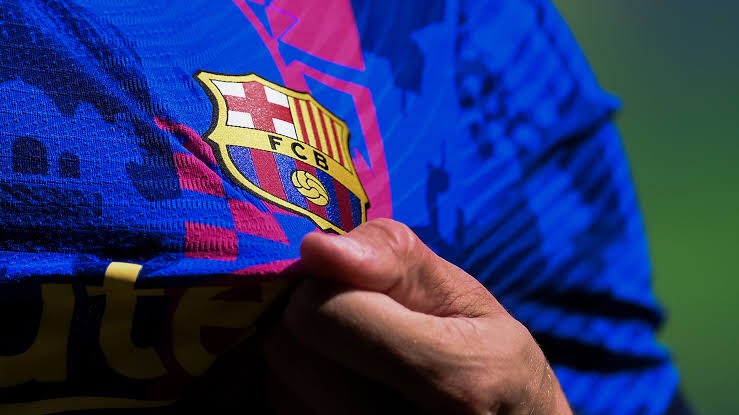 Naturally, humans are not accorded an entire lifetime of physical and mental agility. Hence, even the most brilliant and energetic will experience atrophy and diminishing performances at some point in life. This is more so in the field of sports, especially in the game of football, where players begin to wane as they approach the age of thirty.Therefore, like every other human organization, football club management must continually ensure availability of a succession plan in relation to player attrition.

Failure in this respect is akin to planning–to–fail, as Barcelona Football Club of Spain may have realized, following its humiliating group-stage exit from the ongoing 2021/2022 UEFA Champions League competition, and compulsory entry into mid-table level mediocrity glorified as UEFA Europa League.

While the management, supporters, and fans of FC Barcelona continue to rue the misfortune that had befallen the erstwhile continental and global football giant, wondering where and how it all went so horribly wrong within a space of barely five years, there is an overriding need to situate the club’s present state of affairs in its proper perspective.

Amongst football fans across the globe, it’s an incontrovertible fact that FC Barcelona, simply known as “Barca,” has been one of the most-entertaining teams on the field of play, in living memory. Between 2006 and 2015, the Spanish giant thrilled the world with its unprecedented football artistry that was outstanding for its aesthetic purity and rhythmicity, winning a string of national, continental, and world titles in the process.

To say the least, Barca’s exquisite pass-and-move style of play was often executed with a hint of masterly arrogance, such that the renowned Sir Alex Fergusoncould not help but heap praises on the team: “They do mesmerize you with the way they pass it …In my time as a manager, I would say they’re the best team we’ve faced… They play the right way and enjoy their football.”Surely, no one knows Barca better than Sir Ferguson,whose Manchester United FC suffered two UEFAChampions League title defeats in the team’s hands, in 2009 and 2011.

Parading an array of world-class football artists, Barca’saura of invincibility assured it victory even before the commencement of a match. Players like Carles Puyol, Ronaldinho Gaucho, Samuel Eto’o, Andres Iniesta, XaviHernandez, and Lionel Messi, terrorized opponents, denying them ball–possession, and laying siege upon their goal area. Oftentimes, the team’s coach appeared unconcerned with proceedings on the field of play, knowing too well that there could only be one outcome: a Barca victory.

With Spanish arch-rivals Real Madrid and other European challengers espousing gung-ho football, Barca became the toast of world football as it dished up aestheticism and success in one plate. Arsene Wenger, the former long-time manager of Arsenal FC, had a sad story to tell on the issue of blending aesthetics with success on the field of play, as he was literally chased out of the club in 2018 by supporters, frustrated with his unsuccessful campaigns based on total-football.

Until recently, Barca had no such problems as encountered by the likes of Arsenal FC that sought to play total-football. Perfect harmony prevailed between the club’s coaches, supporters, and fans. Coach Frank Rijkaard, who was recruited in 2003, revived the total–football philosophy introduced to the club in 1988 by the famous Dutch player and coach, Johan Cruyff. Uponsucceeding Rijkaard in 2008, Pep Guardiola, an apostle of Cruyff, heightened the total-football philosophy to the level of an ideology.

Guardiola transformed Barca into a self-synergizing automated machine, blurring all lines of distinction between defence, midfield, and attack. He denounced end-to-end vertical play, preferring zig-zag manoeuvresdesigned to confuse and wear out opponents. As the Argentine football theorist and manager – Marcelo Bielsawould say, Guardiola’s Barca was “a consolidated structure.”

Prior to the 2010 World Cup competition in South Africa, the Spanish national team was ridiculed as the “perennial underachievers,” due to its persistent underwhelming performances at previous competitions. Upon his appointment as national team coach in 2008, Vicente delBosque consulted his crystal ball for a solution to the national team’s recurring poor performances on the world’s stage. The proffered solution was a simple one: Field only Barca players, if possible. And, with eight Barcaplayers in the national team, Spain won the World Cup, for the first time. Thanks to Barca, the “perennial underachievers” became world champions.

In 2012, FIFA’s President Sepp Blatter sought to deflect allegations of corruption swirling around him by referring his critics to the high-quality football exhibited by Barca at the FIFA Club World Cup competition held in Yokohama, Japan, in December 2011. Indeed, the final match of that competition pitted Barca against the South American champions, Santos FC of Brazil, whose coach boasted that his team was no underdog in comparison to Barca, and that his 19-year old danger-man named Neymar da Silva was capable of defeating the Spanish giants, singlehandedly. An effortless 4 – 0 trashing was all that it took to cure him of his ignorance-fuelled arrogance.

In June 2013, Neymar moved to Barca on an expensive transfer deal that was anything but transparent. About a year later, Luis Suarez was also signed from Liverpool. Although both players helped the club achieve its 2015 treble-triumph (UEFA Champions League, La Liga, and Copa del Ray), some people opine that their recruitment marked the beginning of the club’s departure from its total-football philosophy, and thus the beginning of its decline.

More than anything else, the fall of Barca from the pinnacle of continental and global football to Europa inconsequentiality is attributable to its failure to ensure a continuation of its enviable recruitment policy based on its globally-acclaimed youth academy – La Masia. Since coming into being in 1979, La Masia has produced a host of world-class footballers, including Guardiola, Puyol, Xavi, Iniesta, and Messi.

In 2010, La Masia set the enviable record of being the first football academy to produce all three finalists of the annual FIFA Ballon d’Or award as Messi, Iniesta, and Xavi claimed the 1st, 2nd, and 3rd prizes, respectively.

Also, on November 25, 2012, Barca fielded an entire team of La Masia graduates in a league match against Levante, winning the encounter by 4 – 0. Such was the effectiveness of its La Masia-based recruitment policy. But, as they say, good things never last.

As Barca’s Board presidency changed hands from Joan Laporta to Sandro Rossell in 2010, and from Rosell to Jose Bartomeu in 2014, so did the fortunes of La Masia. Laporta had cherished recruitment of its graduates over talents elsewhere, but Rosell and Bartomeu preferred recruiting ready-made talents from other clubs. Hence, they brought in the likes of Alexis Sanchez, CescFabregas, Javier Mascherano, Philippe Coutinho, and Antoine Griezmann in expensive transfer deals. Some of them failed miserably in adapting to the club’s total-football philosophy.

In the same vein, La Masia graduates, like the prodigious Tiago Alcantara, who could have made perfect replacement for the likes of Xavi and Iniesta, were allowed to move elsewhere. And, even when the seven-time Ballon d’Or Award-winning Messi signaled his intention to leave the club in 2020, no conscious effort was made by the club management to find a suitable replacement.

Truly, Barca’s descent from glory to its nadir was long in the making. It began in February 2017, when it suffered a 4 – 0 drubbing from Paris Saint–Germain FC in the Champions League Round–of–sixteen 1st leg encounter, although it progressed to the Quarter Final stage following a miraculous 6 – 1 home win in the 2nd leg. Unable to replicate that miraculous win against Juventus FC, which had humbled it by 3 – 0 in their Quarter Final 1st leg encounter in April 2017, it was sent parking from the competition.

Again, in the Champions League Quarter Final 2nd leg match against Roma FC in April 2018, Barca squandered a 4 – 1 advantage as the lowly Italian club pulled off an unexpected 3 – 0 victory, sending the Spanish giants crashing out of the competition. Worse would soon happen.

History repeated itself in May 2019 as Barca succumbed to a 4 – 0 humiliation in the hands of Liverpool FC, in the Champion’s League Semi Final 2nd leg clash, having won the 1st leg at home by 3 – 0. But, the worst was yet to come.

It came on August 14, 2020, when Barca was handed its worst international defeat by Bayern Munich FC in an 8 – 2 rout, in a Champions League Quarter Final single-elimination match played in Lisbon, Portugal. The humiliating defeat was one too many for the club’s frustrated supporters, whose protests occasioned the October 2020 resignation of the Board of Directors headed by President  Bartomeu.

The re-emergence of Laporta as Board President in October 2020, and the appointment of ex-superstar Xavias team coach in November 2021, did little to halt Barca’sdownhill slide. With its elimination from the ongoing Champions League competition, it will now be compelled to compete against lowly teams like West Ham, Rangers, Dynamo Zagreb, Red Star Belgrade, and Galatasaray in the second-rate Europa League. Perhaps, the tottering giant is now fit only for mid-table football action as it is currently languishing in the 7th position on the Spanish La Liga table.

Nevertheless, Barca may yet rise again if only it can go back to the basics: a revitalization of its La Masia-based recruitment policy, and thus a rekindling of its philosophy of total–football. And in this wise, the club’s supporters and fans, previously weaned on a steady diet of success, must exercise patience in course of the revitalizationefforts. Here, and nowhere else, lies the return of success.

▪ Dennis Onakinor, a public and international affairs analyst, lives in Lagos, Nigeria. He can be reached via e-mail at [email protected]

Why you should not to fear death – Cleric

Omicron: How policies infested a virus, By Dakuku Peterside

Omicron: How policies infested a virus, By Dakuku Peterside