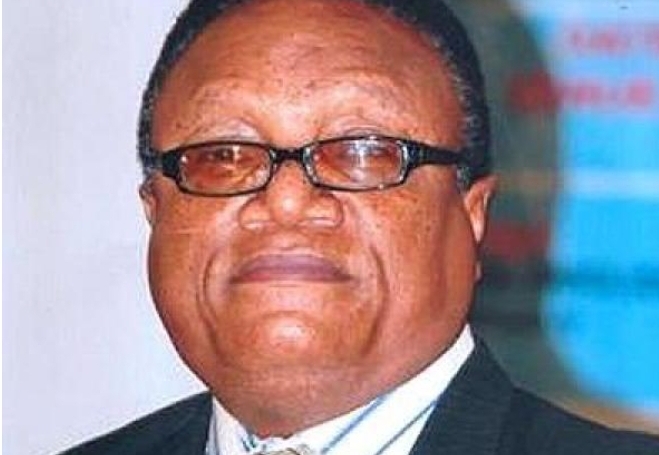 Any man who has spent eighty long years on earth in good health would, ought to acknowledge longevity as God’s gift. Especially so in Nigeria where the average life expectancy is 54.69.  Achieving the 80 year milestone is not by hard work. It is not because one had lived by the rules – nutrition rules, health rules, spiritual rules. Or engaged the best doctors. Employed the best nutritionists. Walked gingerly through good and bad roads. A long life as we now understand it is not by mathematical calculations. It is often outside the control of man. So, when a highly visible and iconic public figure as Professor Bolaji Akinyemi turns 80 on 4th of January 2022, we must roll out the flowers and drums with great panache in thanksgiving to God. As a man of faith, son of a cleric, my big mentor and public service model, Professor Akinyemi acknowledges the grace of God in his life!

His signature cute and ubiquitous bow tie which became the acme of the sartorial elegance of the iconic Professor Bolaji Akinwande Akinyemi as a public official in the 1970s has remained etched in our memory and consciousness some thirty-five odd years after he left formal public office. It is true that he has quit public office, first as Director-General Nigeria Institute of International Affairs (NIIA) under the Murtala/Obasanjo military administration and later as Minister of External Affairs under the Ibrahim Babangida administration. Yet, this eclectic public intellectual in the Henry Kissinger tradition has not quit the public space thanks to a very active media presence. He is an interviewer’s delight, often displaying a profound and historical if socio-scientific understanding of contemporary national and international political and social issues.

Yet, to reduce our remembrance of Akinyemi to sartorial matters reduces, indeed profanes the gamut of intellectual contributions of this public intellectual to the development of policy framework in Nigeria. As a man who bubbled and still bubbles with big ideas on national development, foreign policy, interethnic relations, international relations, electoral reforms, and national security, Akinyemi straddles decades of public service. In all of this, Akinyemi comes forth as a man who spoke truth before its time! What else can we say of a man who in 1987 proposed the need for the ‘black bomb? Or a man who had the temerity to suggest the Technical Aid Corps idea to a military government and had the energy and gusto to see it implemented?

In the heady days of the military in government in Nigeria, one institution that stood out both in quality of activities and presence in the media was the Nigeria Institute of International Affairs (NIIA) where Akinyemi directed affairs from 1975 till 1983. He worked with military Head of State late General Murtala Mohammed whom he had access to on policy formulation and implementation. No one familiar with Nigeria’s foreign policy at the time in question would forget Murtala’s ‘African has Come of Age’ speech and the tough stance Nigeria took on South Africa and the liberation movement in southern Africa.  The seminars, lectures, and conferences organised by NIIA were a regular in the academic space of Nigeria, a veritable town and academia dialogue. All events were highly visible, what with the presence of who-is-who in government at the time, from both the Executive and judicial arms of government. Generals, other army officers and public intellectuals made the NIIA a regular in the calendar of social engagements. Visiting Heads of State and Prime Ministers inevitably stopped by at the NIIA for public lectures. It was during the years when public officials dared to engage in academic discourse, entertaining a variety of ideas and strategies. What ever happened to that culture? The fecund mind and energetic man behind the foremost position of NIIA was the then Dr. Bolaji Akinyemi, a returnee from American and British universities located at the University of Ibadan. How was he able to pull such quality crowds to the lecture hall of the NIIA? That that institute has become a shell speaks volumes of the man Akinyemi.

At the Ministry of External Affairs where he held sway from 1985 to 1987, Akinyemi brought a high quality of thinking into diplomacy. It was during this period that he showed the charisma of a Kissinger in diplomatic and foreign affairs, attending and representing Nigeria in different international events. We had referred to the Technical Aid Corps (TAC) scheme which saw Nigeria exporting manpower to less fortunate countries. The purpose of the scheme was ‘to promote the country’s image and status as a major contributor to Third World and particularly African development’. Professionals such as medical doctors, engineers and teachers served in the programme and projected the image of Nigeria as a medium power in world affairs. He developed a principled framework which underpinned the trajectory of foreign policy at this time – the ‘Concert of Medium Powers’. It was dramatic to name his call for Nigeria to develop nuclear technology the ‘Black bomb’, with all the innuendos on the word ‘black’. Yet it resonated across the country and some thirty five years after, we still pine over lack of energy generation and supply!

Outside government, Akinyemi forayed into national activism under the aegis of NADECO when the time came to challenge the fatal impunity of Maximum Ruler General Sanni Abacha. Sacrificing his comfort and safety he went on exile through the popular ‘NADECO route’, with all its hazards. The thrilling drama of a sudden exit from Lagos in full disguise, facilitated by coded actions and words and a small chain of helpers, to escape the murder squad of the Abacha days is story for another day, forthcoming in his biography. The academic became a hero in the fight for democracy. And when he returned to Nigeria after restoration of democracy, the Yar’Adua and Jonathan governments respectively appointed him to serve the nation in committee work – the Electoral Reform Panel, Committee on Boko Haram, and the 2014 National Confab in which he functioned as Deputy Chairman. He still gives lectures on policy making and implementation though in 1983, he gave a highly cerebral lecture on ‘A Farewell to Policy’!

Professor Bolaji still carries the smile of youth in his old age, with the infinite capacity to laugh robustly when the need arises, with the appropriate anecdotes and jokes. I admire his ability to take on serious issues of national and international importance with remarkable aplomb and consummate dexterity, practically thinking on his feet. He still maintains the poise of yore, with the well-maintained afro-hair style. An ardent believer in the corporate existence of a restructured Nigeria, Professor Bolaji Akinyemi does not look 80, does not walk 80, does not work 80, does not think 80, and certainly does not think 80! His thoughts are lucid his speech pattern measured as a statesman, sure and certain; and his power of recollection almost as sharp as it was thirty years ago! What else does one ask of God at Age 80?

In concluding this tribute at 80 to a distinguished scholar, father, and grandfather, academic, public intellectual, mentor, foreign policy adviser, team player in committee work, social-cum political activist and foremost visionary in the corridors of power I dare say that Akinyemi is a man who spoke truth before its time. At 80, it may not be creation morning; still, it is not an exit time for a man whose training in Igbobi College, Christ School Ado Ekiti, Temple University Philadelphia, Tufts University Massachusetts, and Trinity College Oxford prepared him for the world of ideas and service to humanity! And as we used to say at The Guardian Editorial Board, being 80 has implications!

[Devotional] IN HIS PRESENCE: You give birth to what you see

Madness and the Succession – By Chidi Amuta

[Devotional] IN HIS PRESENCE: You give birth to what you see