Home » Columnist » Women’s Day: Angel or Bitch, Who is She? – By Michael West

Women’s Day: Angel or Bitch, Who is She? – By Michael West 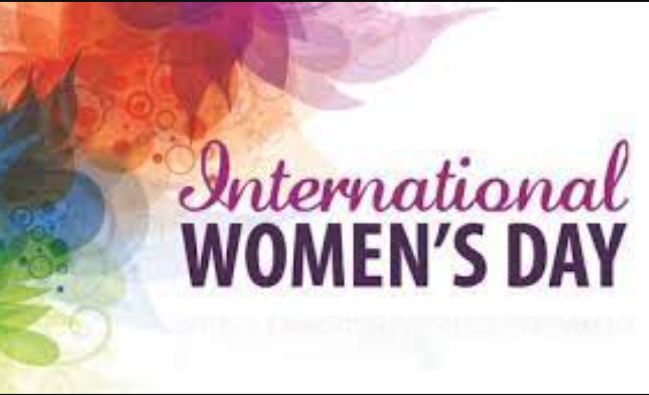 Let me start by admitting that I love women! I’m not alone in this fad, virtually all men do! My kind of love is not mainly sensual; rather, it is the appreciation of their uniqueness, tenderness and spirituality. In my journey of life so far, I have been fortunate to encounter the angels more than the bitches among women. Without women, life will be boring, dry and scanty because there will be no multipliers and replenishers of the mankind.

Last Tuesday, the world was agog with colourful celebration of the annual International Women’s Day. In 2018, I marked the IWD with an article that made some people labeled me a “feminist.” For the benefit of those who are yet to read it and because of its relevance to the event, I therefore represent it for your reading pleasure. Please read on:

The woman was the crown of God’s creation being the very last in the line of creation. The woman exhumes the hidden treasures and potentials in her man and children. She oozes relief, confidence and safety to her family members with her presence and intuition.

The woman smells danger miles away and she’s very sensitive to happenings around her. She’s being ignored sometimes by her man to his perils. She easily decodes messages, dissects the truth from flattery, reads between the lines, hears the unspoken, understands the unexpressed and gets the signals just at a glance. Unlike her man, she makes statements with her dressing, makeup, eye contacts and smiles.

The woman is a stronger being because she multitasks, she’s more elastic and ductile at executing domestic and bedroom activities. She is attractive, tenderly, motherly, intelligent, energetic, protective, and satisfactorily romantic. She actualizes her dreams, translate the vision of her children to reality and propel her husband’s aspiration into fruition. She’s an incubator of progressive ideas, nurturer of profitable ventures and custodian of family investments.

‘Angels’ among women are those that sacrifice for the good of their husbands and children. It is a worthy idea to pay tribute to the ‘angels’ among women. Celebrating them every day is a sure way to getting them to do a lot more. Female ‘angels’ are not vindictive. They don’t pay evil with evil. They easily forgive and let go offences in order to keep their homes and nurture their children. Those who are unlucky to have randy husbands do see their men as ‘naughty big boys’ who will always hurt and betray trust especially with unholy affairs with their female ‘playmates’ otherwise known as girlfriends or ‘side-chics.’

This season reminds me of a woman in 1998 who endured the tempest of life in virtually all fronts. Her husband abandoned her with four children and eloped with another woman to Europe. Luckily, she had a job that barely sustained herself and the children two of who were writing the West African Examination Council, WAEC, final examinations that year. She declined to file for divorce. She refused to go wayward contrary to the counsel of her friends and colleagues.

She devoted the date of her husband’s birthday in each month of the year to pray and bless him wherever he’s. The man’s birthday was 3rd of an ember month, so she chose every 3rd of each month to lift him up before God in prayers asking God to protect him, bless his endeavours, deliver him from the claws and jaws of lioness of life, and restore him to a sweet father-son relationship with Jesus Christ.

For four years, she was sending upkeep to her mother-in-law, accommodating her in-laws whenever they visited, shared Christmas gifts to her parents-in-law in the name of her husband. While everyone knew the man behaved irresponsibly and eloped with another woman, this beautiful and ever smiling mother of two boys and two girls never told anyone so. She told whoever cared to listen that her husband travelled with her consent and that he would be back later.

Six years later, the man returned to Nigeria empty-handed. He lodged in a hotel and sent to her that he’s back but he knew she might not want to see him again. He acknowledged his wrong doing and begged for forgiveness. She came over to see him in the hotel and told him to remain there for two more weeks in order to “tidy up for his proper arrival.” She went shopping and bought designer wears, shoes and some other quality items. She bought a Toyota Carina II on loan and took everything to her husband in the hotel.

On the day of his ‘arrival’, she went with her brother in-law who drove the car to pick her husband from the hotel because she had informed the family members that he had just arrived a night earlier. With the demonstration of this uncommon love, the man fainted! “I don’t deserve this, dear!” He said, amidst sobs. People got to know because his brother couldn’t stomach the benevolence of the woman. What an ‘angel!’

These ‘angels’ are more prayerful and spiritually sensitive. They often ignore gossips, don’t act or react irrationally on rumours, keep a safe distance from bad company of friends and reject misleading counsels. They give without asking in return, and in moments of anger, they watch their tongues. If they vent their fury lousily, they are quick to make up for the hurtful or offensive utterances. They are not perfect but they are humane.

However, it is impossible to have ‘angels’ among women without the opposite. There are women who, in every sense, deserve less because of their abrasive nature and inclement disposition to other people. They are not ready to sacrifice for anyone including their children under any circumstance. They are vengeful, excessively selfish, vindictive, deceitful, haughty, hostile, short-tempered, unforgiving, spiritually blank, emotionally snappy, having a sense of insecurity, disrespectful, quarrelsome and filled with mischiefs.

I want to assert that these set of women are not in the majority; yet, because they still undergo the pangs and pains of motherhood and rigours of domestic duties in their respective homes and families, I celebrate the motherly and wifely attributes in them.

Nigeria is a land daily flowing with the blood of her innocent citizens. Since 2009 when the Islamic terrorist sect, Boko Haram, first launched its onslaughts in Maiduguri, Borno State capital, in which no fewer than 500 people, most of who were Christians, were slaughtered, till date, shedding of human blood through insurgency, kidnapping, banditry, armed robbery, ritual killings and other violence-induced killings has refused to abate. Since 2015 till date, there is no single day without recording unnatural death through one or two of the means highlighted.

The reasons for the gruesome murder of 22-year-old Bamise Ayanwole is unfathomable. The level of insecurity in Nigeria is getting frightening by the day. Even while we cry “Justice for Bamise,” will the advocacy bring the beautiful young woman back to life? Will that fully compensate the loss for her aging parents? I hope her case won’t join the increasing list of unresolved homicide cases which are perpetually “under investigation” by the Police.

In a veiled response to Ebun Adegboruwa, SAN,’s statement on the incident in which the rights activist lawyer raised an alarm of a possible intentional cover-up by the state, Mr. Governor Babajide Sanwo-Olu cautioned against what he termed as “purveyors of evil intentions” which is capable of portraying the government in bad light over the yet-to-be unraveled crime.

While I want to hold Mr. Governor accountable to his promises in ensuring that justice is duly served in this case, I want to also align with the senior advocate’s position so that it won’t be treated like “business as usual” – the way similar cases have been handled in the past. This is one killing too many.

If boarding a government-supervised transport system is not safe, I wonder where else is safe? I want to pray that God will rest Bamise’s soul whose great future was cut short. May her bereaved parents receive the fortitude to bear the irrecoverable loss. Amen.

[Devotional] IN HIS PRESENCE: Who are you mentoring? 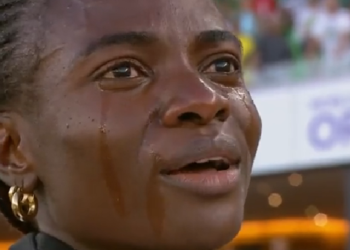 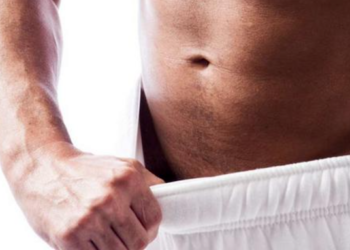 APC Putting Everyone at Risk by Endangering Itself - By Azu Ishiekwene