by Ediri Oyibo
in Crime Watch, News
Reading Time: 4 mins read
A A
0 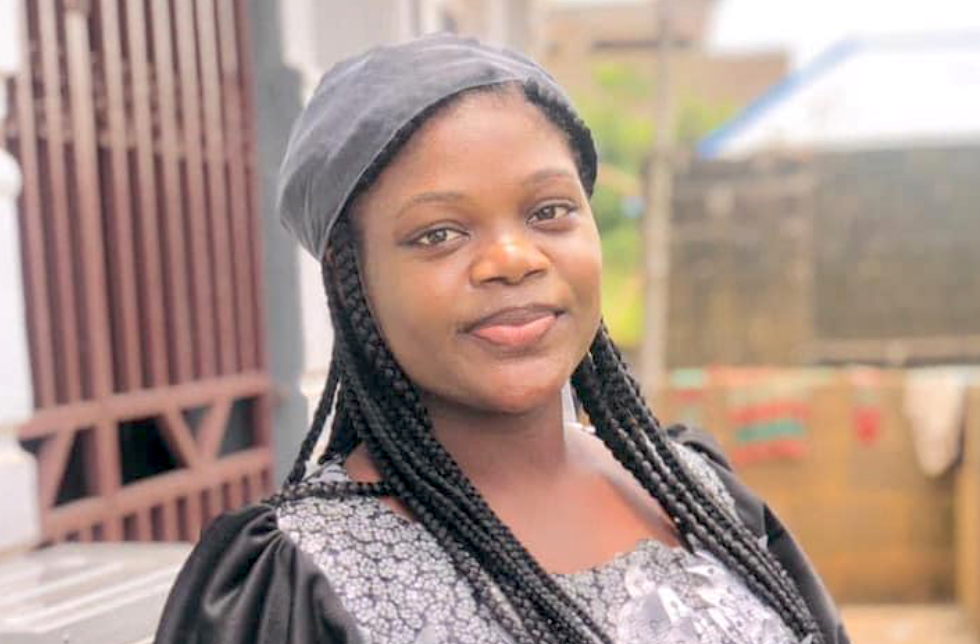 Nice Andrew Omininikoron, driver of the Bus Rapid Transit (BRT) bus involved in the murder of Bamise Ayanwole has given an account of what happened.

TheNewsGuru.com (TNG) reports the BRT bus driver narrated his own side of the murder story when he was paraded by the police in Lagos State on Monday after he was arrested by the DSS in Ogun state.

The 47-year-old BRT bus driver suspected to have murdered the 22-year-old Bamise, said he was a victim of kidnappers that hijacked his bus.

“My Bus was hijacked by the kidnappers that kidnapped Bamise. They held me and the deceased hostage after they flashed me their weapons.

“When those guys showed me the weapons, I was filled with fear. Whatever they told me to do was what I did.

“When I followed the Carter Bridge, they ordered me to stop and open the door. When I opened the door, they started dragging her as they came down.

“When I saw she was crying for help, actually, I was helpless. So, I was thinking she was still inside the vehicle holding the iron; so, I moved on to leave that scene. It never occurred to me they have dragged her down already.

“I do not have connections with any of them. They are passengers that entered my bus,” he said when questioned.

Meanwhile, the Governor of Lagos State, Babajide Sanwo-Olu has vowed that killers of Oluwabamise Ayanwole would be brought to book and that nothing would be swept under the carpet.

Oluwabamise, 22, was kidnapped inside a BRT bus and murdered, with her body dumped on Carter Bridge.

The prime suspect, Andrew Nice, who drove the BRT has been arrested by the Department of State Services, DSS, and handed over to the police for investigation and prosecution.

Reacting to the development in a series of tweets late Monday night, Sanwo-Olu said the life of every citizen of the state mattered to the government.

“Dear Lagosians, the life of every citizen of the state matters to us, and we do not take the security of our people for granted.

“We will therefore leave no stone unturned in the investigation and arrest of everyone found culpable in the kidnap and death of Oluwabamise Ayanwola.

“The driver of the BRT bus involved in this unfortunate incident has been arrested, and Lagos Bus Service Ltd have been directed to cooperate with security agencies in their investigations so that the full weight of the law is brought down on all involved in this ugly incident,” he tweeted.

Sanwo-Olu added: “To Oluwabamise’s family and loved ones, my thoughts and prayers are with you during this difficult time, may the Almighty God console you. I hereby give you my word that JUSTICE WILL BE SERVED.

“To fellow Lagosians, I assure you that I am following all the investigation closely, and will ensure that Oluwabamise gets the justice she deserves.

“I also assure you all that the BRT services remain safe, despite this condemnable act. Once again, my sincere condolences to the Ayanwola family. May Oluwabamise’s soul Rest In Peace. Amen.”

How Bamise was found dead

TNG reports Oluwabamise, who got missing in transit on Feb. 26 while on a BRT bus in Lagos was found dead, according to Police spokesman in Lagos State, CSP Adekunle Ajisebutu, on Carter Bridge by Ogogoro Community on the Lagos Island.

“The corpse has been deposited at the morgue of the Mainland Hospital, Yaba, for autopsy. The bereaved family has been contacted and family members have identified the corpse as that of Oluwabamise, the lady earlier declared missing,’’ he stated.

Ajisebutu added that the Commissioner of Police, Abiodun Alabi, was saddened by the incident.

“He expresses his heartfelt condolence to the bereaved family on behalf of the management, officers and men of the command,’’ Ajisebutu added.

He stated also that detectives handling the case of Oluwabamise would not rest on their oars until her killers were found.

“We assure the concerned public and the bereaved family that we are closing in on the culprits. We are sure that soon the suspects would be arrested and made to face justice for this murderous act.’’ he stated.

He appealed to anyone with additional information that could help in arresting the suspects to kindly send same to the police.

“Such information, we assure, will be treated with utmost confidentiality. The Command is ever-determined and committed to the protection of lives and property of residents in the state and has strengthened its security apparatus to prevent a recurrence of this ugly, disturbing incident,’’ Ajisebutu added.

Oluwabamise worked as a Fashion Designer at Chevron Estate, Ajah, and spent weekends at Ota, Ogun State, with her sister.

She was returning to Ota from Ajah on Saturday, Feb. 26 when she boarded a BRT bus with number 240257 going to Oshodi at about 7 p.m. at Chevron Bus-Stop.

Sensing danger as the bus did not pick any other passenger at subsequent bus stops, Oluwabamise engaged a friend using voice notes on her phone

The voice notes showed that the bus driver said he liked Oluwabamise and asked for her name and other details.

She told her friend to pray for her as she became suspicious of the bus driver and in response, the friend told her to alight at Oworonsoki bus stop, way before Oshodi bus stop.

Oluwabamise also sent a video to her friend showing how dark it was in the bus and said: “there are three men and one woman in the bus. The woman is sitting at the back. That’s the number of the bus in case. Please pray for me.’’

That was the last that was heard of Oluwabamise.

It was gathered that Oluwabamise’s family held a meeting with the Lagos Bus Service Ltd. (LBSL), operators of BRT on Wednesday, March 2 and the latter assured that efforts were being made to track down the driver.

It was learnt that the driver of the bus had not been seen and also the guarantor was nowhere to be found.

Mr Johnson Omilana, a family member who reported at Akinpelu Police Station said Oluwabamise had not been seen since she left Ajah on Saturday, Feb. 26.

He said the family met with the BRT general manager and about three other management staff who said the matter was being shared on social media and that might jeopardise police investigation.

The BRT management also told the family members that it was working with the police to make sure the missing girl was rescued.

The BRT management also told Oluwabamise’s family members that it does not employ drivers directly and that the consultants involved were being sanctioned because of the incident.