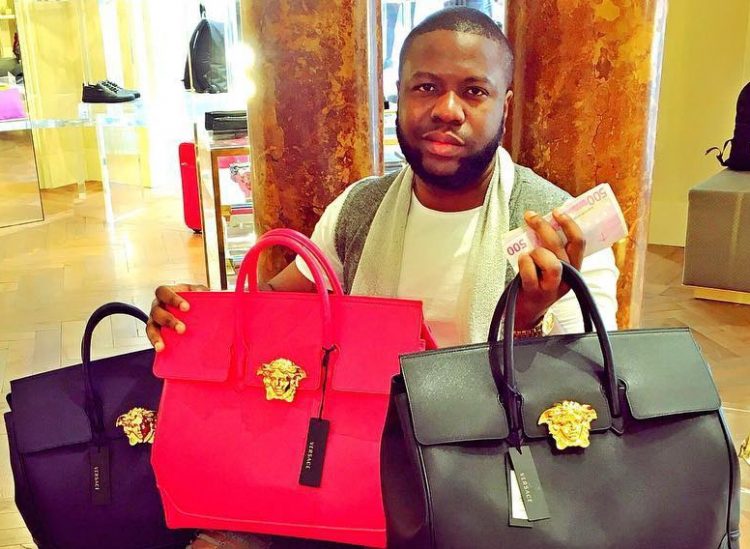 41
SHARES
1.1k
VIEWS
Share on WhatsAppShare on FacebookShare on TwitterShare on LinkedInShare on TelegramSend as Email
ADVERTISEMENT

The legal representative to suspected Internet fraudster, Ramon Abbas, also known as Hushpuppi has said the popular Instagram celebrity is absolutely not guilty of charges levelled against him.

TheNewsGuru.com (TNG) reports Hushpuppi, with over 2.5 million followers on Instagram, was arrested in Dubai and extradited to the United States for prosecution.

Affidavit filed by the Federal Bureau of Investigation (FBI) alleges that Hushpuppi conspired to launder funds stolen in a $14.7 million cyber-heist from a foreign financial institution.

The FBI also alleges a New York-based law firm was defrauded of approximately $922,800. Hushpuppi is accused of laundering $396,050 of the funds alongside two co-conspirators.

Just Put Almost a Millie Naira (A Piece) on My New Versace Palazzo Empire Bag, So I Can Body Bag All Them Dusty Niggas 😄😂😂 #Versace #VersacePalazzoEmpire #ChanelSneakers #FloydMayWeatherTaughtMe

Perhaps, the most notably of the allegations is that Hushpuppi is involved in a scheme to steal $124 million from an English Premier League soccer club in May 2019.

However, Hushpuppi’ lawyer, Gal Pissetzky, of Pissetzky & Berline, told Forbes that his client is an entrepreneur.

He said the Instagram celebrity made his money legitimately through real estate, and from promoting brands.

The legal representative said his client is “Absolutely not guilty of [the] charges they are accusing him of,” adding, “[Abbas] was running a legitimate business and a very legitimate Instagram account and did not take part in any scam or fraud.”

Asked how Abbas paid for his lifestyle, Pissetzky told Forbes, “He’s an entrepreneur. He has real estate involvement … [he’s] an Instagram personality. He was promoting brands and that’s how he was very legitimately making his money”.

Meanwhile, according to the Bureau of Prisons website, Hushpuppi is currently being held in MCC Chicago pending a bail hearing.

If convicted, according to the police press statement following his arrest, the 37-year-old would face a statutory maximum sentence of 20 years in a federal prison.