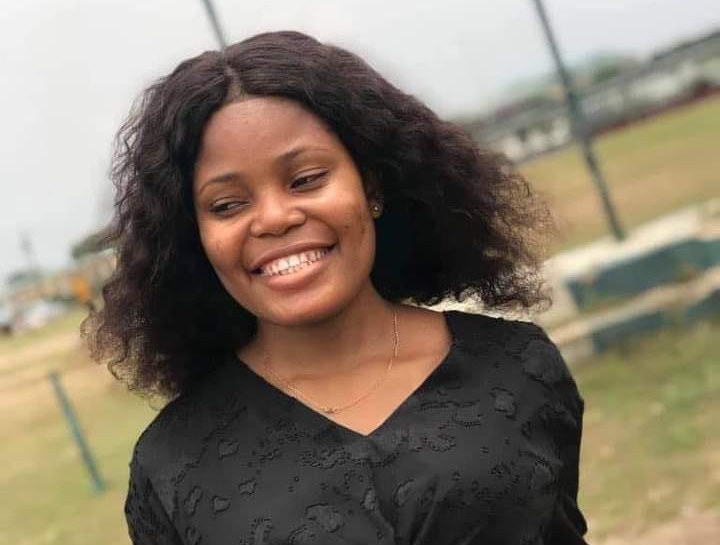 95
SHARES
2.4k
VIEWS
Share on WhatsAppShare on FacebookShare on TwitterShare on LinkedInShare on TelegramSend as Email

The unexpected has happened as a job-seeking young lady, Iniobong Umoren who had been declared missing, has been found raped, brutally murdered and buried in a shallow grave in Akwa Ibom State.

TheNewsGuru.com (TNG) reports the deceased was alleged to have on Thursday, April 29, 2021 went for a job interview at an undisclosed location along Airport Road in the outskirts of Uyo, Akwa Ibom State.

#AkwaIbomTwitter please I'm really in need of a job, something to do to keep mind and soul together while contributing dutifully to the organisation. My location is Uyo, I'm creative, really good in thinking ctitically and most importantly a fast learner. CV available on request.

Umoren’s friend that goes by the Twitter handle: @UmohUduak1 first raised the alarm, and initiated the search for her missing friend, with no one ever expecting the unthinkable and the tragedy that has struck.

The young lady with life and a future has had her life snuffed out of her and cut short by her abductor, one Uduak Frank Akpan, reportedly from Nung Ikot Obio.

Umoren’s friend narrated how about two hours after leaving home for the supposed job interview, she reportedly made a frantic phone call where she was heard screaming before the call abruptly ended.

“Her phone line has been switched off ever since,” @UmohUduak1 recapped, and soon after, the social media went viral with her story which saw the Internet being used to unmask her abductor.

To cut everything short, she sent me a 1sec audio record on WhatsApp and I had to call her back to know if she wanted to say something to me but immediately I called her I heard her screaming.😭😭😭😭😭😭😭
Someone, please help her out

24 hours later, Nigerians on social media provided evidence, locations, contacts and almost everything needed to unmask her kidnapper with the hope that the intelligence provided will help in finding the missing young lady and bring his abductor to justice.

The suspect was alleged to have taken the late Miss Umoren to his house where an argument ensued and in the process, he used an object to hit her on the head resulting in her death. He was alleged to have hurriedly buried her in a shallow grave and ran to Oron to hide.

Following pressure by the Police and Nigerians on social media, Oron became uncomfortable for him and he ran back to Uruan.

The Chairman of Uruan LGA, Surv. Iniobong Ekpeyong was said to have met the accused cousin and asked him to bring the accused to him.

When he was taken before the Chairman, he was asked to be truthful about what actually transpired.

It was there he confessed to his Local Government Chairman that he actually killed and buried her in a shallow grave.

A shocked Surv Ekpeyong had no choice but to call the DPO of Uruan LGA and handed over the suspect to the Police for further investigation and prosecution.

However, @UmohUduak1 later revealed that the abductor of Umoren actually raped her before she was brutally murdered.

“They raped and killed my friend,” she tweeted.

They raped and killed my friend 😭💔💔

Meanwhile, the police had confirmed that two suspects had been arrested and that investigation was ongoing.

Your complaint is hereby acknowledged and investigation has been initiated. Your tracking number is #CRU735614, Thank you for contacting NPF-CRU.

@PoliceNG Anti-Kidnapping Squad of Akwa Ibom State Command is already investigating this case. As a matter of fact, two suspects have been arrested. Further updates will be provided as the investigation progresses.

Meanwhile, Akwa Ibom State Police Command has confirmed arresting one Uduak Frank Akpan in connection to the disappearance of the job seeker.

According to the State Police Public Relations Officer, Odiko Macdon, in a statement released on Sunday, 20-year-old Akpan lured Umoren to his residence under the pretext of offering her a job before he raped, killed and buried the young graduate.

“Following available leads, men of the Anti-Kidnapping Squad of the Command, led by CSP Inengiye Igosi, consolidated on the initial great progress made by the DPO Uruan, SP Samuel Ezeugo and arrested the perpetrator who confessed to have lured his victim to his house in the guise of giving her a job, but ended up sexually and physically assaulting her which led to her death.

“To cover his tracks, he dragged and buried her in a shallow grave in his father’s compound.

“The deceased has been exhumed and deposited at UYTH (University Of Uyo Teaching Hospital) for autopsy.

“The suspect confessed to have told his Local Government Chairman of his atrocity before escaping to Calabar and was never at anytime handed over to the Police by anyone.

“Suspect is a confessed serial rapist who has owned up to the raping of other victims. He will be charged to court at the conclusion of investigation.

“The Commissioner of Police, CP Amienghene Andrew, has called on youths and job seekers to be wary of the activities of scammers and other men of the underworld.

“While appreciating the efforts of the social media family and other fighters of injustice, he has condoled with the family and friends of the deceased.”