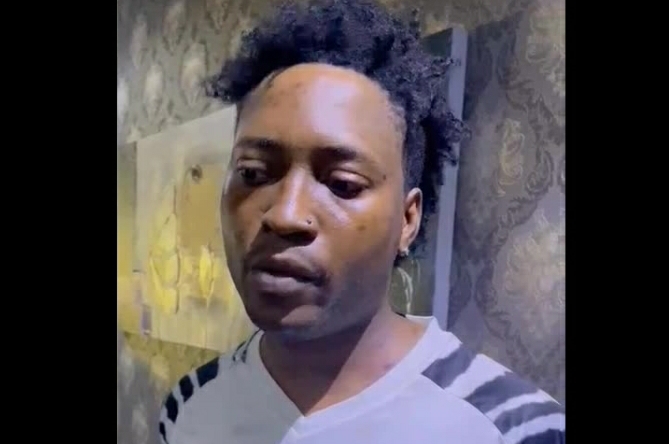 225
SHARES
5.6k
VIEWS
Share on WhatsAppShare on FacebookShare on TwitterShare on LinkedInShare on TelegramSend as Email

TheNewsGuru.com (TNG) reports Dolly Pizzle was arrested by the police with 4 English made Beretta pistols while driving in his Rolls Royce along with his police escort in Lagos.

The police who arrested the Lagos big boy with the pistols with 8 rounds of live ammunition each released a video footage of him being quizzed.

When queried, Dolly Pizzle owned up that the guns were found in his possession and that some of them belong to his friend who he identified as his butcher known as Jide Viper.

He said he has been using only 2 of the pistols that one other belongs to his friend which has 8 rounds also.

As at the time of filing this report, there was no information if Dolly Pizzle had been linked to any robbery case in Lagos State.

Investigation is still ongoing to know the true reason why he has been keeping guns in his possession.

TNG recalls Dolly Pizzle bought his Roll Royce car in 2019 and quickly visited his mum in the Agege area of Lagos to show off his new achievement.

The Rolls Royce car was worth N140 million at the time.