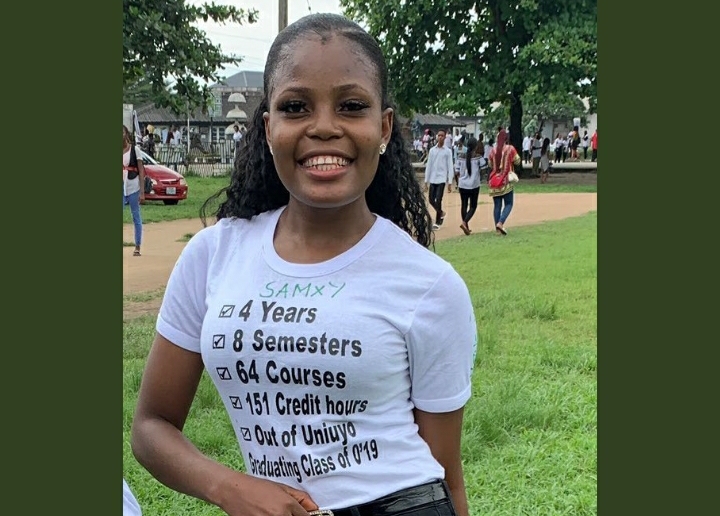 170
SHARES
4.2k
VIEWS
Share on WhatsAppShare on FacebookShare on TwitterShare on LinkedInShare on TelegramSend as Email

TheNewsGuru.com (TNG) reports the police command confirmed the arrest on Sunday, giving an insight into why the daredevil Uduak murdered the budding young lady in cold blood.

According to the police in a statement released by Odiko Macdon, the State Police Public Relations Officer, Uduak raped Umoren before killing her and burying her in a shallow grave.

The police in the statement revealed that Uduak killed Umoren to cover his tracks after luring her to his house in the guise of giving her a job, but ended up sexually and physically assaulting her.

“Following available leads, men of the Anti-Kidnapping Squad of the Command, led by CSP Inengiye Igosi, consolidated on the initial great progress made by the DPO Uruan, SP Samuel Ezeugo and arrested the perpetrator who confessed to have lured his victim to his house in the guise of giving her a job, but ended up sexually and physically assaulting her which led to her death.

“To cover his tracks, he dragged and buried her in a shallow grave in his father’s compound.

“The deceased has been exhumed and deposited at UYTH (University Of Uyo Teaching Hospital) for autopsy.

“The suspect confessed to have told his Local Government Chairman of his atrocity before escaping to Calabar and was never at anytime handed over to the Police by anyone.

“Suspect is a confessed serial rapist who has owned up to the raping of other victims. He will be charged to court at the conclusion of investigation.

“The Commissioner of Police, CP Amienghene Andrew, has called on youths and job seekers to be wary of the activities of scammers and other men of the underworld.

“While appreciating the efforts of the social media family and other fighters of injustice, he has condoled with the family and friends of the deceased.”

Meanwhile, the police, has also confirmed no parts of the deceased body were dismembered, ruling out ritual killing.

However, reactions have continued to trail the brutal murder of Umoren by Uduak.

Especially, a public, televised trial have been demanded of the rapist, his father, his cousin and any other accomplices.

See reactions on Umoren’s murder below:

So the Uduak guy allegedly handed Ini to his father (when it got too hot) who handed her to Uduak's cousin.

A family of monsters! The entire bloodline! You can't tell me others did not know too or had an idea.

We want a public, televised trial of this suspected rapist and murderer Uduak Frank Akpan, his father, his cousin and any other evil accomplices.

Uduak raised an alarm the moment she sensed something was wrong. It wasn’t supposed to end like this. It doesn’t make sense that it ended like this!!! God!!! How??? Why????

Look at this Uduak Frank Akpan very well. Is he on Dreads? No! Does he have beards? No! Is he wearing tattoo? No! Does he have bulky muscles? Piercings? No. Is he a murderer?Yes.I hope the Nigerian police can learn from this. Stop profiling men based on looks. #FindHinnyHumoren pic.twitter.com/8EkhWzWlxi

They found other bodies where Ini was buried? Uduak Frank Akpan has been raping and murdering women for years and getting away with it. The only reason he met his end this time was because ordinary Nigerian Citizens took over the investigation. #FindHinnyHumoren