CORONA WATCH 16: We thought Wuhan was far away! – Olugbenga Ojuroye

by Femi Ajasa
in Editor's Pick, Press Release
0
18
SHARES
438
VIEWS
Share on WhatsAppShare on FacebookShare on TwitterShare on LinkedInShare on TelegramSend as Email

Can I remember what I was doing when I first heard about the novel coronavirus? I would be wrong if I said I could. I know I didn’t hear about it until 2020. That’s how disconnected from the global perspective I could be at times.

But I remember what life was like for my family and I before we heard the first case in the United States. Taking walks was regular, and everything seemed to be okay. I dropped my older daughter at school every morning. My wife had a chance to step out too when picking her up from school. She strapped our then six-month-old daughter in her stroller as she took the twenty-minute walk down to our older daughter’s school for the pick-up.

She always said the journey to the school was longer than the one back home, even if it was the same route. My extremely extroverted daughter couldn’t wait to give a play-by-play account of all the events that took place from the moment she set foot on school property. I guess it reminds me of a lesson about life: time moves faster when you’re in good company. When I hear her talk, I always know that those were not my genes at work.

That’s how life was before the news of the virus. Life was a breath of fresh air. I remember how we took walks down to McDonald’s for the occasional McFlurry and Crispy Chicken Tenders. Handshakes, hugs, and the rare kiss were welcome signs of a caring heart and not life-threatening actions. But right now, at the peak of the curve, no one knows when the outdoors will be as enjoyable as it once was. No one knows.

Now we understand that Wuhan was not as far away as we thought it was. It’s now so clear that we are more connected as a species than we’ve ever been.

What Do We Tell Our Children?
Wash your hands!
Don’t touch that!
Don’t lean on the wall!
As we go out, don’t touch anything!
Do you want germs to grow on your head?

How do you explain to a child that touching a doorknob can kill? “Look both ways before crossing the road,” used to be more sensible advice. Sometimes it was the only warning they gave us as kids before leaving the house. But now the phrase “stay safe” has taken on a whole new meaning. It wasn’t that people didn’t die from other things before COVID 19. I think the problem is the probability of infection as well as the recovery rate. The former is so high while the latter is so low, and the statistics get worse every day.

I haven’t spoken to my parents as much as I have in the past few months. The hours we’ve accumulated over the past three months is more than throughout 2019.

My father doesn’t tell me to stay safe. He asks about each safety item. He asks about the gloves, then the face-masks, the hand sanitizer, and then the six feet safe distance. Then he tells me how much he’s praying for me. If I ever doubted my father’s love for me, COVID 19 has cleared all doubts.

So when someone tells me to stay safe out there, I know they mean “don’t get caught.” But as parents, you don’t ask your children to “stay safe.” You list everything they can do to stay safe. But how do I express these warnings to my children who aren’t even old enough to understand that touching their faces is a significant risk? All we can do is shout the warnings while my daughter looks puzzled as we almost go into a panic attack anytime she reaches for the doorknob.

The Power Of Human Connections
A friend was to get married on April 11. On April 10, he had to send notices that the wedding was postponed. Postponement is bad enough. But heart wrenching are the words “till further notice.” We don’t know when it’s going to happen. Or is it still going to happen? Postponing a wedding is one thing, but not being able to see the love of your life brings on a new level of loneliness. My heart goes out to those in this situation.

We live in Virginia. My daughter’s best friend lives in Maryland. Sometime during the lockdown, we had reason to drive down to Maryland to pick up some supplies. After the purchase, we took a detour to her best friend’s house. Since we couldn’t risk being within six feet, her friend had to wave from the balcony.

For someone used to having sleepovers with her best friend, she began to cry. The level of safety required to stay alive right now is tough on children, especially when you can’t explain it to them in terms they would understand.

Will Things Ever Be The Same?
Hope is on sale right now, and everyone needs to buy it. It’s the only thing that brings some level of sanity. We would only survive this as individuals and families if we can look beyond the shrouded skies and prepare for the future. But what would that future look like?

There’s nothing new under the sun. In 1918, there was a pandemic of similar magnitude when influenza came on the scene. Social gatherings were put on hold, as is the case currently in many countries. (Some countries are enforcing the lockdowns harshly. While some rely on the common sense of the populace to do what’s right).

It’s a little over a century since the last pandemic. A century, that’s the keyword here. We’ve had a full hundred years of relative normalcy with regards to epidemics. So we can look back to have a favorable view of the future. We hope to get another 100 years of normality as a species.

I can tell my daughter that she’ll see her friends soon. I can say to her, “you’ll go to school soon.” If she asks for a bike, I can promise her she’ll get one with the hope that one day she’ll ride it under clear skies and without any threats to fresh air.

Will things be the same? A lot of people have written on different platforms that it wouldn’t be the same. I agree with them a hundred percent. Things won’t be the same. But I know for sure that things would get better. We’ve come too far and too low for us to go any lower. The only way forward for humanity is up.

The Best Of Humanity Is Yet To Come
I’ve seen compelling stories in the past few days about people stepping up for others and making them know there’s still light even in these bleak times.

Some people shop for the elderly who have a high risk of infection and a low survival rate. The same goes for people who are at risk because of underlying conditions. We see the heroic efforts of frontline medical personnel who risk their lives to combat the disease. Some have families whom they haven’t seen for months so that they reduce the risk to their lives. We also see some celebrities online sharing their wealth so that others who don’t have enough could have a leg up. Who knew that some people could do with a little less, right?

Humanity needs its heroes. My daughter says she wants to be a firefighter, as well as a doctor and everything else that speaks to the hero complex. That’s why I can be sure that we will rise from this. But we will only grow when humanity shines its brightest light; when each human heart focuses a little less on what’s best for me so that someone else can survive one more day.

We will rise from this. The best of humanity is yet to come. Our glory days are right ahead of us.

Hi! I’m Olugbenga, and I’m a freelance writer. I can help you with blogging and article writing, ghostwriting, and editing. I write with The Brave Writer, Koinonia, and Makings of a Millionaire on Medium. I run Cloak of Fire, which focuses on Spiritual and Motivational content. I am also the author of From Seed to Harvest: Stepping into God’s Best for You! Contact me on olugbengawrites.com. Let’s work together. 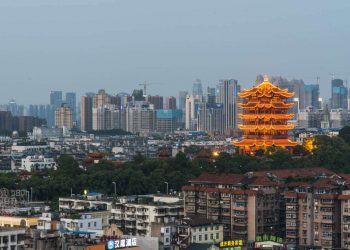 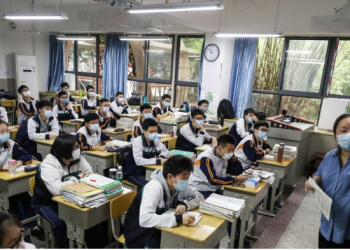 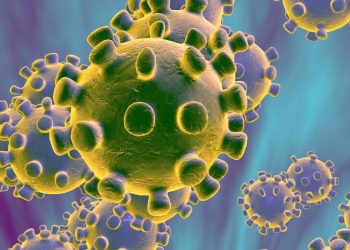 Kano troubled by over 150 unusual deaths in 72hrs, cause of deaths unknown, says official