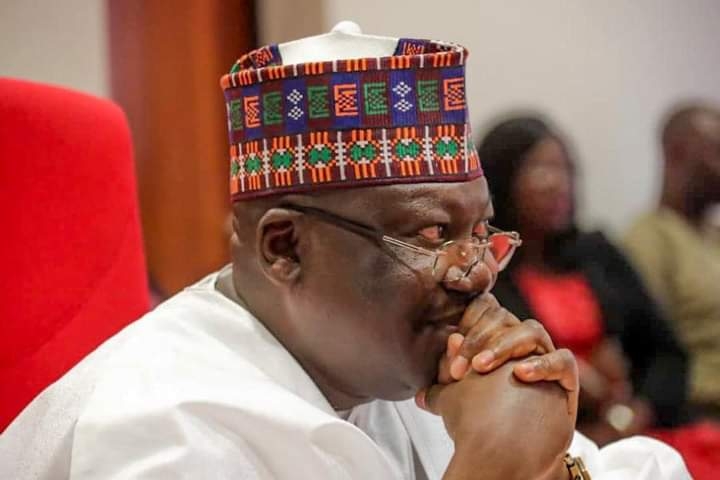 Senate President Ahmad Lawan has said the Senate will intervene in the lingering dispute between the Federal government and the Academic Staff Union of Universities (ASUU) by bringing them back to the negotiation table.

TheNewsGuru.com (TNG) reports Lawan made the promise on Tuesday in Abuja to officials of the National Association of Nigerian Students (NANS), who were led to his office by a concerned Methodist Bishop, Dr Sunday Onuoha.

The NANS President, Mr Sunday Asefon, who spoke on behalf of the students decried their continued stay at home and disruption of the students’ academic programme.

He urged the Senate President to intervene in the dispute between the Federal government and the University teachers.

Responding, the Senate President expressed unhappiness about the turn of events, recalling that the Senate had intervened in the past before everything broke down again.

He, however, promised that the Senate would wade in again and expressed optimism that the issues would soon be resolved.

“You are in the right place. We are going to intervene. We will make concerted and sustained efforts to bring back ASUU and the Federal government to the negotiating table.

“So that we are able to resolve as quickly as possible those issues that are now very knotty and have stopped our Universities from reopening.

“That is now making our students walking the streets all over the country.

“But I want to appeal to you, too, since we are going to make effort to bring back everybody to the negotiating table, you should give us a chance to do that believing that we are going to find a solution.

“Because it is not only enough to bring them back to the negotiating table, but we will participate and I want to make sure that we find the solution when we start the negotiation again.

“Now that you have come here, we are going to make sure that everybody in this sector especially those in public sector who have responsibility and mandate perform their functions.

“We will make sure they do that.

“Because you have come, I think we also have some tonic enough in us. Time is of essence and we must do whatever is necessary to get this issue resolved,” he said.

Also, responding to the threat by the students to distrupt political activities, Lawan appealed to them to continue in the path of consultation and avoid confrontation.

“I want to also advise, I don’t think it will be necessary to distrupt political activities. We shouldn’t do that and we don’t need to do that.

‘What we need to do is to continue to follow the path of consultation, consolidation and avoid confrontation.

“It is when you emphasise consultation, it is much easier for us to find something that you can consolidate.

“Your prayer is that you want the Federal government and ASUU back to negotiate and resolve the issues.

“We have taken this prayer. We have endorsed it and we will work for it as quickly as possible.

“It is an opportunity for me also to appeal to ASUU to suspend this strike period because there is no way ASUU can negotiate with the Federal government when it is on strike.

“So, it is an opportunity for us to have them, at least create a window, suspend the strike for a certain period and let us see how far we can go.

“I want to be very positive that we are going to resolve this issue as soon as possible by the Grace of God,” Lawan said.

The Senate President said the 2009 agreement which was the subject of the matter was not properly thought out before it was signed.

“Somebody just wanted ASUU to go back to the classroom and just signed everything there.

“We must understand that there are things that when we promise we should do, we must do,” Lawan said.

2023: I will reset Nigeria, everyone will enjoy – Tinubu