by Bartholomew Madukwe
in Energy and Power, Nigeria
Reading Time: 2 mins read
A A
0 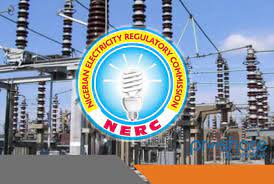 Garba asserted that GenCos lack the capacity to deliver.

Why generation of electricity is difficult in Nigeria – GenCos

In his words: “It will be reckless to sign agreement for the generation plants for capacity that has not been delivered.”

Oseni blamed the development on a conductor snap on a 330 Kilovolts (kV) transmission line along the Benin, Edo State axis, adding that the fault was however said to have been rectified yesterday.

He noted that some of the GenCos have no effective contract on payment of unused electricity.

“If a generation company has effective Power Purchase Agreement (PPA), which provides for payment of a certain level of capacity, then there is an obligation to pay.

“A number of generation companies however has no effective contract that guarantees the payment of the so-called unutilized capacity.

“The good thing is that we are gradually migrating to a point where the generation plants will have capacity payments being somewhere and somehow delivered along the value chain,” he said.

The power sector regulator chieftain also explained that the government has stopped the payment of electricity subsidy, saying the decision to discontinue it (subsidy) was entirely that of the Federal Government.

On compensating consumers for poor service, especially as outage worsens, Garba said NERC has robust data gathering strategies and would do such.

He said NERC had once compelled Jos DisCo to refund N200 million to consumers for poor service as well as Enugu DisCo.

NERC Vice-Chairman Oseni, who fielded a question on the grip collapse, pointed out that the first system collapse happened due to a conductor snap on the 330 kilovolts Benin transmission line axis.

“It cascaded into the loss of 414 Megawatts of electricity from the Ughelli plant,” he added.

Oseni posited that power generation dropped from the 5,300 Megawatts (MW) average in October 2021 to 4350MW in March.

He stated that it was a dip by about 1000MW on the grid that denied some customers enough supply.