by Bartholomew Madukwe
in Energy and Power
Reading Time: 1 min read
570 6
A A
0 Almost all parts of Nigeria has been thrown into a fresh spell of darkness since Friday following the collapse of the national grid, the third in less than a month.

The Kaduna Electric Company recorded the collapse as occurring at 6.29pm.

Spokesman for the company, Abdulazeez Abdullahi, said in a statement: “Dear Esteemed Customers, the management of Kaduna Electric regrets to inform you that the current outage being experienced in our franchise states is due to a collapse of the national grid,”

“The collapse occurred at about 18:29 pm this evening. Normal power supply shall be restored as soon as the grid is restored. We sincerely apologise for all inconveniences.”

“Please be informed that there has just been a national grid collapse causing an outage in our franchise areas,” the AEDC said and apologized for “the inconvenience caused and appeal that you bear with us while we await restoration from the TCN (Transmission Company of Nigeria).”

On its part,the Eko Electricity Distribution Company said: “Good evening everyone. We regret to inform you that the current outage affecting our entire network is due to system collapse.”

The grid had first collapsed on March 14 with the second collapse following on March 16.

What we are doing to improve power supply in Abuja – AEDC 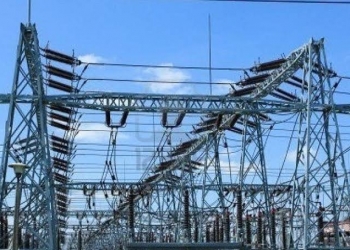