by Femi Ajasa
in Entertainment
Reading Time: 2 mins read
A A
0

1.5k
The stage is finally set for the grand finale of the ‘Unleash Your Talent 2017’ of African Children Talent Discovery Foundation (ACTDF)’s Unleash Your Talent 2017, an initiative that seeks to discover talents in singing, dancing and acting.
The event has been scheduled for September 8, in Port Harcourt, Rivers state.
Addressing newsmen in Abuja on Thursday, president of the foundation, Noah Dallaji, said the show will give hope to young Nigerians in despair; while integrating them for the purpose of nation building.
He expressed optimism that the grand finale would afford participants the chance to celebrate life and enjoy it to the fullest.
“When we see our efforts impact positively on the needy and watch them in turn use their God given talents to influence the larger society positively, we become satisfied,” he said.
He explained that the foundation had continued through thick and thin to uplift human lives in a most spectacular and humane way across the nation and beyond the shores of Africa.
He added that while the foundation scouts for talents and help in developing same, it believes that harnessing human resources could help improve all aspects of tourism.
Dallaji said the foundation would use its participation at the summit to showcase the potentials in Nigerian youths to the world.
He said the winners would also join the foundation on a trip to New York for the United Nations (UN) summit later in September.
Dallaji said the first and second runners up at the grand finale would get varied contracts in their respective fields worth millions of naira and cash prizes.
Some of the celebrities expected at the event include ACTDF’s ambassadors- Ejike Asiegbu, Emeka Rollas, Tonto Dikeh, Thelma Okoduwa Ojiji, Lilian Esoro, Alex Usifo, Kate Henshaw, Marvelous Benji, Black Solo, Faze, Yemi Blaq and Sound Sultan among others.
Also expected at the occasion is the Senate President, Bukola Saraki and Rivers State Governor, Nyesome Wike who is going to host the massive guests expected in the state on the said date.
Tags: ACTDFUnleash Your Talent 2017
SendShare110Tweet69 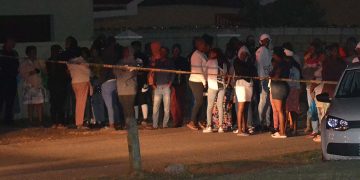