by Kehinde Ajose
in Entertainment
65 3
0 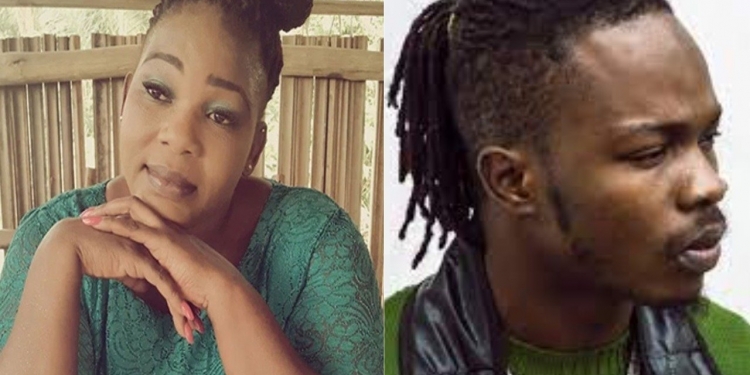 The ‘Tesumole’ singer on Wednesday shared his sexual fantasies which include having sex with a mother and daughter and having sex with his girlfriend in a cab driven by an Igbo man.

His statement has been faulted in many quarters, while many label him as a band influence.

Joining the fray, Ada Ameh accused the singer of using his page to promote things that aren’t positive.

She further revealed that she regrets the day she hugged him on the plane and called him the president of the Marlians because she liked him.

“I had to unfollow you because you no get sense. You open your mouth say you want to sleep with a mother and daughter forgetting that you’re are public figure.

“First of all, before you go sleep with a mother and child, tell your mother to go sleep with your father’s brother, Imbecile,” she said.

In the same vein, outspoken actress Chioma Ifemeludike, described the post as a “total disrespect to women.”

“This is a terrible, horrible and disgusting statement coming from an African , a Muslim, and a human being… A total disregard and disrespect to women and more disappointing to think that this guy has a daughter…,,” she wrote on Instagram.

“You just got off fasting and prayers and can’t wait to spew gibberish… if I were your fan (which I’m not) I’ll unfan you immediately. I know we are loosing our morals, standards and values from impregnating girls out of wedlock, to ignoring social responsibilities as celebrities now this…

“Some of you are just useless and very bad influence to our youths and society at large…. Utilise your stardom while it last, impact lives positively here on earth…”

Kane: Mourinho wanted us to be men, leaders – some couldn’t do that