American rapper, Cardi B changes name to ‘Chioma B’ in Lagos

by Olaotan Falade
in Entertainment 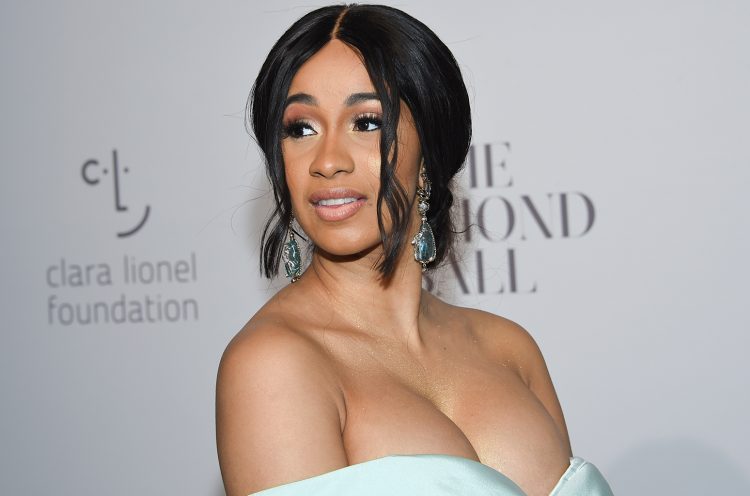 American rapper and multiple award winner Cardi B, visiting Africa’s most populous city Lagos for Livespot X Festival on Saturday appears to have adopted a new name Chioma B.

On her Insta story on Friday, she stuck the name on her video portrait. It can be surmised she will answer to this name while in Nigeria, but as Davido points out, Chioma is also the name of his Fiancée.

“Chefchi we have a problem”, Davido posted in his reaction, adorned with laugh emoji.

In her insta story Chioma B also appears to be absorbing the spirit of Lagos as she shows a panoramic view of some parts of the city, before she pans the camera to herself to show her new name tag.

Since she arrived on Thursday night, she has made several requests, among which were that she wants to see the real Lagos, the ghettos where the people live and eat the popular Nigerian jollof rice.

From the little she had seen, she thinks Lagos resembles Dominican Republic, the birthplace of her father.

Cardi Bi was born on 11 October 1992. Her full name is Belcalis Marlenis Almánzar. She was born in Manhattan and raised in The Bronx, New York City. She became an internet celebrity after several of her posts and videos became viral on Vine and Instagram.

Her father is Dominican and mother Trinidadian and Spanish. She has a daughter in a marriage with another American rapper, Offset.

The Livespot X Festival will hold also in Accra, Ghana on 8 December.