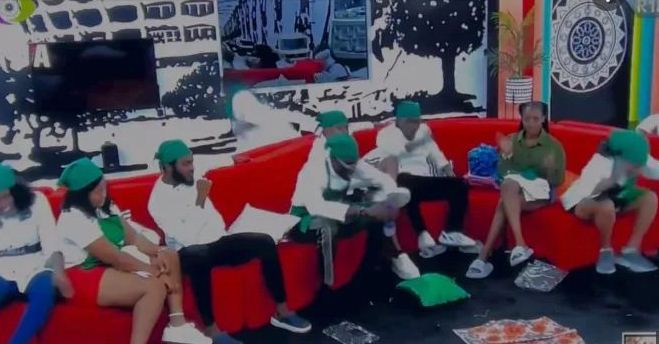 Team A housemates of the Big Brother Naija Level Up edition have won the Knorr Task, which was completed by Level 1 and Level 2 using various approaches.

The Big Brother Naija 2022 housemates on Wednesday night were faced with the Knorr task in week 3.

The task was sponsored by Knorr Nigeria and it was a promotional task by the Housemates in week three and team members were asked to cook for the Knorr task in the level-up season.

For the Knorr Task, the Big Brother Naija “Level Up” Housemates were asked to work as teams from their respective level in the week 3.

Each team had to work together for the Knorr task and it had to be in the arena after rehearsal by the housemates in their respective houses.

After splitting up into teams, they went their separate ways to get prepared for the task presentation.

TheNewsGuru.com reports that each level was shared into four separate teams and did their cooking together before the task presentation.

For the first task, housemates were asked to present the Knorr products by the team members during the task.

After making the meal, they were to explain the ingredient, importance and present their respective meals to the whole house and Biggie. As usual, most housemates displayed their talent to Biggie.

The Big Brother Naija housemates were called to the arena by Biggie for task presentation as the arena was set up by the task sponsor (Knorr Nigeria).

The Big Brother Naija Knorr Task, is an annually BBNaija Task That was organize by the Nig Brother Naija Organizer so as to keep the housemate engaged and at the end of each task they will be awarded.

After the task was divided into various groups, each group’s performance was evaluated separately.

SEE THE VARIOUS GROUPS BELOW: