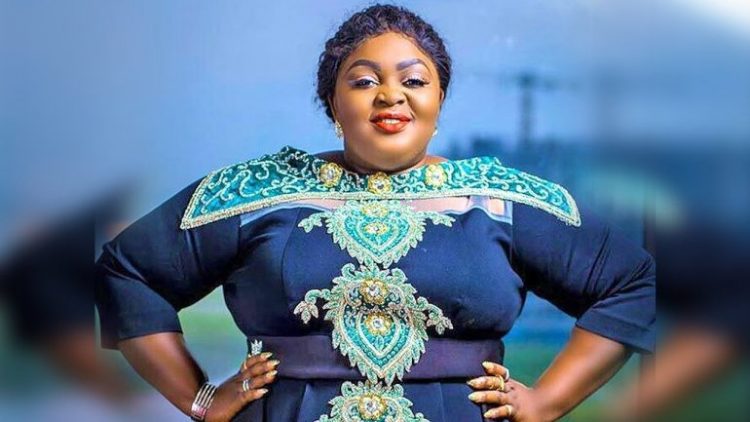 Plus sized actress and filmmaker, Eniola Badmus has said being called fat doesn’t bother her. The ‘Gbogbo bigz girls’ actress made this known via her Instagram page.

According to her:” Being called “fat” doesn’t bother me because it’s a simple fact. Yeah, I am fat. I have body fat. And what about it”

Eniola is not a stranger to trolls who practically live on her social media account and vent acerbic words on her.

In an interview with Punch, the actress noted that  she doesn’t bother to read negative comments.

“I am very comfortable in my own skin and I love myself. I don’t even bother reading comments because I know that some people are just naturally bitter and they actually need help. Many of the people you see who are so full of anger online actually deserve our pity. So whenever I come across such people, I don’t even argue with them or reply. I just ‘jump and pass’ and say a prayer for them. Besides, many of these people cannot even utter half of what they say online if they come face-to-face with you; they are just cowards,” she said.

Nigerians slam Eniola Badmus for not self-isolating after UK trip