by Bartholomew Madukwe
in Entertainment, News
Reading Time: 2 mins read
657 6
A A
0 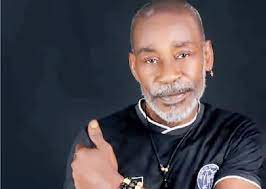 The cause of the death of one of the oldest and most talented actors in Nollywood, Gbenga Richards, has been revealed.

TheNewsGuru.com (TNG) reports that the popular Nollywood actor has been suffering from diabetes and other related diseases, and some of his colleagues made efforts to raise money to cater to his welfare before his unfortunate demise on Wednesday, May 11, 2022.

Simi reveals why she dumped Nollywood for music

Actress Tonto Dikeh reveals why she was arrested in Dubai

Last year, some of his colleagues had appealed to the public to help donate funds to help save the actor who was battling an illness.

Femi Adewale, a popular media personality and Tv Director broke the sad news of his friend’s passing on his social media page.

The veteran actor is well known for his action scenes and had contributed greatly to the growth and advancement of Nollywood.

Richards was reportedly in his 60’s years of age.

TheNewsGuru.com (TNG) gathered that the deceased has contributed immensely to the growth and development of the Nollywood Industry.

Aside his talent, Richards’s deep voice has equally endeared him to the hearts of fans of Nollywood.

In one of his interviews, the actor said: “I don’t think there is anything I have done I would single out as my biggest success. All I know is I have done quite a lot, and I have made impressions on the minds of people, and a lot of people still remember me by them. My best is yet to come because I am still under-utilised.”

The veteran actor has featured in dozens of movies for Nollywood, and his handling of guns in movies has been hailed and envied by many. Some of his blockbuster movies include 30 Days, Darkest Night, Betrayed by Love, and many others.

In 2019, his marriage to his colleague in Nollywood, Florence Richards allegedly collapsed. Though since then, there has not been much information about their alleged breakup nor what later became of their marriage of over fifteen (15) years.

[Devotional] IN HIS PRESENCE: When men say ‘no’ to you

[Devotional] IN HIS PRESENCE: When men say 'no' to you