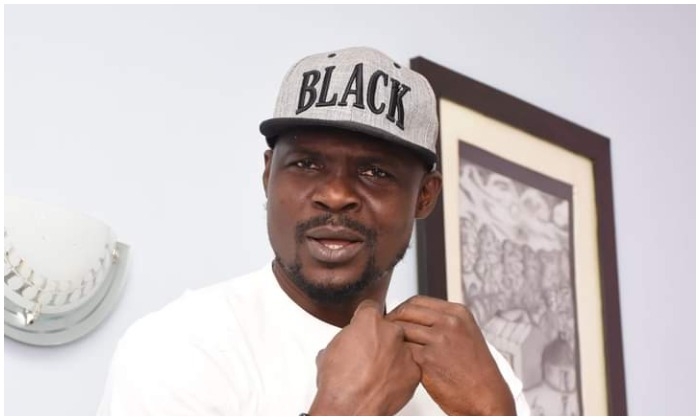 A close-circuit Television footage has shown that Nollywood actor, Olanrewaju Omiyinka, aka Baba Ijesha, kissed and fondled delicate parts of the body of the 14-year-old girl in the care of popular comedienne, Damilola Adekoya.

According to a review by The Punch, Omiyinka, while engaging in the ungodly act, was also captured licking the fingers on the left hand of the victim and caressing the minor’s legs and thighs with his left hand.

In a seeming effort to sexually stimulate the minor, Omiyinka was seen lifting the teenager’s dress as he caressed the minor’s body.

Nigerian jailed over six years for rape in UK

The minor who was clad in a sleeveless gown sat on a sofa in Adekoya’s residence. Omiyinka wore a white shirt, a pair of blue jeans and a hat.

Immediately Adekoya stepped out according to the CCTV video, Omiyinka, who sat beside the victim on the same sofa, was seen using his hand to caress the victim’s left arm.

Before Omiyinka started the act, Princess was seen leaving her apartment with three others, leaving Omiyinka and the victim in the parlour to see off the visitors. After Adekoya left the apartment, Omiyinka was shown by the footage searching the rooms.

Some minutes later, Omiyinka kissed the minor’s arm, hugged and caressed her body as they sat on the sofa.

However, the teenager girl, who was uncomfortable by Omiyinka’s sexual advances, quickly untangled herself from the actor’s grip.

Omiyinka was again seen in the video, standing with the victim in the parlour, hugging the minor and using his two hands to caress the victim’s buttocks.

The footage also showed him bending the victim to a corner on the sofa and kissing the minor. Again, the 14-year-old girl disengaged herself from Omiyinka’s grip.

From the onset, it was observed in the video that Baba Ijesha initiated the sexual advances.

TheNewsGuru recalls that in the footage released by Iyabo Ojo earlier in the week, Baba Ijesha was seen apologizing for what he did.

“You have really tried for me, please forgive me, I am begging you. You will not be put to shame. You do not deserve it. I don’t know what happened to me. I plead with you, please, let me commit suicide. I know I have done something wrong, please forgive me

“Please have mercy on me. I said I am sorry. I don’t know what happened to me. What is happening to me is more than being drunk. Please forgive me, whatever you want to do to me after then, do it.

“Just help me, there is no aim for doing this. When there is a spiritual problem, it is a battle. She knows I have a spiritual problem that’s why some people gave her my number. I have not done it to any other person. The devil just wants to destroy me through this. It is not intentional. I feel bad for what I have done. Aiye le.”

Toyin Lawani and Carolyn Hutchings accuse each other of Lesbianism

Kaffy explains why she quitted lovemaking with husband