Chimamanda Adichie, Nigeria’s novelist-cum-feminist, has come out to deny the plagiarism claims of Anne Giwa-Amu, a Welsh author and lawyer.

Giwa-Amu, who authored a book entitled ‘Sade’, had earlier claimed that Chimamanda “stole” her 1996 novel for the critically acclaimed ‘Half of a Yellow Sun’, which was produced in 2007.

The development had culminated in a lawsuit as well as heated debates among both readers and fans of Adichie across social media.

But on Sunday, the aggrieved author took to her Youtube page to narrate how the Nigerian novelist plagiarised her work, prompting a rebuttal from Adichie.

COVID-19: I get worried anytime my doctor husband leaves for work- Chimamanda

In a statement issued on Monday by Wylie Agency, Chimamanda’s literary agents, the 42-year-old author described Giwa-Amu’s allegation as “delusional and libellous”.

Chimamanda also said that she had never heard of Giwa-Amu’s book until she had made mention of it.

“Chimamanda Ngozi Adichie and her publishers had never heard of Giwa-Amu’s novel until she brought her delusional claim,” the statement read in part.

“Her present allegations are false, libellous and constitute harassment to Chimamanda Ngozi Adichie. Further legal actions are being taken.”

In 2016, Giwa-Amu had sued Adichie and her publishers for the alleged infringement, prompting the appointment of “independent proofreaders” to peruse both novels.

The agency said a court had struck out the plagiarism claims when Giwa-Amu approached it 2019.

Wylie added that the court described Giwa-Amu’s case as “an abuse of the court’s process.”

COVID-19: I get worried anytime my doctor husband leaves for work- Chimamanda 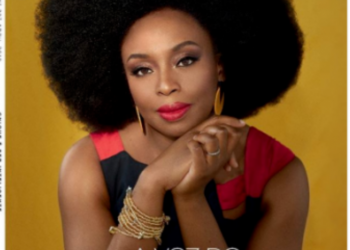