by Kehinde Ajose
in Entertainment, Movies
155
SHARES
1.2k
VIEWS
Share on WhatsAppShare on FacebookShare on TwitterShare on LinkedInShare on TelegramSend as Email
ADVERTISEMENT

Nollywood actor and politician, Kenneth Okonkwo has revealed how he feels over the sequel of ‘Living in Bondage’ tagged ‘Breaking Free’.

Asked about how he feels about being featured in ‘Breaking Free’, the sequel to the movie, Okonkwo said it makes him fulfilled.

“It makes me feel fulfilled. Nobody gave us a chance that it was going to be like this. If after 27 years  the first movie has sustained the tempo to the point  that modern people started yearning for it, which led to a sequel,  I feel very fulfilled and I thank God for it”, he told newsmen at the media parley for the movie.

Speaking further, the actor revealed the differences between the Living in Bondage of 27 years ago and the sequel.

Enugu APC Primaries: I have not been disqualified- Kenneth Okonkwo

“If you talk about technology, it would be like comparing the stone age  to the modern age. But in terms of artistic perfection, it’ almost the same thing. The depth of acting when I started is better than the depth of acting now. A lot then depended on the creativity and dexterity of the actothe depth of acting that was selling the movie, there  was no much film trick” 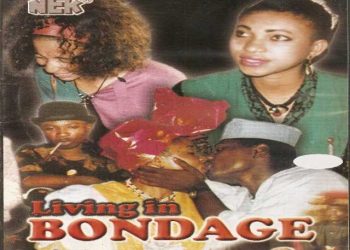 Enugu APC Primaries: I have not been disqualified- Kenneth Okonkwo

2019: You cannot get a better person than President Muhammadu Buhari- Kenneth Okonkwo